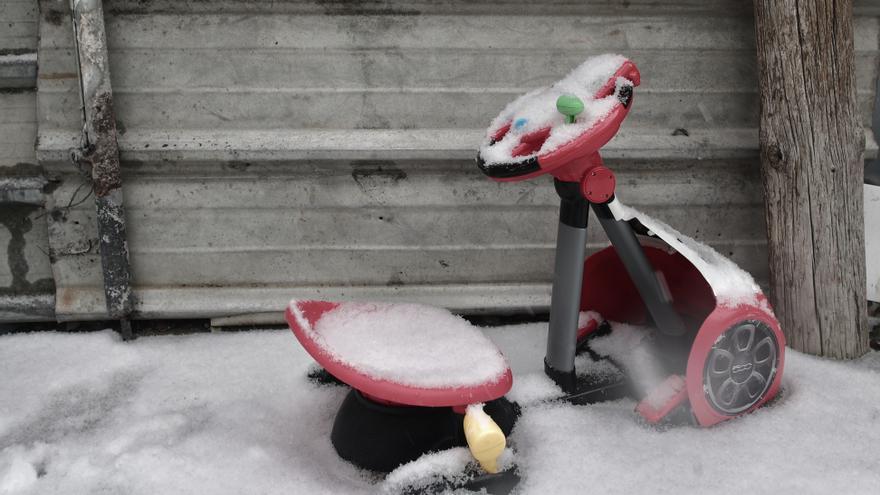 Thus, according to the study, one in three Spanish boys and girls lives below the poverty line (60% of the median of national income), suffer severe material deprivation or live in households with low intensity of job.

Although the document, which analyzes 14 European countries, reveals that no country on the continent is free from child poverty. According to Save The Children, currently, almost 20 million children throughout Europe live in a situation of poverty or social exclusion, a figure that had been reduced in recent years but which has increased again in 2020 due to the coronavirus pandemic. The organization indicates that before the coronavirus pandemic, 18 million children, approximately one in four, grew up at risk of poverty or social exclusion across the EU and after the crisis of the covid-19 this figure, which has already reached 20 million, may increase even more if urgent action is not taken.

The report finds that children who grow up in single or large families, of migrant origin, with disabilities, belonging to an ethnic minority and from rural or disadvantaged areas are among the most affected by poverty.

In addition, it points out that in Spain and the Netherlands, close to 40% of children at risk of poverty come from families with employment, which, according to the NGO, refutes the myth that employment is a guarantee of not growing in poverty.

The report also shows that millions of children across Europe do not have or have limited access to education from 0 to 3 years and early care, “often of low quality”. Save The Children also warns of the struggle of millions of children to have access to at least one healthy meal every day. To reduce this child malnutrition, the NGO appeals to the Spanish Government to extend dining scholarships and ensure free access to a healthy meal a day at school. In Spain, as indicated, the meals aid only reaches 11% of boys and girls in compulsory education, far from the 27.4% of boys and girls who are in a situation of poverty.

In addition, it warns that the coverage of dining room scholarships is very unequal in the Spanish territory: 2% of boys and girls in the Region of Murcia access this scholarship, in Melilla it is 18% and in the Valencian Community and in the Canary Islands , 25%. In this sense, it advises that Poverty is one of the risk factors that explain the high levels of obesity and overweight in childhood in Spain: obesity doubles in families with less than 18,000 euros a year of income compared to those with more than 30,000 euros.

In this sense, Save the Children proposes the introduction of an amendment to the draft law on State’s general budgets to expand the provision of meals aid by 100 million euros and promote access to free school meals until all children under the poverty line in four years, agreeing the latter as the minimum state threshold of income to access these aids.

On the other hand, the report shows that the lack of access to education, health care or a living place Appropriate health can have adverse health, social and developmental consequences throughout the life of children.

In Spain, as he warns, there is hardly any social housingThe percentage of the total park being “one of the lowest in Europe”. In addition, he adds that “deprivation of housing, living in inadequate and overcrowded conditions, the risk of eviction it is the daily reality of the majority of children who face poverty in Europe. ”

Save the Children considers that the development of the Child Guarantee Action Plan in Spain is an important opportunity to tackle child poverty. At the same time, ask the government adopt a comprehensive approach to addressing social inequalities, also investing in the redesign of the Spanish tax system so that it works in favor of families with children in poverty.

Likewise, it calls for an increase in direct financial aid to children and families since, according to it, aid for upbringing is currently among the lowest in the EU, and calls for further strengthening the Minimum Living Income so that, together with the regional minimum income, it reaches families in a situation of poverty and not only in a situation of severe poverty.

Finally, it urges to take advantage of the new instruments to combat child poverty at European level, such as the Child Guarantee, the ESF + and the Next Generation EU Funds, “to continue taking important steps toward achieving a sustainable change for children“.