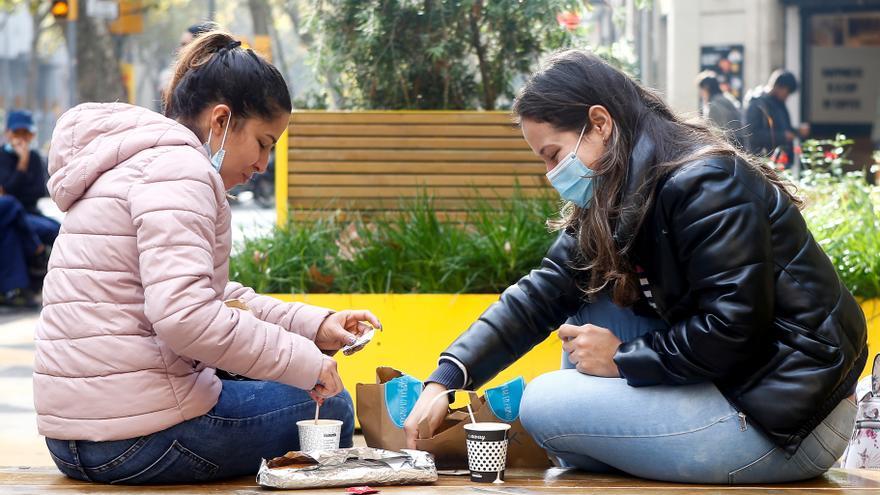 One in four young people in Barcelona has had more difficulty paying for the apartment due to COVID-19. It is one of the main data that emerges from the Barcelona Youth Survey 2020, conducted between March and July with 1,400 young people between 15 and 34 years old who live in the city. 24% of those surveyed affirm that they have had more difficulties to pay the monthly payments, while 5.7% – about 25,000 people, if data is extrapolated – directly declare that they have not been able to pay on time to any rent or mortgage payment .

The survey, presented this Monday by the City Council, also shows how, because of the consequences of the coronavirus, 3% have had to return home to parents or a relative, 1.6% have changed to a worse apartment and 1 , 6% have started sharing. The majority, 63.7%, have not suffered any incidence with housing due to the pandemic.

More data on housing that emerge from the study show that 64.5% of young people between 18 and 24 years old live with their parents, while from 25 to 34 the majority (76.2%) live emancipated. Of these, about 40% live with a partner, 10% with a partner and children, 30.7% alone and 22% share a flat with friends or other people. More than half of those who share a flat do so out of financial need, while the rest do so because they prefer not to live alone.

Another data that portrays a first impact of COVID-19 is that half of the young people surveyed indicate that the economic situation of their home has worsened during the first months of the crisis, as opposed to 5.4% who assure that it has improved. The impact has been aggravated in neighborhoods with lower incomes. In addition, almost 60% believe that the crisis will affect their future ‘negatively’ or ‘very negatively’. “The main affectation is health, but the second is economic,” recalled the Councilor for Youth of the Barcelona City Council, Joan Ramon Riera, during the presentation of the results of the survey.

The unemployment rate among young people aged 16 to 34 intensifies, going from 7.2% in July 2019 to 13.3% in June 2020. In other words, the rate practically doubles in relation to similar dates from last year. Although there are no significant differences by gender, the inequalities of the young population have been amplified according to the country of birth, with 17.4% unemployment in the case of those born abroad, by 9.6% in those born in the state. There are also changes according to the rent. In neighborhoods with lower incomes, the unemployment rate is three times (19.5%) that of neighborhoods with higher incomes (6.3%).

The survey also looks at the impact of the first wave on the academic performance of young people who were studying at that time. More than 80% of those surveyed between the ages of 15 and 29 say that COVID-19 has affected them in some way in this regard. Of these, 84.5% had to follow the course at a distance but what stands out the most is that 37.2% admit that their performance dropped, and 4% had to leave their studies directly for some reason related to the epidemic .

According to Riera, the City Council services have detected that in the context of action, it was necessary to promote individualized advice to young people for their professional future. For this reason, it is proposed to replicate the ‘Decideix’ program, to accompany academic decision-making, to the ten districts of the city during this course, and to develop a guide on constructive and respectful decision-making, aimed at ESO students , Baccalaureate and Formative Cycles. and

More than half of the interviewees (52%) also declare that the epidemiological situation and confinement have affected them psychologically. Despite the emotional consequences generated by confinement, the majority perception of the young population has been that the relationship with their family has remained the same (66.8%) or has even improved (27.3%).