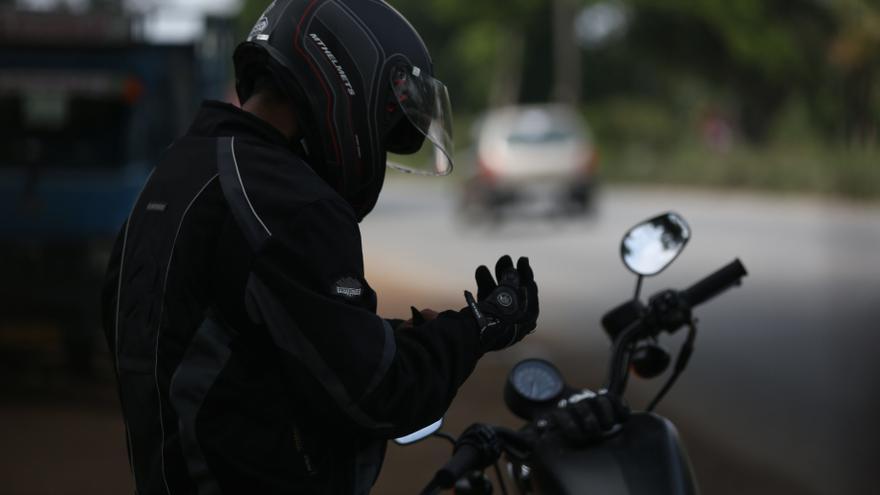 Sixty-seven motorists have died on the roads in the first four months of the year and they almost suppose one in four Dead people. Some figures that pandemic has not been able to stop and that could increase with greater mobility after the end of the state of alarm next May 9.

To the 67 deaths (60 motorcycle users and 7 moped users) on interurban roads until April 29, we must add at least three motorists killed during the first weekend of May. A 62% of all deaths occurred on weekends.

According to the data provided to Efe by the General Directorate of Traffic (DGT), in the first four months of 2020, 41 motorcyclists died (37 on motorcycles and 4 on mopeds), 26 less than this year, but it must be taken into account that from March 15, when the state of alarm was decreed, until the end April, we were homebound.

In 2019, before the pandemic, 74 motorists died in the first four months. Only 7 less than this year, in which long journeys have been limited.

Juan Manuel Reyes, president of the Asociación Mutua Motera, believes that there has been “a regrowth effect“.” We get the feeling that the danger is in the virus and our guard is being lowered a bit. We are more relaxed when driving, more carefree because if we have managed to survive the virus it seems that this is something minor and we are seeing that it is not, “he tells Efe. In addition, according to Reyes, More and more motorists are seen driving without protective equipment, “with the helmet and little else”, something that before the pandemic was very rare.

Motorists, who account for almost one in four deaths and have a high incidence on weekends, continue to be one of the great priorities in terms of road safety, sources from the General Directorate of Traffic (DGT), which works “so that the possible increases in mobility in the coming months do not translate into increases in claims.”

For the president of the DIA Association of Accident Victims, Francisco Canes, the figures are “quite striking”, taking into account that deceased motorists account for almost 25% of the total “when this percentage is far from close to the reality of the number of motorcycles in relation to other types of vehicles or the number of kilometers traveled”.

Speaking to Efe, Canes insists that it is necessary to delve into awareness campaigns and training of motorcyclists, but also of other drivers, “of how vulnerable they are”, and draws attention to the fact that the reduction in mobility has not influenced the number of deaths. The president of Unión Motera also affects the lack of training for all road users, although he values ​​that the DGT is working to promote safe driving courses.

In addition to the relaxation of the drivers, Reyes attributes the high figures to the lack of investment in infrastructure that has dragged on since the 2008 crisis and has been aggravated by the pandemic: dirt on the side of the roads, potholes and containment barriers that are not repaired and a significant deficit of motorist protection systems such as skirting under guardrails , whose placement would reduce deaths by 18%.

Reyes makes a call to the administrations to invest in research, since “if we do not know how accidents occur, we will hardly be able to find a solution to avoid them.”

The government wants to give priority to the most vulnerable users (pedestrians, cyclists and motorists), who already represent 53 percent of the fatalities on the road, and some measures are being designed to protect them. In the case of motorcyclists, the reform of the Traffic Regulations that has been designed includes, among other measures, the possibility of motorcycles traveling on the shoulder at a maximum speed of 30 km / h in the event of congestion.

It also opens up the possibility of using intercoms built into the helmet and the mandatory use of gloves. In addition, the use of the “airbag” is foreseen in motorcycles with high displacement on the road, a measure that Interior wants to make effective in the medium term. Some of these last measures do not like motorists very much, not because they believe that they will not increase safety, but because they consider that more than forcing you have to raise awareness.