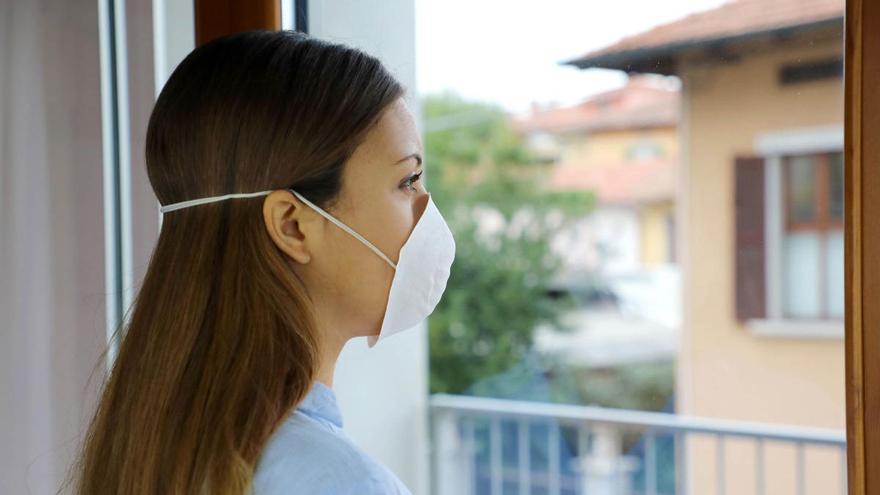 The 25% of canaries suffer symptoms of depression or anxiety and since 2013 the number of people suffering from these pathologies has increased by nearly 50% worldwide. According to data from the who it is estimated that more than 300 million people suffer from this disorder in the world, a fact that, according to forecasts, will make it the first health problem in the year 2050.

"Depression constitutes an important public health problem, given its high frequency, associated disability and mortality, and its impact on the consumption of health resources and on the productivity of the individual," said the doctor. José Luis Hernández Fleta, head of the Psychiatry Service of the University Hospital of Gran Canaria Doctor Negrín.

It is estimated that 2.4 million people in Spain suffer from depression throughout the year and, according to the Canary Island Health Survey 2015, 25% of its population suffers from depression or anxiety. "Considering gender and age, women suffer depression between two and three times more than men and there is also a greater tendency to suffer this pathology in people over 45 years old," explained Dr. José Luis Hernández Fleta.

Although effective treatments are available for depression, it is the world's leading cause of disability and a major contributor to the overall global burden of disease, potentially leading to suicide. The depression represented a cost of more than 6,000 million euros in Spain in 2017. 82.5% of the costs were indirect, while 60.5% of them were due to permanent incapacity for work. "In the case of the Canary Islands, average cost is 5,437 euros, with 247 hospitalizations, with one of just over 25 days of admission, "explained Dr. Hernández Fleta.

If we talk about the prevalence of depression by islands, the doctor states that Lanzarote and Fuerteventura have the lowest rates of depression, while La Palma has the highest rate in Primary Care and one of the highest in Mental Health. Between Gran Canaria and Tenerife, Gran Canaria has poorer rates at the population level, but better in Primary Care and Mental Health, although the differences are not marked.

These data have been exposed in the course of Virtual Forum depression and suicide in the Canary Islands, a space in which the current situation has been debated and during which the White Paper 'Depression and suicide 2020 has been presented. Strategic document for the promotion of Mental Health', promoted by the Spanish Society of Psychiatry and the Spanish Society of Biological Psychiatry (SEPB), supported by Janssen.

"The document collects and updates the latest evidence on the epidemiology, impact and approaches of depression and suicide, among other aspects, from diverse perspectives and innovative approaches. It offers a complete update of clinical and scientific aspects from an integrative perspective, eclectic, with a multidisciplinary approach that transcends health and integrates patients and families ", explained Dr. Carlos de las Cuevas, Professor of Psychiatry at the University of La Laguna.

Suicide is a serious public health problem; however, it is preventable through timely, evidence-based, and often low-cost interventions. "For national responses to be effective, a comprehensive and multisectoral suicide prevention strategy is required," said Dr. Cuevas.

"Depression is one of the diagnoses of metal disorder which is most related to suicidal behavior, assuming a risk of suicide 20 times higher compared to the general population; however, depression is a highly prevalent disorder and fortunately most people with depression do not commit suicide, "he added.

Appropriate clinical evaluation and intervention constitute the main suicide prevention tool in the clinical setting. In the evaluation, multiple potentially involved factors are taken into consideration, among which the risk factors, protective factors, or the characteristics of the suicidal behavior stand out. "For this reason, it is crucial to make a comprehensive approach to the person who suffers, taking into account a cross-sectional perspective of care for Mental Disorders," said this expert.

As explained by González Brito, the Canary Islands Mental Health Plan 2019-2023 (PSMC) has a specific strategic line dedicated to the 'Prevention and treatment of suicidal behavior'. "The Program for the prevention of suicidal behavior in the Canary Islands involves the technical development of the objectives and actions contained in the PSMC. This Program, although it is based on what is established in the aforementioned strategic line, broadens its scope in certain areas that basically include preventive actions to mitigate the probable negative effects of the SARS-CoV-2 pandemic, the differentiation of specific actions directed at the child and adolescent population and the information systems ", González Brito has clarified.

The World Health Organization reports that about 800,000 people commit suicide each year in the world. On Spain, the suicide rate is 7.54 people per 100,000, lower than the average for the European Union (10.75 people per 100,000). "The factors that contribute to suicide, as well as the possible solutions, are complex and multifaceted. Although there is no solution that guarantees suicide prevention, a review of the international scientific literature allows us to identify the most relevant current knowledge on the associated factors suicide and the strategies for its prevention ", explained Dr. De las Cuevas.

Regarding the presentation of the White Paper on Depression and Suicide Dr. De las Cuevas has ensured that this document provides, "compared to other similar works, research focused on key priority areas and balanced among populations, greater transfer of knowledge of the findings of existing research, with knowledge being informed by the perspectives of people with lived experience. Finally, it is intended to allow an accelerated implementation and expansion of existing knowledge and innovation to future clinical practice ".