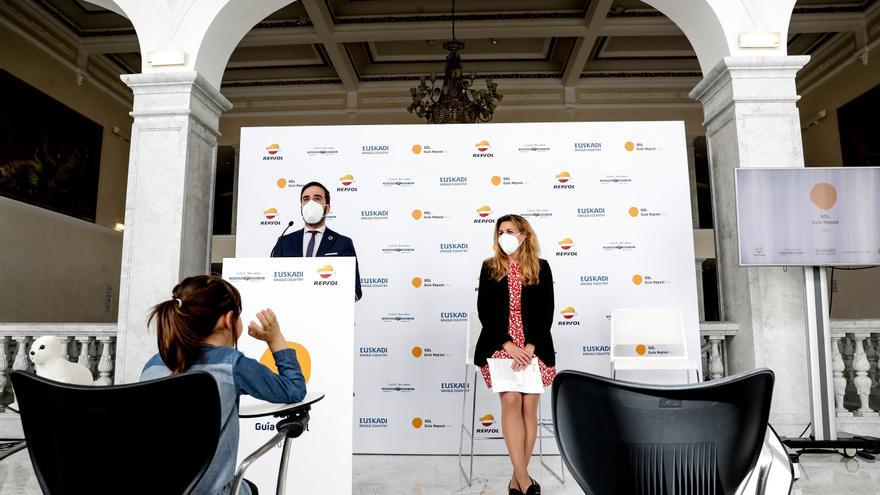 San Sebastián, Apr 11 (EFE) .- Cooks from all over Spain will meet again at the presentation of the Repsol Guide, which in its 2021 edition returns to San Sebastián this Monday to distribute a hundred new soles, with a strict anticovid protocol and the premiere of sustainable sun, which will recognize the environmental commitment of Eneko Atxa (Azurmendi, Vizcaya).

PCR and antigen tests for those attending the Victoria Eugenia Theater and a smaller capacity – a maximum of 180 people – are some of the rules adopted for this gala, whose celebration was delayed from February to April 12 due to the pandemic.

The director of the Repsol Guide, María Ritter, announced in the presentation of the event that a hundred new soles will be awarded in a ceremony that aims to “give visibility” to the “brave” who have worked so hard this year so that kitchens do not are turned off by the effects of the pandemic.

Ritter conveyed its support to the entire sector, subjected to partial and total closures by covid-19, which also made the work of the 53 inspectors, already independent of the Autonomous Academies of Gastronomy, in charge of preparing the list of Repsol suns of 2021.

This team has made about 400 visits to restaurants throughout Spain, with special attention to those in which a very positive progression had been detected in recent times, new openings and those that have given a twist to their proposal.

In addition to unveiling the restaurants that will achieve their first, second or third sun, Repsol launches the sustainable sun category with Azurmendi, by Eneko Atxa in Larrabetzu (Vizcaya), “a temple of coexistence with nature and artisan producers”.

This award, which is now part of the list of winners of the guide, seeks to highlight gastronomic projects that contribute to reducing environmental impact, promote work with local producers and advocate for sustainability in their business approach.

The health security protocol to be followed in this case has been drawn up by the Basque Government’s Department of Tourism, which has also created a Monitoring and Evaluation Committee to monitor the health situation and compliance with anticovid measures.

Previous PCR tests and antigens before the ceremony for all attendees and a capacity reduced to 25%, although the allowed is 50% in the theater, will mark this gala in tribute to a sector that has had to “reinvent itself” when the “The world stopped,” Ritter noted.

This is the third consecutive year that San Sebastián has hosted the presentation of the Repsol Guide thanks to an agreement with the Basque Department of Tourism, Commerce and Consumption, whose owner, Javier Hurtado, expressed his support for the sector, which has faced “great difficulties” because of the pandemic and wished that this gala “is another show of support for professionals who have not stopped fighting, innovating and working.”

In 2020 the guide distinguished 102 restaurants throughout Spain with new soles -except for Extremadura and Melilla, which left empty- and Catalonia was the most “sunny” community with 17, followed by Andalusia, with 14, and Madrid and the Basque Country, which tied with eleven new soles.

Culler de Pau, in O Grove (Pontevedra), and Les Cols, in Olot (Girona), received their third sun, while 23 restaurants achieved two and 77 debuted with the first.

This Monday’s gala can also be followed online and aims to show that “restaurants are safe places.”