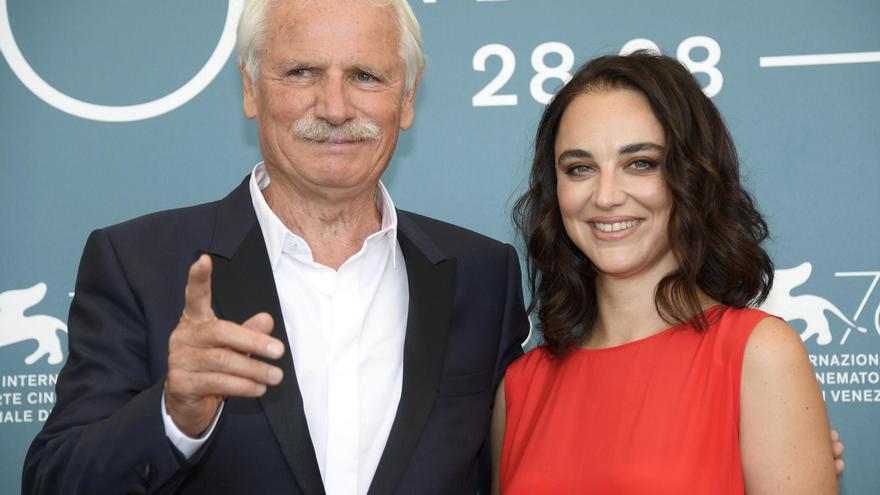 Brussels, March 8 (EFE) .- If you asked someone about your favorite film director, how many people would answer the name of a woman? The answer for French journalist Véronique Le Bris is probably none.

For her, the history of cinema “is like a book” in which there are not “all the pages but a few and that is not fair,” she says in an interview for Efe Le Bris, who now publishes “100 films of women directors “, an anthology that recovers the work of a hundred directors from around the world.

It was the ignorance and the invisibility of the role of women in the industry the main reason that led him to write his work that sees the light in the heat of 8M and that seeks to bring those women directors who are part of cinematographic history out of the shadows .

Véronique Le Bris is not a novice when it comes to feminism and cinema: a few years ago she founded ‘cine-woman.fr’, a web magazine dedicated to women and cinema, and created the Alice Guy Prize, which is awarded every year for the best film by a French director.

“100 films by women directors” is a “unique” work in the literary scene that does not have a critical vocation, but rather a pedagogical one, which opens with a film by Alice Guy, promoter of fiction cinema, and closes with the documentary ‘Woman’ ( 2019) by Anastasia Mikova.

“Putting all the female directors together in one book shows how important and impressive their work was. You have to put them together to show how strong and big they were, ”says Le Bris.

Iciar Bollain, Isabel Coixet and Lucrecia Martel are some examples of Spanish-speaking directors whose works are collected between the pages of the anthology.

Precisely the first two were nominated in the category of Best Direction at the Goya Awards this year and which beat its record of women who were eligible for any award, according to data from CIMA (Association of Women Filmmakers and Audiovisual Media).

Among the names that were finally dropped from the book, Véronique Le Bris especially regrets that of Pilar Miró, for whom she acknowledges a deep admiration and which she was finally unable to include due to the impossibility of accessing her films in France.

Women have experienced an involution within the film industry, explains Le Bris: at the beginning of film history there was a high percentage of women directing, but as soon as it became a profitable industry, women disappeared.

Although it recognizes great strides since the 1940s, the evolution has been slow and uneven, counting fewer female directors in the 2000s than two decades earlier.

“All the time you have to help women to take their place in the film industry because it is completely run by men,” he adds.

Simon de Bouvier said that “women determine and differ from men, and not vice versa; she is the inessential versus the essential ”, a conception of reality that for Le Bris describes how female characters have been historically written in film.

For this reason, she defends the importance of including women in the world of cinema who “always bring a new point of view.”

“I think it is very important to bring more women, more diversity, because they have to show that what they think about society and express what they feel about the world around them, the representation would be more fair,” he concludes.