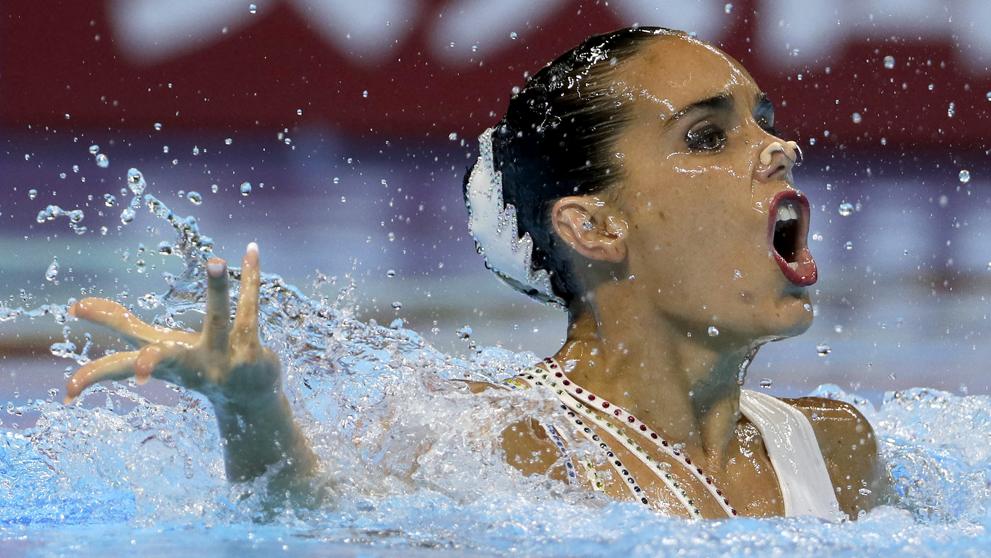 The Catalan swimmer Ona Carbonell premiered at the World Swimming Championships Gwangju (South Korea) with a second place in the preliminary round of the solo artistic swimming coach – as the old synchronized swimming is called -, which allows him to reach the final with silver in the spotlight. Carbonell was only behind the Russian Svetlana Kolesnichenko, current world champion of this discipline.

Carbonell, second only to Russia's Kolesnichenko, already won the silver in the single technician at the 2017 World Cup in Budapest

Carbonell achieved a record of 91,8259
points, only behind the Russian Svetlana Kolesnichenko, who scored 94.1126. In this way, the 29-year-old Barcelonian will be this Saturday in the final of the single technician; a specialty in which he already achieved world silver in the previous Championship of Budapest 2017.

Carbonell, which is the captain of the Spanish artistic swimming team trained by Mayu Fujiki, returns to the competition after almost a sabbatical year dedicated to various activities, including competing and winning the program
Masterchef Celebrity
.

I think you liked it, I'm satisfied. They are many years in sports and it makes me grow as an athlete the fact not only of seeking improvement in the water, but of trying to risk "


"I'm very happy. It has been positive, my coach told me that very well, "said the swimmer, who swam the original exercise
Mandela
, inspired by the values ​​of sport. "I think you liked it, I'm satisfied. They are many years in the sport and it makes me grow as an athlete the fact not only of looking for improvement in the water, but of trying to risk, doing new things and contributing something different to the sport, "he said.

The twelve swimmers qualified for the final of only technician are:

María José Rienda is no longer Secretary of State for Sports

Transfers: The back account has begun: four days after the winter market closes, what does each First team still need?