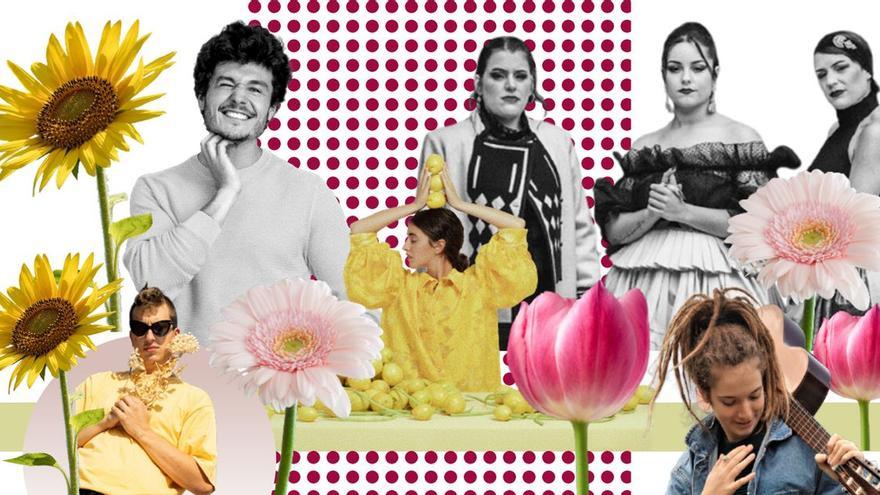 “I remember, mare, that you are duies of the mà. You are young in the face of anava fent-me great. I had fred, but, with a song … feies la nit clearer and més blava that tardor”. Thus began the Catalan version of the ‘La, la, la’ that Massiel led to the top of Eurovision in 1968. In principle, I was going to interpret it Joan Manuel Serrat at the Royal Albert Hall in London, but things were quickly cut short. In the middle of the pharaonic promotional tour of the Old Continent, the singer-songwriter stood only 12 days from the appointment: I would not sing in Spanish the song composed by the Dynamic Duo. “I am and continue to be, above all, Catalan. And in this language I have expressed myself to sing for four years. (…) A man has to be true to himself,” he declared in a letter addressed to numerous media.

Since Spain premiered at Eurovision in 1961, no song in the co-official languages ​​has represented our country

The ‘Bomba Serrat ‘, as the scandal was named by the press, agitated both the street and a Franco regime not used to this type of challenge. Since then, the most varied theories have surrounded this decision: from political pressure to economic agreements. What is clear is that TVE did not like the threat at all, which chose to replace him. Now, 53 years later, this linguistic debate has been reopened… Although with a very different approach. The folk trio Tanxugueiras he wants to arrive in Turin with the Galician under his arm, a decision applauded in equal parts by the public and the critics.

On this occasion, the representative of Spain in the famous contest will be chosen through the Benidorm Fest, a national platform to which any band or soloist could present their project. The deadline to do so ended on November 10, 12 days later than announced. In this regard, the radio and television explained in a statement that it extended the date for having received “many proposals from relevant artists.” Among them, that of the tambourines, winners of the macro-sounding (non-binding) that the specialized website Eurovisión-Spain carries out every year. They were imposed on names of the stature of Rosalia, Aitana, Indigo lola, Ana Mena…

At the moment, Olaia, Sabela and Aida are candidates for this preselection, since only 12 of them will arrive on the Valencian stage next January. Since Spain premiered in the contest in 1961, no song in the different co-official languages ​​of the State has represented our country. “They are different times, so making a comparison is complex. That our participation has been so well received symbolizes all the social changes that we have undergone since 1968. We are proud that our melodies, which draw so much from tradition, have this acceptance “, assure the singers.

It is true that Catalan has already reached the ears of Europe thanks to Andorra, which debuted in 2004 with Marta Roure and her ‘Jugarem a estear-nos’, but has never done so hand in hand with Spain. Whereas Basque, Galician and Aranese have never sounded on his stage. “We are living in a moment in which the peripheries, what is different or what was wanted to be hidden is more visible today. It is good news that promoters or the media begin to listen to songs in other languages: it is something, we insist, that should be natural ”, explains Olaia, who along with her colleagues has been performing in ‘foliadas’ and festivals for five years. His Eurovision bet, still unknown, will follow the path of ‘Midas y Figa’, two compositions as authentic as they are disruptive. “It will sound force, empowerment, tambourine and sisterhood.”

For all three, music is the perfect way to end linguistic-political quarrels that have historically existed in the Spanish territory. There is, for example, the case of Beth in Operation Triumph 2: in 2003, the format forbade the interpreter to converse with her family in her mother tongue during her stay at the Academy. Something that changed with the 2018 edition, when Know her and Miki they sang in Galician and Catalan. Two years later, Startled Girl and Anne they did the same with the Basque. “Little by little, society is understanding that in our country many words, thoughts, cultures coexist … Diversity is beautiful. And that is what makes Spain beautiful ”, relates Miki Núñez who, in ‘Amuza’ (2019) and ‘Iceberg’ (2020), has included lyrics in Spanish and Catalan.

Although it is true that, with the passage of time, this trend is homogenizing in the music industry, there is still a long way to go

The young man from Terrassa (Barcelona) has to his credit an image that, long ago, would have seemed unthinkable: seeing people from Madrid, Seville, Malaga or Murcia screaming at the top of their lungs in their native Catalan. Without complexes or glances. “This is beautiful. Not only because of the fact that we have broken this barrier, but because we have realized that we live in the same space ”, says the representative of Spain in Eurovision 2019 with ‘The band‘. ‘When I touched’Write‘For the first time outside of Catalonia, I had doubts about how the public would react and, in the end, it was the song that they lived the most. They were proud to have banished that taboo“.

Although it is true that, with the passage of time, this trend is homogenizing in the music industry, there is still a long way to go. Izaro Andrés hits the nail on the head: “I don’t think naturalness has been achieved yet. Previous generations have done a great job of repair and now I am part of one of the first lucky batches to receive what was sown, to be able to live in Basque and sing in the languages ​​that come out of me ”. Since his breakthrough in the market with ‘Om’ (2017), he has alternated both languages ​​with complete naturalness. As well as in his concerts all over the map. On his last tour, ‘Limones en Invierno’, he has made 75 bowls, of which 29 have been outside the Basque Country. Most of them sold out. “It is a poetic victory. Although we have tried to prevent with nails, weapons and teeth, human beings have continued to communicate because we want to understand each other and we want to continue to understand each other. For me, that is life.”

Nettle He is one of the most popular musicians of the last couple of years. His electro cumbia halfway between Galician and Castilian has made him a benchmark of the genre at festivals, street parties and neighborhood associations. The project of Manuel González from Santiago (A Coruña) mix the sauce and meringue in a very particular way to which (almost) no one is able to keep their feet still. The best example is in ‘Nanana’ or ‘What more will you give’. “We singers have the obligation to seduce and not to impose. Hence, the attitude that I maintain on this issue of language is the following: this song has come out like this, do you like it? Great. Isn’t it cool? Perfect. And everyone is happy, “he stresses.

Behind this thought, there is an extra motivation: to preserve the identity, heritage and history of their respective regions.

Any other doubt, for him, should be eradicated: “Nobody asks a Frenchman why he composes in one way or another. It’s stupid. But here it does happen because of that complex that always flies overhead. I have themes in Galician because people with The ones I write communicate that way, that doesn’t mean I don’t do them in Spanish. There is no political or philosophical motivation. It is an artistic question. ”

However, behind this thought there is an extra motivation: to preserve the identity, heritage and history of their respective regions. Alidé sans is an Aranese artist (Lleida) who sings in this variant of Occitan, the fourth co-official language in Spain. They just talk about it 5,000 inhabitants of the Arán Valley, more than enough data to carry it as a flag to any part of the planet. “When I go to the United States, Germany or Italy, the first thing I do is say that I speak the language with which the troubadours used to dialogue about love in the Middle Ages,” he recalls. “However, what I like the most about all this is that I show them that we are a living people. Therefore, there is some conversation: biodiversity is made up of plants and animals as well as traditions and identities.”

In his creations a great influence of rumba, reggae and soul is perceived. He mixes them with great pleasure, although what is really important is to fulfill his objective: to open minds. “There is no culture that is above or below the others. Long live tolerance towards differences. Everything is beautiful in this world. ”