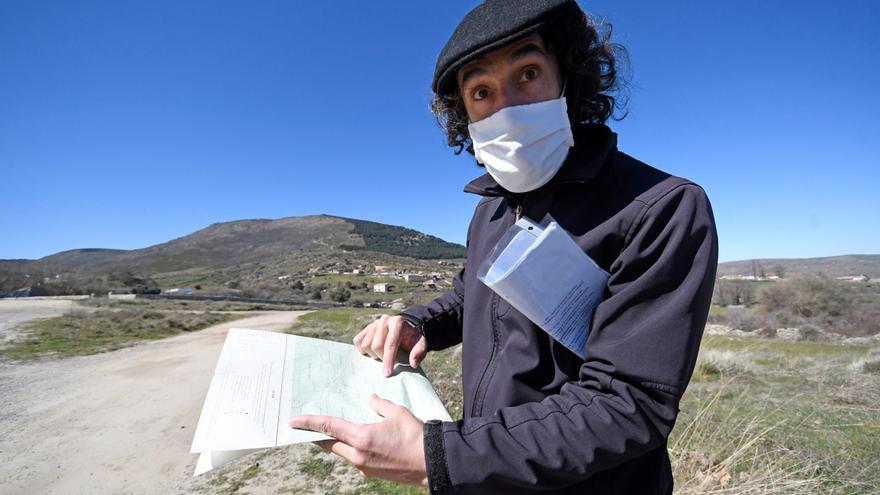 Segovia, Mar 28 (EFE) .- The study of the Canto-Los Hierros deposit, in the Segovian town of El Espinar, has revealed the existence of several Roman camps from the 1st century BC in its surroundings, probably of the troops led by Julio César during the advance of the Roman conquest of Hispania.

It is a site with an area of ​​135 hectares in which remains of an indigenous settlement have been identified with four sections of wall located at the top of a large hill, located just three kilometers from the urban area of ​​El Espinar, between the provinces of Segovia, Madrid and Ávila.

As the project director, archaeologist Iván Aguilera, explained in an interview with Efe, it all began in 2016, when within the framework of the Atajo program, two lines of wall were discovered and the remains of almost a hundred houses with characteristics similar to others. pre-Roman settlements of the Central system such as Castro de Ulaca, in Ávila.

With the passage of time, the researchers were suspicious of the possible existence in that same place of Roman camps in a period after these indigenous populations, which is why several studies were carried out in this regard.

In the first place, an analysis of the area was carried out with a LIDAR remote detection system, which allowed the taking of images of the terrain with a high level of detail thanks to laser technology, and revealed the existence of structures associated with these Roman camps. .

The large-scale vision also allowed scholars to know the real surface of the deposit: “We have been able to corroborate the deposit, the structures that we had detected in 2016 and add more houses and walls, so we have gone from 70 hectares to 135”, Aguilera relates.

A direct survey of the terrain at the end of last year has finally confirmed the existence of at least two Roman camps from the middle of the 1st century BC. After the discovery of some materials, such as tacks from the sandals of the Roman legionaries and arrowheads.

According to this study, the first indigenous settlement was built in the 3rd century BC. C. by populations of vetones, that in the middle of the 1st century BC They were besieged, it seems, by the Roman legions, each one formed by some 5,000 soldiers.

“At this moment, all the space from the east to the Douro River is controlled by the Roman world and Julius Caesar comes to the peninsula to pay for what he wants to do in Rome, which is to capture the maximum power,” says Aguilera.

In search of “fame and booty”, it is known that in the year 61 BC. C. this Roman military man crossed the Central system with two legions and beat the indigenous populations in his path “lowering them to the plain”: he moved them from the top of the hill to a lower area to have them more controlled and carry out “a more efficient taxation” , in the archaeologist’s words.

In addition, there is another detail that makes us suspect the trace of Julius Caesar in this camp and it is the shape of the structures found: “The type of entrance that these enclosures have is a quarter of a semicircle, an access that is always associated with the figure of Cesar, “says the project manager.

These types of structures have been found among the remains of the famous Gallic Wars and, according to Iván Aguilera’s analysis, it is very likely that the tactics that are believed to have been used in this area were a kind of “preparatory strategies” for what was to come.

The Gallic Wars, the Battle of Alesia, the entry of Julius Caesar into Rome through the Rubicon River and his conversion into “the dictator who struck the republic in quotation marks and turned it into an empire,” says the historian .

Aguilera of the site stands out for its vast extension as a pre-Roman settlement, unprecedented in the Iberian Peninsula and with similar findings only in Central Europe, such as the Bribacte deposit in France, and also the inhospitable place where it is located, 1,700 meters above the level of the river. sea.

At this time, his team is waiting for the City Council of El Espinar to respond to the results of the project and, above all, to express its commitment to support with financial means to continue with this study, which until now has been developed in a totally altruistic way.