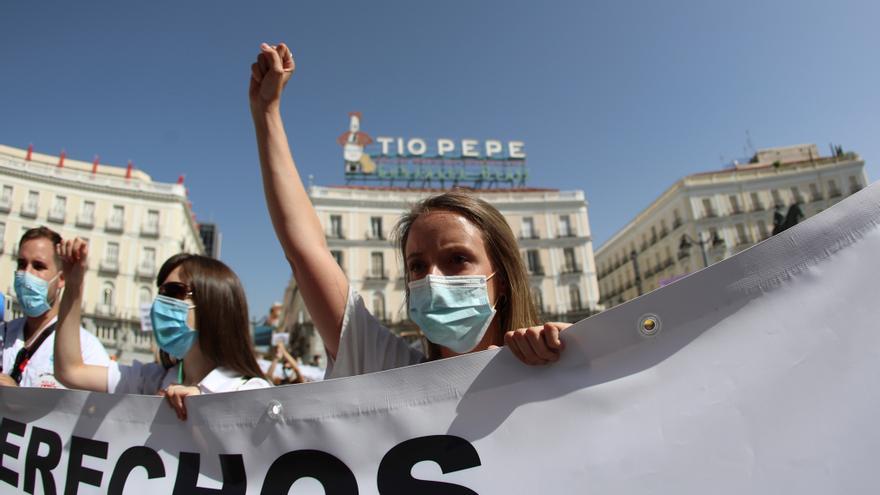 The group of Internal Resident Doctors (MIR) has reappeared in the media. The last time was as a result of the mobilizations carried out by the MIR in the summer and autumn of 2020, to demand better working conditions for one of the most precarious groups of the National Health System in different parts of the State, including Madrid Y Catalunya. This time, it was in Espejo Público, Susanna Griso's program, where a recent graduate explained the reasons why she decided not to take the exam to access the specialization via MIR.

From the first moment of the interview, the objective of the interview is clear: "Why do fewer people show up for the MIR exam in the middle of a pandemic, when they are most needed?" The tone is one of false surprise, indignation, blame, and, ultimately, public signaling of an alleged lack of responsibility of recent graduates and graduates.

After the interviewee rightly pointed out the exceptional situation suffered by people who have finished medicine during 2020, Susanna Griso's response is clear: "Now that you are needed, excuses are not worth it." And he concludes: "The experience of working for a year with Covid, with hospitals totally saturated by the pandemic, I think it's worth living it, right?" Joining the conversation, liberal economist Daniel Lacalle comments: "I am very sorry, but 12 hours a day studying and working at the same time we have all done it."

And not everything ends there, it is not only arrogance and continuous lack of respect, but Susanna Griso misrepresented the job situation of the interviewee, stating that she worked for a private company when in fact she was working for a public one.

This interview hides the real problems with MIR training in Spain. The problem of the lack of doctors in the National Health System is not based on the individual choice of recent graduates. It is a structural problem that has multiple reasons, and all are much more complex to assume politically than individual responsibility:

Let's leave our young doctors alone. Let's stop blaming a group that has been mistreated and held excessively responsible for the shortcomings of the system. First heroes and now villains, at no time have they wanted to be neither one thing nor the other.

If we want there to be more doctors in Spain, let's improve working conditions, increase quality training places, ensure decent job opportunities by ending precarious contracts, and, ultimately, we bet on quality Public and Universal Healthcare.