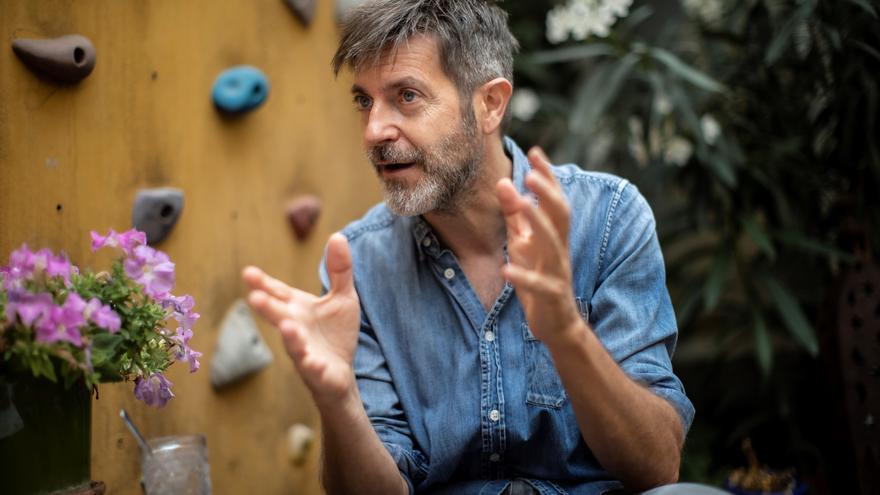 Valencia, Jun 26 (EFE) .- The cartoonist Paco Roca (Valencia, 1969) reveals in an interview with EFE that as a child he drew his own Star Wars comic, that he does not know how to say ‘no’, that he lost his dignity when he signed him an autograph for the creator of The Simpsons and that on his list of things to do he would sing ‘Jesus Christ Superstar’ rather than win a Goya.

QUESTION: Have you always been good at drawing?

ANSWER: I don’t remember not liking it. I made comics to my brothers. He did not draw excessively well nor was he a virtuoso. There were colleagues who did better, but for me playing was drawing. I spent more hours than the rest and I came to draw better than them.

Q: In a graphic novel, what story would you like to tell?

A: I’ve been lucky enough to tell the stories that appeal to me and, so far, people are interested. When I started I drew more adventurous and not so realistic stories, and I have been abandoning them. I’d like to get them back, but I’m a bit scared of misleading readers.

Q: What drawing did you make as a child that you still have?

A: I was a bit of a ‘Star Wars’ geek when I was little. The ‘Star Wars’ movie seemed to me the most wonderful thing in cinema, but I couldn’t see it every day. The only way I could think of to relive what seemed very special to me was to make my own comic when I was about 10 years old. I keep it with love.

P: Your friends call you the doctor “yes”, have you said no to any project?

A: I have a hard time saying no, which has led me to do the most bizarre things in the world. I have wasted a lot of time with things that I did not feel like doing, but I have taken advantage of them, because I have told them on the radio talk with friends or they have become stories in ‘Memories of a man in pajamas’.

Q: What has been the weirdest proposal you have accepted?

A: Many. Once they proposed to me to recommend a movie and it occurred to them to teleport me by turning from home to the cinema. At home there were no problems, I recorded it and did the turns, but then I would appear in the cinema, and at that moment when I was doing the chorra in front of loads of people I was wondering why and if people of culture like Javier Cercas would do this.

A: Both things had their positive side. The time I worked in advertising doing the Pin y Pon drawings was fun and many people have reminded me that they have grown up with those drawings. And the pornography thing got me started; I do not regret it and I think it can be done with dignity.

They were two worlds that, although they did not seem to have anything in common, fit perfectly in the same graphic style, because people asked for the same thing: volumetric drawings, as if they could be touched, soft and rubbery.

Q: If you weren’t a cartoonist, what would you be?

A: I think I do this by natural selection, because I am incapable of doing anything else well. One of my prickles was knowing music. We bought a piano and had a teacher, but it only lasted a few months. I realized that to do it really well I needed to spend the same time as to draw fairly well.

Q: Do you know the lyrics of ‘Jesuscristo Superstar’ by heart?

A: Yes, it must be the music I have listened to the most times. I have it on tape, on CD, on vinyl. My dream is to one day perform this musical. I have not enjoyed more than singing with José Manuel Casañ (Social Security singer) in a concert of ‘Jesus Christ Superstar’ by the Zacarías Duo.

Q: What has been your biggest shrimp for being clueless?

A: Once I had to go to a presentation in Madrid and when I went to catch the train, just in time, the ticket whistled and we saw that it was for the next day. I explained the urgency to them and revolutionized the station. I called the editor to recriminate the mistake and he told me that the presentation was the next day. I kept quiet and went to Madrid the day before: I couldn’t back down with everything they had done to change my ticket.

Q: What were you most excited about signing an autograph for Matt Groening or winning a Goya?

A: The autograph made me very excited. The man saw the comic and bought it, not that he was a fan. I asked him in English for whom and he showed me the accreditation: I read Matt and signed it for him. When the publisher told me that he was the creator of The Simpsons, I lost all my dignity, I shook his hand, he tried to escape and I caught him.

And regarding the award, it was on my list of things to do to sing ‘Jesuscristo Superstar’ before winning a Goya. That year Almodóvar, Iciar Bollaín, Zambrano … many people I admire were nominated. It had the feeling of when you sneak into a party that hasn’t been invited to and you drink it all.

Q: Is it a confessed secret that you have a lower basket to smash?

A: Ha ha, in the house my parents built there was nothing else to do but play basketball. My brothers and I were kids and we put a basket at our height. It is not that I have grown much, but it is great for me to feel tall.

The only other time I have felt high was at an AC / DC macro concert in Mexico. Normally in macro concerts I don’t see anything at all, but in general Mexicans aren’t too tall and for once I was average and I could see it well. You feel like the rest of humanity.