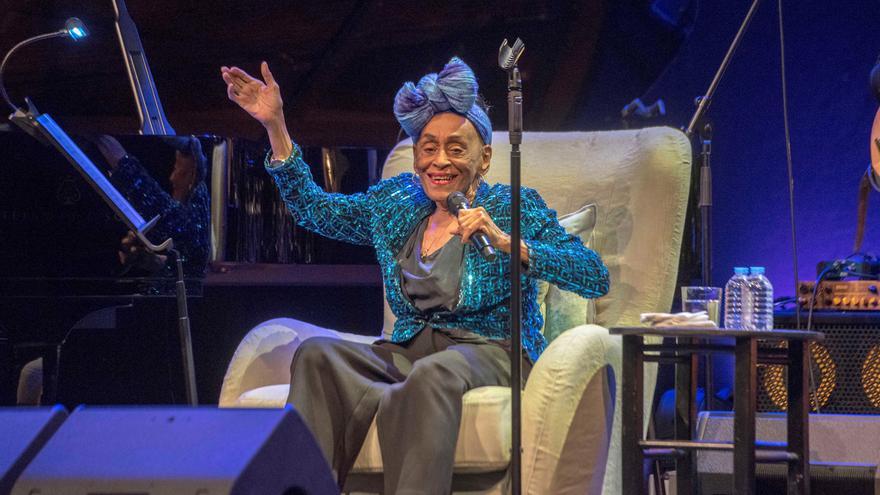 Mahón, Jul 25 (EFE) .- The Splendid Festival Menorca, organized by the Main Theater of Mahón, reached the equator last night with the performance of the Cuban singer Omara Portuondo, who at the age of 91 gave a show full of energy, sensitivity and joy .

Portuondo had included this concert in his “90th Anniversary Tour” and it was the first time that, in his long musical career of 70 years on stage, he had performed in Menorca.

She sang sitting on an armchair on the stage of the Main Theater of Mahón throughout the night, a fact that detracted from the intensity and emotion of the Cuban singer’s performance.

Sanitary measures were complied with at all times and each spectator remained in their seat without dancing, although the temptation was great.

Omara Portuando was accompanied by Roberto Fonseca on piano, Yandy Martínez on bass, Ruly Herrera on drums and Andrés Coayo on percussion, a group made up of some of the best talents of the new generation of Cuban jazz.

Portuondo was kind and personable, interacting continuously with the audience that filled the Principal. He performed songs like “Goodbye happiness”, “Maybe”, “Two gardenias”, “Twenty years”, “Black tears” and “The last night”.

The Splendid Festival will continue with its programming on August 25 with the concert of the Uruguayan composer and singer Jorge Drexler.

Omaro Portuando will perform this Sunday in Palma, at the Fila U Festival d’Estiu.