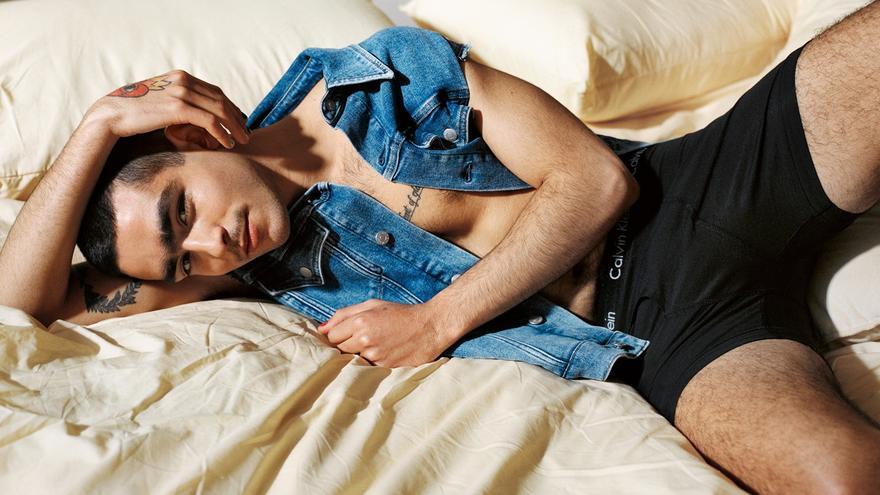 Madrid, May 28 (EFE) .- Omar Ayuso has started the reverse path of many models who see fashion as a springboard towards interpretation. He has gone from one of the most beloved characters in the “Elite” series, to starring in campaigns for international firms such as Armani or Calvin Klein and to inspiring songs even for Rosalía.

Actors such as Jon Kortajarena, Andrés Velencoso or Brad Pitt himself have dedicated part of their lives to fashion to gradually enter the world of acting, Ayuso, however, began acting and uses the power that has given him his image to enter the world of fashion.

The first season of “Elite” was a “boom” on television, it sneaked into more than 20 million homes, and its protagonists ended up, overnight, on the carousel of fame, among them Omar Ayuso ( Madrid, 1998), which has continued to be part of the series until its fifth season, giving life to “Omar”, a young homosexual of Maghreb origin.

A platform that has helped him to enhance the image of a shy boy, with a powerful and serene face who, as he has shown on the red carpets, likes fashion and has no qualms about wearing the most risky trends, shorts or jacket suits bare-chested.

He is recognized as a sensitive man, in his right hand he wears a heart on fire with an open eye inside and on his chest what looks like a warning also in the form of a tattoo: “Heart of glass”.

Looking for the best way to express himself, the actor participates in the latest campaign that Calvin Klein has presented, #proudinmycalvins 2021, the project with which one more year seeks to give a voice to the LGBTQIA + collective.

With it, the firm wants to be the speaker of several members of this community, who highlight key moments that have defined them until they become “free and express their own voice,” the brand said in a statement.

A project in which Omar Ayuso gives his testimony together with the designer Honey Dijon, the artist ARCA, the singer King Princess or Raisa Flowers, among others.

“When I told my mother, -in 2013- I thought that she would be in ‘shock’ or that she would make a scene for me. But she said:” Okay, I buy tickets to see ‘Smiles and Tears’ “, has related the actor during the process.

Months before, Ayuso participated in Armani’s spring-summer 2021 campaign, “Building Dialogues”, a “fashion film” where he showed his proposal for men and women.

Jonathan Anderson, creative director of Loewe, has also seen in the actor the best way to bring the brand closer to the spirit of a youth that adopts comfortable clothes as their usual attire, with a pattern that refers to grunge, punk or mods.

But Ayuso not only starred in the autumn-winter 2021 campaign, he also illustrated some of the shirts with his image.

And in that adaptation to the new times, the actor ended up in Rosalía’s video, “Juro que”, a song he launched in January, and in which he starred alongside Ayuso, who plays his imprisoned love.

“It was wonderful to work with her, a gift,” the actor told a music station, which recognized his surprise when they told him about the project, which he accepted without hesitation for a second.

Omar Ayuso has started an escalation in which he diversifies his work without setting limits.