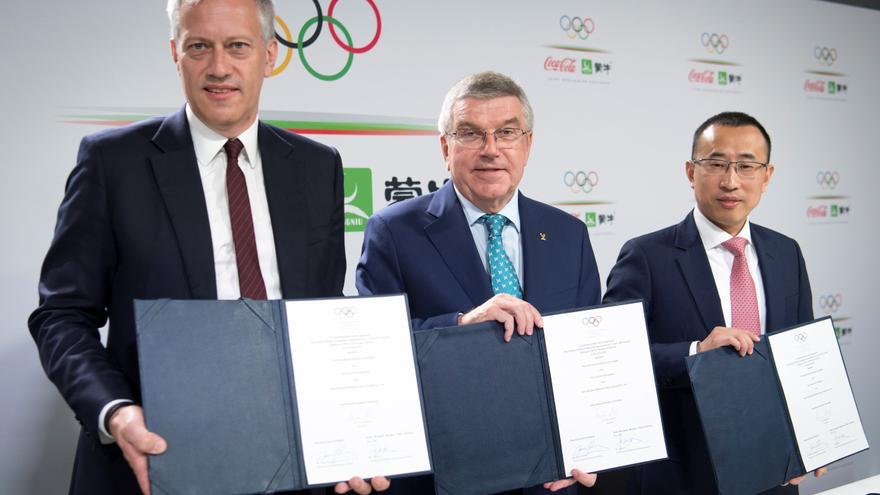 The Olympic Games from Tokyo 2020, held last summer, came very close to reaching a historic goal of the sport. The 48.8% of the participants were women, the highest percentage in history, already touching an unimaginable parity just three decades before: in Barcelona 1992, the female presence was 28.8%, 20 points less than in the last Olympic event. Face to Paris 2024, the goal of the Olympic movement is for parity to be absolute, without nuances: half and half.

The clear and evident advances in the sports courts and fields, however, are not reflected in the offices in which the fate of the sport is decided. Women continue to be underrepresented in decision-making bodies. Currently, the female presence in the executive committees of the Olympic federations is of the 22%. Although it is the highest figure in history and is constantly growing, inequality continues to be more than evident.

The analysis of the composition of the executive bodies of the 34 members of the Association of International Summer Olympic Federations, next to the International Olympic Committee, also reflects that not only are women much less numerous than men, but they also hold positions of less responsibility. In the vice-presidencies of the federations, the percentage falls from 22% overall to 17% (26 of 151) And in the presidencies, it remains at a Pyrrhic 6%. In other words, only two international federations are currently chaired by women: the golf and the triathlon. In a few days, barring surprise, the table tennis she will also be added to that list, since the sole candidate for the presidency is a woman.

In all but four federations, the number of men is at least twice that of women

In all federations except four (triathlon, gymnastics, golf and rowing, in addition to the IOC), the number of men doubles at least that of women. In many cases, one of the few women present at the addresses corresponds to the representative chosen by the athletes themselves by voting.

“Some federations have been operating for 100 years and originally they did not do it like the big companies that they are now, but like men’s clubs. Progress is being made, but the older the federation is, the more reluctance is perceived for the incorporation of women into its governing bodies “, points out Marisol Casado, Spanish leader who chairs the world triathlon federation (International Triathlon Union) since 2008.

The low presence of female competitors in the Olympic Games of the past explains in part the current difference in the federative governing bodies, made up largely of former athletes: since there were fewer women competing, there are now fewer women with international recognition. “The hope is that this parity of athletes will be transferred to the governing bodies in a few years. But it will still take time, I trust that within a decade this change in trend begins to accentuate, “says Casado.

In the entire history of summer Olympic sport, only four other women, in addition to the current Married and Annika Sörenstam in golf, they have been presidents of international federations. Three of them are concentrated in the equestrian, a federation until a few years ago governed by royal families, which had in its most relevant position Anne of Windsor, Pillar of Bourbon (sister of King Juan Carlos I) and Jordan Beech. The fourth name on this list and the only non-royalist is the Dutch Els van breda, in charge of the field hockey federation between 2001 and 2008.

At the national level the situation is even worse. There is only one president in those 34 federations, the rowing one, Asuncion Loriente. And in the non-Olympic, a total of 32, the rescue and first aid in the only one chaired by a woman, Isabel garcia. “It is easy to feel alone, I go to many meetings in which I am the only woman. If I stopped to think about that, maybe I would not go. We lack references, see examples that encourage us, some accompaniment. If my presence serves so that another woman take the step, fantastic, “reflects Loriente.

The lack of references, as explained by the head of Spanish rowing, is another of the main problems, given that women are presidents in small federations or with reduced media impact. There has never been a woman in charge of the IOC, of ​​the COE or the international federations of football, basketball, athletics, swimming, gymnastics …

“Sometimes I have felt a little excluded in the cliques, I have been for almost a decade being the only president of an international federation, and in the meetings cliques are formed that in the end are huddles of men“adds the international triathlon president.” The sport had been a more conducive terrain for men. They have to get used to working with us and we to managing ourselves in that area in which we did not enter until recently. It is a question of education “, reflects Loriente.

“The movement that we live now of women leaders in companies and governments is still recent. In the end, the barriers are essentially cultural or social, exceed the sports field. And also, running an international federation requires traveling a lot, having complicated schedules, being available almost 24 hours a day … difficult to reconcile“acknowledges Casado, who highlights the good work that other international federations such as rowing or cycling are doing to advance in terms of equality. Although there is still a lot of work ahead.