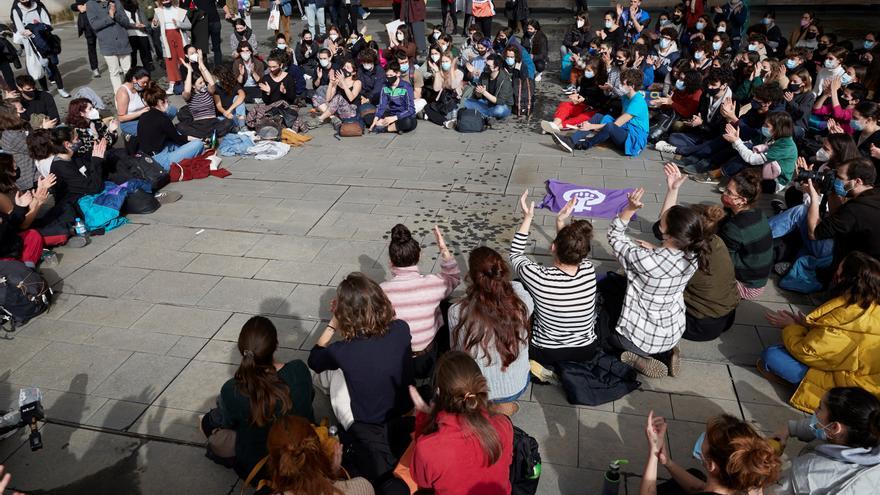 Barcelona, ​​Feb 23 (EFE) .- The theater director Joan Ollé has claimed the presumption of innocence in the face of complaints against him for sexual harassment and abuse of power by students of the Institut del Teatre, where he works as a teacher, despite understand that “the sentence has already been handed down.”

In a statement sent to the radio program “Aqui, amb Josep Cuní”, of Ser Catalunya, in which he collaborates with a section, Ollé thanks “the words of support received” before the accusations.

“I do not want to enter the dance of this fiery parallel justice, media and networks, even though the sentence has already been handed down. I vindicate the right to the presumption of innocence, as fundamental as the freedom of the press”, continues Ollé in the statement .

The director concludes his brief note by stating that he wants nothing more than “to appear as soon as possible before the competent bodies of the Institut del Teatre and the Barcelona Provincial Council in order to clarify this matter.”

Ollé will foreseeably meet today with the management of the Institut del Teatre to give his version of the events in light of the complaints of various students revealed last Sunday by the newspaper ARA.

The Institut del Teatre de Barcelona announced on Monday that it was withdrawing Joan Ollé from classes “immediately” while initiating “a research process on his work as a teacher” at the center.

The Institut del Teatre also agreed to launch a Commission provided for in the Protocol for the prevention, detection and action of sexual harassment, based on sex, sexual orientation and / or gender identity, which will initiate the global investigation of the facts , in which other professors who no longer work in the institution would be involved.