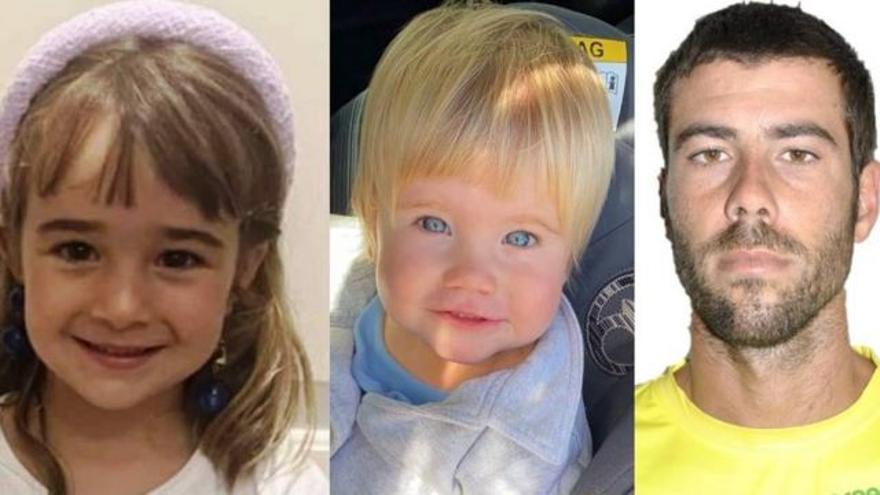 It has been a month since the Olivia’s lifeless body, the 6-year-old girl who disappeared with her one-year-old sister Anna, on April 27, was found at a depth of 1,000 meters by the Oceanographic vessel Ángeles AlvariñoThe toxicological reports will take time, as reported by the Superior Court of Justice of the Canary Islands about the delay for this analysis, which will determine the exact cause of Olivia’s death.

The preliminary autopsy carried out on the body of little Olivia, aged six, concludes that died of acute lung edema, according to sources from the Superior Court of Justice of the Canary Islands.

The results of the toxicological, biological and histopathological analyzes carried out on the minor are still pending to know if before suffocating them, as the investigation maintains, Thomas Gimeno she put them to sleep with pills, which would determine if she suffered any form of physical violence or was suffocated.

Anna and Olivia disappeared with their father, Tomás Gimeno, on April 27 and since then the mother of the girls from Tenerife has shared several posts on Instagram. The last one was a week ago, when the following was published: “When we created these social networks, we never imagined the love and support they would have, and despite how hard these months have been, it has been thanks to the love of all of you that Beatriz has been able to move on”.

More than two months after the disappearance of Tomás Gimeno and his two daughters, Anna and Olivia, the researchers support their main hypothesis: the father weighed the girls to the bottom of the Tenerife sea and then jumped into the water to kill himself. The oceanographic vessel Ángeles Alvariño mapped an area of ​​250 square kilometers of surface between approximately 100 and 2,000 meters deep and 392 hours were filmed in the dives of the robot Liropus 2000. In these tracking tasks no bone remains of the father of the minors were found.

Juan Ortega Machín, the diver and former head of the Special Group of Underwater Activities (GEAS) of the Civil Guard, explained in the COPE chain that the stoppage of the operation has been motivated by the circumstances. “They were already in a precarious situation due to the working hours of the machinery, for that reason, the judge will have seen that there were no possibilities to continue. Much more has been done than could be done, the expectations have been clearly exceeded. From a technical point of view, things have been achieved that were not counted on, since the volcanic terrain does not help at all. They have worked well and preserved the material, although there has been a serious risk of losing it “, he exposed.

“It was fortunate to find Olivia because the bag was weighted with the anchor, but he did not get into a bag. Tomás Gimeno threw himself with the lead belt into the sea and was exposed to everything; to the natural degradation that occurs by death and the action of the nearby fauna, which will eliminate all the remains, making it more difficult to find something. If it fell into a muddy area, with sedimentation, all this makes it hidden. Without a doubt, we would already be talking about a skeleton “, he assured.

The case could remain open for 20 years

The case of the murder of Anna and Olivia could last 20 years if the body of Tomás Gimeno does not appear, as confirmed by judicial sources. The statute of limitations for a crime of murder is 20 years on the assumption that the sentence imposed or requested for a defendant is 15 years or more. The judicial authority can decree the provisional file of the case, as long as there are no news and, if there are any, it could reopen it.

And so that a missing person is officially declared deceased, ten years must elapse since the last news of the same was had. The declaration of death of a missing person has effects on the succession of assets.