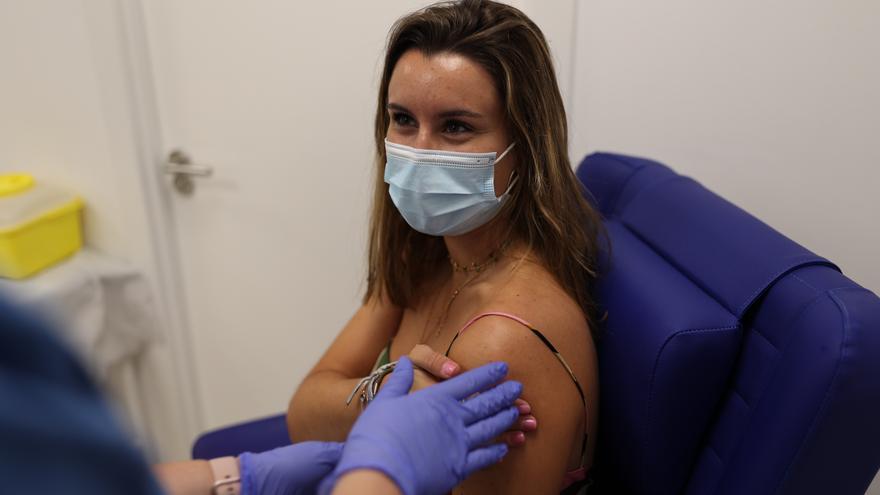 Washington, Jul 13 (EFE) .- The popular American singer Olivia Rodrigo will visit the White House this Wednesday, where she will meet with the President of the United States, Joe Biden, and will record videos to promote the vaccination against covid- 19 among young people.

At 18 years old, Rodrigo is one of the most promising young artists in the country, and the Biden government is confident that her visit will provide an impetus for more members of “generation Z” to decide to get vaccinated.

“Tomorrow, Olivia Rodrigo will visit the White House to meet with the president and doctor (and epidemiologist Anthony) Fauci, and to record videos about the importance of young people getting vaccinated,” a White House official told Efe on Tuesday , who requested anonymity.

Rodrigo will publish the videos on his channels on different social networks, where he has a total of more than 28 million followers, and in them “he will answer important questions that young people have about what it means to receive the vaccine,” the source added.

The visit was also announced on Biden’s Instagram page along with a photo of himself as a young man, the president wrote: “I know this young man would have been vaccinated.”

“But we have to manage to protect other young people as well. Who is willing to help?” Biden asked in his post.

From her official Instagram account, Olivia Rodrigo replied: “Count on me! See you tomorrow at the White House!”

In the United States, young people between 18 and 29 years old are the age group with the lowest vaccination rate: just 38% had received at least one dose by the end of June, according to a recent report by the Control Centers and Disease Prevention (CDC).

That worries the White House, which has seen the vaccination rate in the United States stagnate just as the delta variant of the coronavirus is gaining steam in the country.

56% of Americans 12 years and older have received the full guideline, and that rate has been growing very slowly for weeks, so the White House has intensified its efforts to convince the most skeptical.

To reach the very young, in particular, the White House has reached out to pediatricians and summer camp organizers, recruited social media influencers, and walked Fauci through YouTube channels and Tik Tok.

Rodrigo’s help is probably his most powerful resource so far: with his debut album “SOUR” and specifically his ballad “Driver’s License”, the former Disney star this year became the most listened to in the Anglo-Saxon world, ahead by Justin Bieber or Ariana Grande.