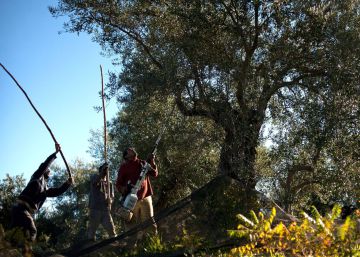 The sharp fall in olive oil prices in recent months, up to less than two euros per kilo in origin – well below the average production costs – compared to almost four of two campaigns ago, has been the trigger of a crisis. But it is not a crisis that has occurred overnight, but has long been dragged by a historic offer in the countryside and poorly organized, with few buying industries, a market in recent years without mechanisms of regulation, a distribution at sale prices and a consumer who is often not willing to pay more for higher product quality.

This situation is fundamentally associated with high stocks in the markets after an abundant campaign, but at the gates of another down, so there would be no objective reasons for this price behavior. However, the reality is that price drops to two euros when there are high harvests, and rises to almost four euros per kilo in years of deficiencies, also respond to old mismatches throughout the chain, from production to consumption , which have never been addressed or treated insufficiently. There are no objective reasons for this crisis just because of the surpluses.

The problems in the olive oil sector start from production, with some 1,800 oil mills of which 900 are cooperatives that control the bulk of production, but where dispersion dominates at the time of marketing. Although several cooperative groups have been established or strengthened in recent years – such as Dcoop, Oleoestepa, Jaencoop-Olivar de Segura, Subbética, Interoleo, Oleotoledo, Unió – with a total production of more than 500,000 tons, their weight is not same in the markets when operating individually.

The dispersion in the supply has been followed by the high concentration in the industry that reduces the sales of the producing sector to half a dozen large groups such as Sovena, Deoleo, Migasa, Aceites del Sur, Maeva or Borges.

The oil, despite the commitments made in its day between the Administration and the large distribution, It remains as a claim product, with offer prices in many cases below cost that the sector denounces as sale at losses, all this added to the strong weight of the cheap white brand with a share in the environment of 60%.

From the perspective of the markets, the practical elimination of community regulatory systems, without support for storage by demanding high prices to trigger aid, they have left the sector in the hands of large operators and without defense mechanisms.

In recent years, the efforts and inventions of the interprofessional to increase demand and highlight the image of olive oil as a consumer have failed a quality product that has a price. With the help of the large distribution, the image of the oil has remained as that of a cheap product in the internal market and for export. There is a rise in demand with sunk prices and a reverse decline. To the average Spanish consumer, unlike Italian, a liter of oil seems expensive for more than four euros and it changes to sunflower as it happened two years ago.

The interprofessional, based on production and industry quotas, will handle 39 million euros between 2019 to 2024, of which about 31 will be for promotion. Of them, 20 for campaigns abroad and the rest for the internal market. Unlike the huge funds of sectors such as soybeans, the possibilities of promoting oil with these quantities are like a drop in the ocean, so It is still exported or marketed in Spain mainly based on prices.

When referring to the sector crisis, it is not possible to generalize and it is also necessary to speak of two very different types of sectors in the olive grove and with different problems: the traditional intensive or superintensive new on trellis, with high yields, and the olive grove of dry land and in slope, with low productions and of a high quality for which the industries do not pay not even the great distribution involved in their bidding war. Faced with average production costs of 2.75 euros per kilo, in an intensive olive grove the prices at the origin drop to just over two euros, while in the pending olive grove that figure is not less than 3.50 euros per kilo .

Finally, when talking about profitability in the sector, they should be taken into account too Community aid that was set in your day based on your income. Thus, while an intensive olive grove can exceed 700 euros per hectare, the slope olive grove receives a sixth, without any Administration having decided to compensate this type of crop for its weight in sustaining the rural environment and defending the environment. ambient.

More than a million self-employed who have been forced to confine themselves, punished by the Treasury