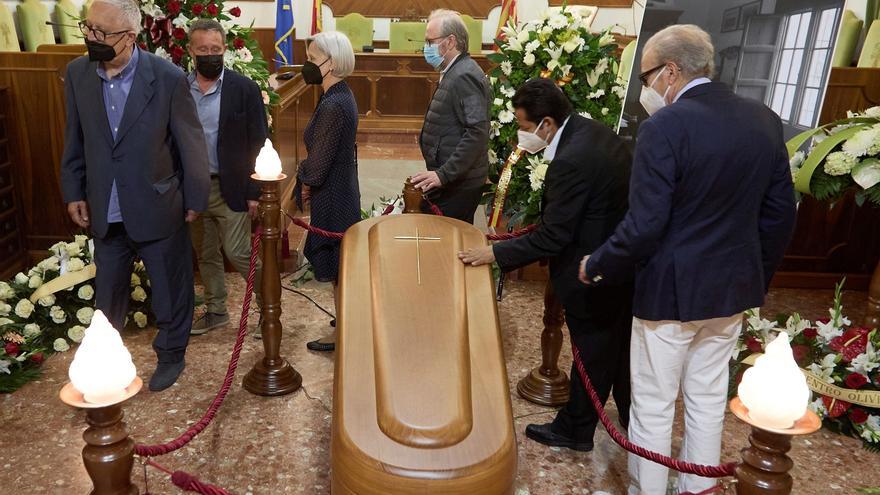 Oliva (Valencia), May 22 (EFE) .- The Oliva City Council has opened this Saturday, shortly after 10:00 am, the burning chapel with the mortal remains of the poet Francisco Brines, a native of this Valencian municipality, who died Thursday at 89 years old.

The coffin has been installed in the plenary hall to receive the homage of the residents of the municipality, to which the writer moved 25 years ago, to the Elca family estate, now headquarters of the foundation that bears his name and that will manage his legacy .

Francisco Brines entered a week ago, a day after receiving the 2020 Cervantes Prize from the kings at his residence in “Elca”, in the Gandia hospital to undergo surgery for a hernia.

The writer died on Thursday night due to complicating his delicate state of health, which already prevented him from collecting the highest award for Hispanic letters on April 23 at the headquarters of the Cervantes Institute in Alcalá de Henares (Madrid).

The Oliva consistory yesterday decreed three days of official mourning as a sign of mourning for the death of his favorite son and one of his most illustrious neighbors, an academic from the Royal Spanish Academy (RAE) and awarded, among others, with the National Prize of Literature, the Reina Sofía for Ibero-American Poetry, the International for Federico García Lorca Poetry and the National for Critics.

Before the opening of the burning chapel, the most intimate friends and the members of the Francisco Brines Foundation have dismissed the writer with an emotional tribute in Elca, the place where he spent his childhood and that inspired many of his verses and in the that now will remain and his legacy will be disclosed, more than 30,000 volumes and fragments of Art History that the writer acquired throughout his life.

The Minister of Culture, the also Valencian José Manuel Rodríguez Uribes, plans to travel to Oliva at noon to visit the burning chapel of the poet, the last Cervantes Prize.

The chapel will close its doors at 5:45 p.m. and at 6:00 p.m. a response will be held in the church of Santa María in the municipality, which will be attended by relatives and those closest to the poet.

The coffin will be transferred tomorrow to the Golden Room of the Palau de la Generalitat de Valencia, where a burning chapel will be installed, which will remain open from 10:00 a.m. to 1:00 p.m.

The Valencian Government has declared three days of official mourning in the Valencian Community for the death of the poet, the first Cervantes Prize that Valencian letters have.

The writer will later be buried in the Valencia cemetery, where the family pantheon with the remains of his parents is located.