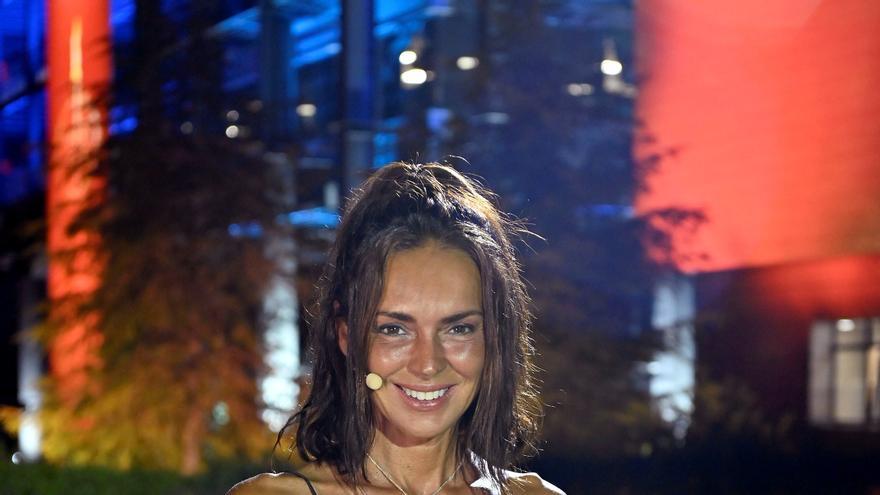 Madrid, Jul 24 (EFE) .- Olga Moreno, the wife of the controversial television collaborator Antonio David Flores, has been proclaimed champion of the last edition of "Survivors" in a season in which the curiosity for everything that surrounded the contestant has been the protagonist of the program.

Moreno has managed to win the title of champion and with the 200,000 euros of prize of one of the most successful and long-lived reality programs on Spanish television, with more than two decades on the air.

The 45-year-old from Malaga, who is dedicated to the world of fashion - she is a designer and has her own clothing store - has managed to prevail in the final vote held at dawn on Friday against Gianmarco Onestini, an Italian model, a television collaborator of 22 years old and former contestant on “Big Brother VIP 7”, who has lost 16 kilos in the adventure.

“I will have liked it more or I will have liked it less, but at all times it has been me. I have tried to do survival. I don't know where I got my strength from, ”the contestant pointed out in her final statement, a few minutes before proclaiming herself the winner thanks to the votes of the spectators of the gala broadcast on Telecinco.

The participation in the contest of the wife of Antonio David Flores was questioned in the previous weeks, after the former son-in-law of Rocío Jurado was removed from the Mediaset programs after accusations of mistreatment he received from his ex-wife Rocío Carrasco in a documentary that began airing on Telecinco shortly before the contest.

Moreno finally decided to participate and, during the three months that the experience has lasted, he has been cannon fodder for Telecinco programs, especially due to the participation of Rocío Flores (daughter of Antonio David and Rocío Carrasco) in different programs to defend and support to his father's partner.

The young woman, who participated in the last edition of the contest, has come to the set to receive Moreno, accompanied by her brother, who suffers from a genetic disorder known as Angelman syndrome and had not appeared in the media until now.

In this edition of "Survivors" there have been sixteen famous contestants, most of them familiar faces from other reality shows, some artists and various celebrities, many of them related to each other, a formula used by Mediaset to enhance the drama.

The other two contestants who have made it to the final were Melyssa Pinto, former participant of "Mujeres y Hombres y Viceversa" and "La Isla de las Tentaciones 2" and Lola Mencía, contestant on "La isla de las temptaciones 2".

This has been the longest edition in the history of "Survivors", with a total of 101 days in Honduras. The contestants of the program presented by Lara Álvarez, Jorge Javier Vázquez, Carlos Sobera and Jordi González began the contest separated into two groups and with different conditions.

Half on the Island of Pirate Morgan, with greater freedom of movement and better chances of getting food, and the other half on the Aground Ship, with fewer resources to survive and difficulties for mobility.

This year there has also been a novelty, the "Isla exierro", a third location to which the contestants went after being expelled.

After the previous edition was surprised in Honduras by the outbreak of the pandemic, there have been no problems with the coronavirus in these months and from the beginning of filming, "a strict protocol of sanitary measures integrated by the established recommendations was put into practice. by the WHO, the Ministry of Health, the Community of Madrid and the Spanish audiovisual sector.

With a team of about 300 people in Honduras and Spain, Mediaset considers the program as "the most complex and demanding production of television in Spain" with a technical deployment of twenty cameras (four of them underwater), two drones to take shots day-to-day aerial in the keys; three helicopters for the jumps and transfers between the keys and the mainland, and more than 20 boats for the movements by sea.