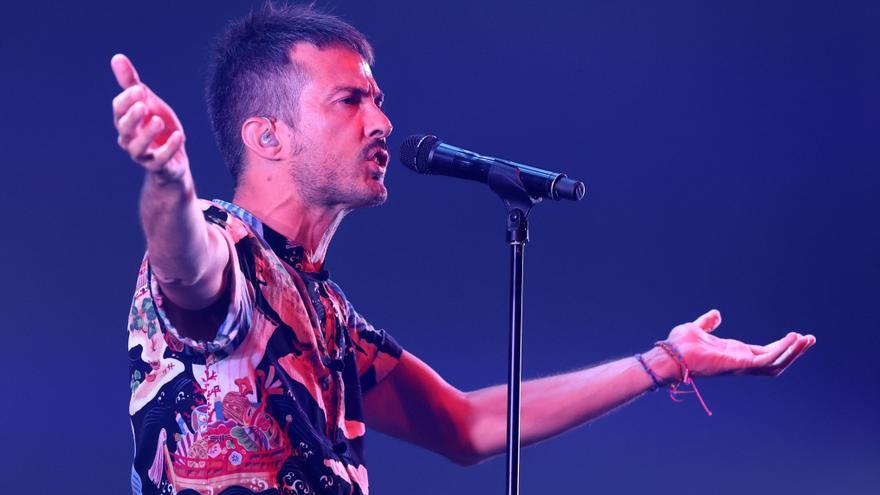 Madrid, Jul 26 (EFE) .- A year ahead of what will be their first concert at the gigantic Wanda Metropolitano, the Madrilenians Vetusta Morla continue to certify the condition of prophet in their land with fewer and fewer emblematic spaces to conquer. Today, those from Tres Cantos have taken over another one: the Royal Theater.

Renamed by them as “the unreal theater”, it was the first of two consecutive nights in this operatic coliseum and more than a year and a half after their last concert in the city, in December 2019, when no one could suspect what was coming. .

In this way, Vetusta Morla has started a new cycle that could coincide with the end of the covid-19 crisis and of the great musical events: with a new album in the making, “Cable a tierra”, of which he has made sound for the first time the “folkie” preview of “Finisterre”, and the call for that great concert at the Wanda Metropolitano in 2022.

While waiting for the new material, today we have opted for a repertoire that has celebrated its entire career since the initial “Un día en el mundo” (2008), distributing the nearly two dozen songs in an almost Solomonic way among its four studio records.

There has also been time to enjoy rarities such as “The good guys”, taken from the OST of the video game “Alice’s rivers” (2013), or “Forbidden hugs”, the solidarity theme that they launched in May 2020 in the fight against the coronavirus.

With 1,300 seats occupied according to the reduced capacity of 75% arranged by the pandemic, and after a warm applause that has sounded like a longed-for reunion, this two-hour debut has started as usual with the bars of “The rare days “.

It is true that the start has seen González dealing with some technical problem, but this has not prevented the general enjoyment and with “Palmeras en la Nieve”, the third cut after “What makes you great”, the energy has taken off. Point for a first blast afterward with his infallible “Master Strike.”

“This tour is made to celebrate life and feel that we are alive,” said Pucho in his first words, before dedicating the concert to his “family”, that “technical section that in the world of music has always been in a fragile balance on the verge of collapse “and that has suffered so much with the stoppage of the live industry due to covid-19.

The singer from Vetusta Morla also celebrated his arrival at the Teatro Real. “It is a pleasure to be here, but seen the concept of the royal, perhaps it should be the Unreal Theater, because there are things that one does not even believe,” he added in a direct dart to the scandals of the monarchy.

In the purely musical, the careful projections and lighting have stood out in the background; and in the foreground, some songs that, older or more recent, have been grafted seamlessly with the naturalness of the classics: “Council of wise men”, “Damn sweetness”, “Copenhagen” ‘, “Fire”, “Boca on earth “,” June 23 “or a cosmic” Old school “(with that verse so accurate at this time:” Those who are no longer speak “).

Until this moment, it was hard to tell from the sextet’s concentrated grin if they were enjoying themselves. All except Martín, who has given air to each song with his voice and gestures, expressive as if he were hearing them for the first time and claiming every inch of the stage.

Then the surprise of the night has arrived, “Finisterre”, a song that after its premiere did not generate great expectation, but that tonight has exploded live, especially with the accompaniment of the Palencia quartet El Naán, which leaned around an old bread kneading table, as if the flour and yeast were still there, knocks sounds out of the last hollow in the wood.

This has marked a before and after between the band and the respectable, who have suddenly shaken off the solemnity of the space to become something less respectable and more like the usual effusive public, standing up for the first time to sing at the top of their lungs ” For himself who can “,” Brave “or the cathartic” Saharabbey Road “.

At the final stage they have arrived with an acoustic version of “The good guys” and the emotional “The forbidden hugs”, still timely, with images of the medical personnel who have fought the pandemic on the front line and which has allowed to recover once again the health applause .

This ephemeral relaxation of pulsations has been just that, a mirage before undertaking another energetic ascent, the last one, with “La deriva”, “Cuarteles de Invierno” and, again, a “The rare days” that has concluded with the most of the thousand souls of the Real clapping their hands as in the best night of opera in its history.