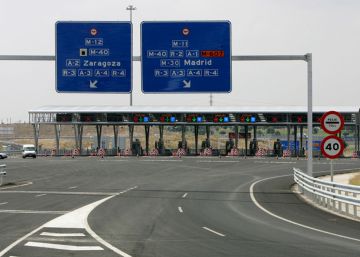 The willingness of the Government not to pay a single euro for the Patrimonial Responsibility of the Administration (RPA) for the bankruptcy of the concessionaire Airport Axis, former promoter and operator of the M-12 highway in Madrid, has activated the alarms in OHL. There is also uncertainty between construction companies exposed to broken highways and debt-holding funds.

The signature of the Villar Mir family is the first major affected, due to the construction debt that dragged its M-12 to the bankruptcy proceedings. OHL now trusts its interests by appeal filed in the Supreme Court by the bankruptcy administration, against the formula for calculating the RPA, and the allegation before the Ministry of Transportation against the resolution that sets the compensation, advanced by Cinco Días.

Sources familiar with the file of the M-12 affirm that the concessionaire, 100% owned by OHL, went to liquidation with 528 million debt. Of that figure, 262 million hung from the bank that supported the works, and another 266 million are directly or indirectly related to the OHL group, among uncollected work, credits to the concessionaire, expropriations payable and payments to a compensation account for “Traffic defects” between 2012 and 2017. The firm that directs José Antonio Fernández Gallar hoped to recover part of the effort and funds invested in Axis Airport.

The figures contrast with the recognition, by the State, of an RPA for works on the M-12 of 113 million and 37 million for expropriations. At the resulting 150 million, the application of the formula to calculate the compensation subtracts 84 million for compensation paid by public funds for expropriations and another 11 million invested by Transportation to update the state of conservation of the infrastructure. The recognized RPA is therefore 54 million. A figure that has still been discounted 195 million to deal with expropriation processes payable, which leaves the RPA in 140 million in negative and prevents the distribution of compensation among the holders of the right to collect: essentially OHL and the funds that bought the debt from commercial banks.

The RPA calculation formula, which emanates from the Council of Ministers on April 26, 2019, was already denounced before the Supreme Court by the M-12 bankruptcy administrator. The appeal was against the indemnity ceiling of 305 million against the liability of 528 million in the contest. The linear method of infrastructure amortization was also denounced.

With that case still to be resolved, the bankruptcy administration now returns to the load, cite sources familiar with the process, against the result of the RPA in this hearing process. And wait for the final resolution to, in this case, go back to the Supreme. This step could be extended even one year.

The formula of the discord and the agreement of interpretation of the broken concession contracts, endorsed by the State Council, fixes the equity value of the investment in expropriations, works and real estate, the calculation of the amortization and the interests, among others issues. New RPA calculations of the other seven concessions rescued and managed today by the public will be published in the coming weeks Seittsa. In the construction sector, also among financial creditors, Low cost compensation is expected in view of what happened with the M-12.

Opportunistic funds only Taconic, King Street, Attestor and SPV, holders of more than 70% of the debt of the competitions of these highways, claimed between 3,500 and 4,500 million after buying the credit positions to the bank.

Among the eight highway concessionaires broken by the cost overruns of land expropriations and the fall in traffic during the crisis, Madrid Accesses (R-3 and R-5) has the highest compensatory roof.

Of the 3,305 million planned as the maximum global RPA calculated by the Government, the one that was a subsidiary of Abertis will not exceed 637.9 million. A maximum of 40.7 million is contemplated for R-2 (Henarsa); R-4 cannot exceed 559.6 million; Cartagena-Vera (Aucosta) has a limit of 526.8 million; there is a maximum estimate of 487 million for the AP-36 (Ocaña-La Roda); Ciralsa’s creditors aspire to 398 million, and Madrid-Toledo (AP-41) has a cap of 348 million.

For the M-12 of OHL, the aforementioned 305 million were foreseen, a figure that contrasts with the 528 million commercial and financial debt and the RPA of 54 million recognized by the Administration.