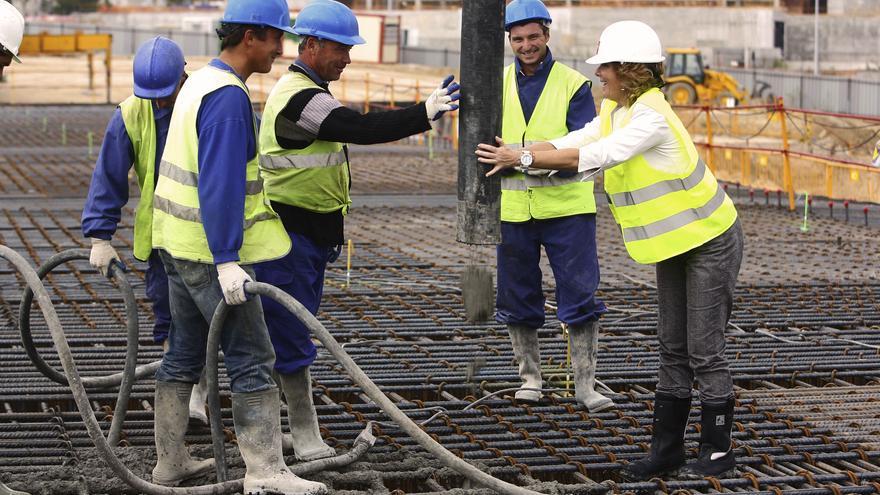 The Government of Isabel Díaz Ayuso has had to pay 39.1 million more after the delay in the payment for the litigation of the train to Navalcarnero and alleges that the cause of corruption for which Ignacio González will sit on the bench has influenced the delay . The OHLA Construction Company, the former OHL founded by Juan Miguel Villar Mir, has announced this December 28 that the Community of Madrid has paid it more than 162 million euros for a project that never ended, the train to Navalcarnero, as recorded in the Registry of the National Securities Market Commission.

The nonsense surrounding this infrastructure project by Esperanza Aguirre has not ended with this millionaire disbursement of public money; It still remains for the National Court to judge Ignacio González, number two of that Executive and later President of the Madrid Government, for allegedly having received a commission in exchange for awarding the project to the company founded by Juan Miguel Villar Mir, a businessman who donated box B of the PP, according to Bárcenas' papers.

In the communication from the CNMV it is specified that of those 162,389,692.28 euros paid out of the pocket of the Madrilenians, a total of 39.1 million correspond to late payment interest that the Community of Madrid had to make for the "settlement of the contract ”of the public work corresponding to the“ New Railway Transport Line between Móstoles Central and Navalcarnero ”.

The works never finished and now the Government of the Community of Madrid intends for the Ministry of Development and the central Government to finish financing the infrastructure, as advanced The country. The current regional executive argues that if at the time it was Esperanza Aguirre's government that undertook the failed plan of the train to Navalcarnero in 2005, it was because the cabinet chaired by José Luis Rodríguez Zapatero refused.

"A public transport infrastructure had to be provided to the residents of the affected municipalities," alleges a spokesman for the Ministry of Transport. At the time of approval of the plan for the train to Navalcarnero, the Madrid Minister of Transport was María Dolores de Cospedal. elDiario.es has also asked the Ministry of Public Works for its position on the future of the works, but at the end of this edition it had not received a reply.

And the more than 39 million for late payment? The Government of Isabel Díaz Ayuso justifies this surcharge that will come out of the regional coffers because it has had to wait for “a study of a technical report” and another of a legal nature, the latter because the work was affected by the piece of the Lezo case that investigates the plots of corruption of previous regional governments of his own party.

That of the train to Navalcarnero is only one of the pieces of the Lezo case and is still pending sentence. In June, Judge Manuel García-Castellón opened oral proceedings against Ignacio González and the former head of the construction group Francisco Javier López Madrid, Villar Mir's son-in-law. The Prosecutor's Office asks for González four years in prison for a crime of influence peddling in competition with another of bribery. Anti-corruption raises the jail sentence requested for López Madrid to six years.

At the request of the Prosecutor's Office, the Criminal Chamber of the National Court excluded the founder of the group, former minister Juan Miguel Villar Mir and circumscribes responsibility for the corruption case to his son-in-law, López Madrid. In total, six people will sit on the defendant's dock, including Adrián de la Joya, a historical collaborator of Commissioner Villarejo and who received the 2.5 million euros in commissions from an OHL account in Mexico.

The money from the commissions has not appeared and all the defendants deny their participation in the events. De la Joya assures that the money that went to one of his accounts in Switzerland corresponds to money owed by OHL for a project in Africa. Ignacio González asks for the nullity of the proceedings Because the entire international investigation would have started from a tip-off with manipulated data from Commissioner Villarejo, complying, according to his defense, with orders from the "political rivals" of the former president of the Community.

The train to Navalcarnero is today a set of 14 kilometers of abandoned works since 2010. The award had occurred three years earlier in that era in which Aguirre presented pharaonic works one after another. The machines began to do their work but the project was stopped because the concessionaire went bankrupt, which gave rise to the disputes that the company maintains with the Administration. OHL defends a judicial claim of 370 million euros to the Administration, a figure that according to the regional Executive does not correspond to the “technical assessments” made, which reduce it to the 122 million paid, plus the surcharge for late payment. OHLA shares were boosted this Tuesday by more than 3% after the communication of the CNMV of the payment of 162.5 million euros by the Community of Madrid, reports Europa Press.