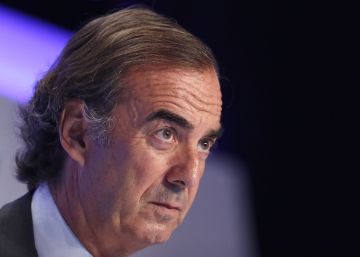 A confrontation over a minor issue between the Spanish partners of the Al-Shoula consortium, responsible for the construction and commissioning of the high speed line between Mecca and Medinain Saudi Arabia, the OHL’s distrust of the impartiality of the Spanish Court of Arbitration (CEA).

The latter was chosen as an instance to settle the differences between the 12 Spanish allies in the development of the historic project, but the construction of the Villar Mir family arrived at the courts (Civil and Criminal Chamber of the Superior Court of Justice of Madrid) claiming the cancellation of an award of the CEA of September 27, 2018.

OHL’s claims were dismissed by the Madrid court and it was ordered to pay the costs for the defense of Indra, Consultrans, Imathia, Inabensa, Talgo, Copasa, Cobra, Adif, Renfe and Ineco

Among the different causes presented by OHL, the company’s suspicion about the lack of objectivity of the CEA to mediate internal conflicts of the consortium can be seen. He wielded his economic, organic and labor dependence of the Chamber of Commerce of Spain (CCE), whose plenary are members of Al-Shoula as Indra and the public Renfe, Ineco and Adif, you are through the Ministry of Development. Similarly, OHL recalled in its application for annulment that the secretary of the Arbitration Court himself holds the same position in the Chamber of Commerce of Spain.

The construction company argued the absence or invalidity of the arbitration agreement; He added that the procedure was not subject to what was agreed by the partners and that the competence to resolve conflicts corresponded to the Court of Arbitration of the International Chamber of Commerce (ICC). Too complained about contacts between the CEA and legal representatives of the other 11 Spanish partners of the consortium to choose the arbitrator without the construction of Villar Mir being informed of it.

OHL’s claims were dismissed by the Madrid court and was ordered to pay the costs for the defense of Indra, Consultrans, Imathia, Inabensa, Talgo, Copasa, Cobra, Adif, Renfe and Ineco.

The firm chaired by Juan Villar-Mir and his companions in the Desert bird they agreed in April 2010 that they would submit any dispute related to the contract to arbitration in Madrid and with rules of the International Chamber of Commerce. But the pact was amended on May 21, 2010 with an addendum set by the Spanish Court of Arbitration to resolve conflicts.

In parallel, the Spanish partners of Al Shoula and his two Saudi allies, Al Shoula and Al-Rosan, signed between June and July 2010 an agreement that provided for the resolution of disputes in Paris and in accordance with ICC regulations.

In case there is controversy over the instance to resolve conflicts, the Spanish part of the consortium amended its agreement again establishing the prevalence of the provisions of the Consortium of Spanish Partners about the Consortium of Spanish and Saudi Partners. An addendum that gave preponderance to the CEA over the ICC in case of confrontation between the firms of this country.

On December 31, 2013, finally, there were three contracts between the Spanish companies to establish the procedures for the invoicing of general, common expenses and the risk pool. Among the arbitration clauses, it was foreseen that the problems were resolved by the Spanish Court of Arbitration.

It was in July 2017 when the dissent over the works related to “medium voltage in the Medina Warehouse and the BOCC building” jumped. The partners decided to submit to arbitration in the CEA to decide which partner or partners corresponded to the awarded works and the costs of carrying them out. That award was on which OHL filed an annulment lawsuit.

The TSJM determined, however, that OHL and the rest had submitted to the CEA; He considered that the legal representative of the consortium maintained contact with the Court unaware that OHL was opposed to its intervention, and that it did not appreciate evidence of bias in the course of the CEA.

The award of the Spanish Court has already indicated that “the presence in the Plenary (of the Chamber of Commerce of Spain) of a Ministry such as that of Development is a circumstance that does not determine any inclination of the Court, since the weight of a member of the Plenary in the operation of the Court is void ”. And the ruling of the TSJM adds that OHL does not specify how Fomento would have tried to influence the performance of the CEA.