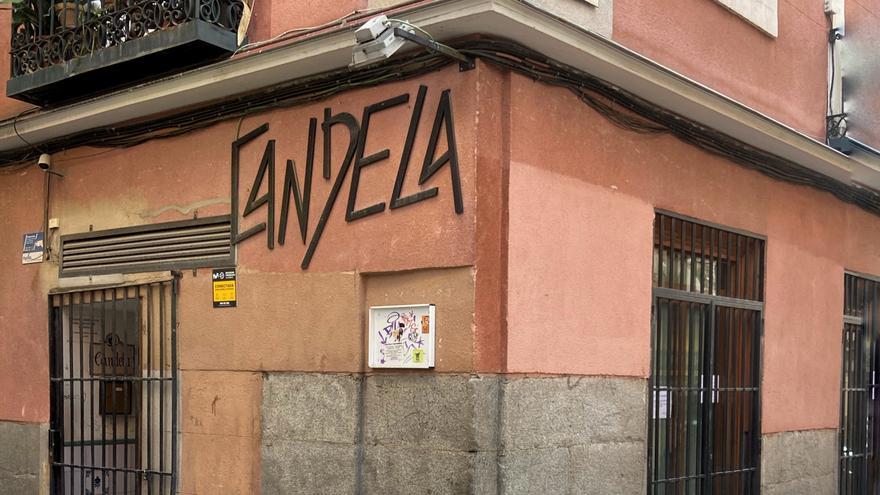 In the sentimental memory of those years there is always a woman who hums a song with a clip in her mouth. Because, back then, women used to sing in the patios when they hung out the laundry.

They were songs of love and tears, couplets that they listened to through the transistor radio and that they later made their own, taking them to their throats with a mixture of joy and habit in the face of the blind routine of day to day.

When modernity began to enter Madrid, our sentimental memory was threatened by colored hair and Columbus’s boat. They called it Movida, but, more than a movement, that was a reaction to the purest, to the neighborhood flavors that surround simple things. From then on, like someone who doesn’t want the thing, relations began to be falsified, and money began to rise in price just like any other merchandise.

In those days, a purebred boy named Miguel, from a working-class family with a red heart, opened a bar with the naive purpose of maintaining the sweet customs that were doomed to disappear. It was a hospitable place, where everyone was well received, and where the leading role would be played by music that had been instrumentalized by the Franco regime; yes, I mean flamenco music.

The dimension that that place would take over time crossed the borders of the hotel industry, and the Candela went on to become a reference point for the Madrid nightlife. Because since 1982, until the other day, when it closed forever, Candela has been more than just a flamenco bar. To say it with all the majesty it deserves, the Candela has been an institution of hegemony in Madrid culture. His cave, with bare lime and a bare light bulb on the ceiling, hosted nights of catharsis where the duende -paraphrasing Lorca- would be reduced to the edge of a cesspool.

There are many names of artists who went down to his cave to decipher the most remote arcana in it. Painters like Ceesepe, Bonifacio, Luis Claramunt or Miquel Barceló, actors like Juan Diego, singers such as Camarón, Morente, José Soto or Pepe Luis Carmona, singers like Mayte Martín, guitarists like Paco de Lucía, el Bola, or Tomatito, dancers like Sara Baras or rockers like Lenny Kravitz on his way through Madrid, frequented the magic of Candela.

The list is endless, as infinite is the memory that takes us back to the Lavapiés neighborhood down Calle del Olivar, semi-corner of Calle del Olmo, there where one fine day, a generous kid pulled the thread of memory until it returned to the times in which they sang in the patios, times in which in the summers, at night, the neighbors took out their chairs to the cool of the portal, and the clock stopped forever.

For this reason, when modernity arrived in Madrid, and the speed of the AVE and ADSL prevailed over the times, there was always a place where you could feel like in your old home, when things were simpler and the world was still discover, when the clothes still did not disfigure the facades and could be hung on the balconies. When the taste of the neighborhood dissolved in the sky of a palate always covered in stars, and desires were shared with the eternity of infinite things.

And all this happened while a flamenco dancer afflicted with lovesickness, he went through the tables on his pilgrimage through the Candela, looking for himself through time.