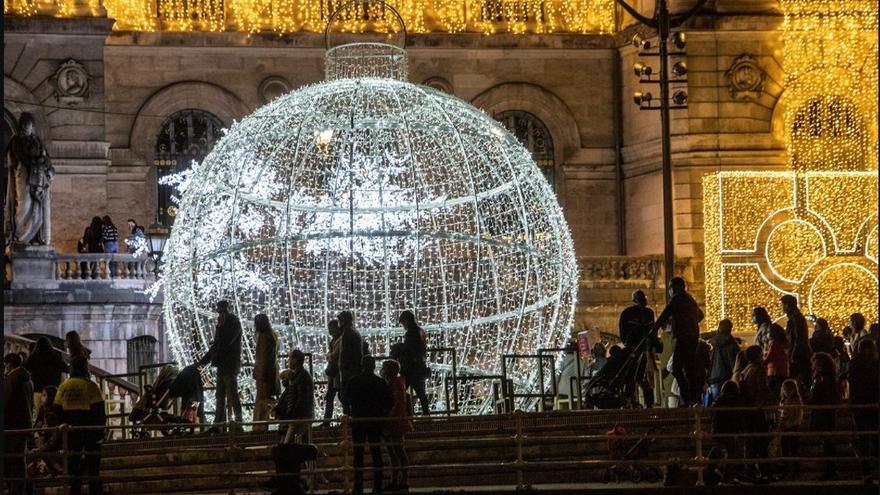 The Government and the autonomous communities agreed on 2 December a common frame on restrictions for the Christmas holidays in the middle of the pandemic. It is a minimum document from which the autonomies can extend the restrictions depending on their epidemiological situation.

Among these guidelines, for example, there is the maximum of ten people who may meet at Christmas lunches and dinners on December 24, 25 and 31, 2020 and January 1, 2021. The rest of the days the restriction to six individuals. Another point refers to the curfew hours, which will start later, at 1.30 in the morning on Christmas Eve and New Year's Eve.

For their part, the autonomous governments have already begun to regulate their particularities, for example with regard to displacement or the differences between "relatives" and "close friends". The latter refers to whether a special emotional bond with any of its residents is sufficient to be able to enter or leave a territory on these dates. After the state of alarm approved on October 25, in the midst of the worsening of the pandemic, most communities (and many provinces) have perimeter closures, that is, they prevent the population from entering and leaving their territories.

The director of the Center for the Coordination of Health Alerts and Emergencies of the Ministry of Health, Fernando Simón, warned this Thursday that it will be difficult to reduce the accumulated incidence of infections (now it is 189 per 100,000 inhabitants in 14 days) during Christmas because the Vaccination will not yet have spread, which could make a third wave of the pandemic unstoppable, now that the second wave is flattening in Spain. These are additional restrictions that some autonomous communities have already announced, while others, such as Castilla-La Mancha, will do so in the coming days:

Andalusia: Board will finally include relatives in the meetings that can be carried out this Christmas "by imposition of Health". The maximum number of participants will be ten people. In parallel, between Friday, December 18 and January 10, mobility between provinces will be allowed and the opening hours of bars and restaurants will be extended, with two shifts: from morning to 6:00 p.m. and in the afternoon between 8:00 p.m. and 10:00 p.m.

Balearics: It has not announced new measures, but they have to review the phases that are applied on each island on the 15th. Mallorca could enter level 4, so the measures would be the most restrictive possible, reports Angy Galvin. In addition, national tourists who travel to the Balearic Islands from December 20 must present a negative PCR, as is already the case with international travelers from November 23. The Balearic Government will offer the possibility of doing a free diagnostic test to residents who return to the islands.

In addition, Canarian residents who are in the peninsula, whether they are students or not, may have a diagnostic test of active infection before returning to the islands for Christmas, a test that the Canarian executive will pay for.

Castile and Leon: Community will keep the perimeter closure until next January 10, although not for relatives and friends, who will be able to travel on the key days of the Christmas holidays: December 23 and 26, January 31 and 2 and January 5 and 6. The curfew is only extended on Christmas Eve and New Year's Eve until 1.30 am, while on January 5, like the rest of the days, it remains at 10 pm.

Euskadi: He perimeter confinement de Euskadi will rise only from December 23 to 26 and from December 30 to January 2. Hospitality is reopened in municipalities with a 14-day cumulative incidence rate of less than 500 infections per 100,000 inhabitants. From December 23 to January 6, visits and outings for the elderly will be allowed: "two family members in the same visit", at least twice a week and lasting one hour.

Galicia: He has not finalized his plan for Christmas yet. The Xunta plans to approve it next Tuesday. This Friday, the councilor for Health, Julio García Comesaña, said that "we are not dealing with the concept of a relative at the moment." In addition, given that in Galicia there are quite a few municipalities with perimeter closure, he has said that the decision has not been taken, but that "it would not make sense to be able to go to Madrid to visit a relative and not the next town hall," he reports Beatriz Muñoz.

Madrid: Holds for the moment no additional restrictions the minimum plan agreed with Health. The Community will close the autonomy perimeter at Christmas from December 24 to January 6, except for relatives and close friends, who may access and leave. This exception will not be applied in a few specific days as other autonomous communities have decided.

Murcia: In the Region, the curfew is set between 11 pm and 6 am, but during Christmas the start will be delayed until 1.30 am, "only to allow the return home." Will exist perimeter confinement of the community, but not between the municipalities. Although initially they were opposed to the fact that the relatives could enjoy a relaxation of the restrictions, for the moment they will follow the criteria agreed in the Interterritorial with Health that does include them, along with the relatives, reports Elisa reche.

Navarre: It will further limit the perimeter closure for family reunions and it will only be possible to enter or leave the community from December 23 to 26 and from December 30 to January 2. As for residences, the norm is still being outlined, reports Rodrigo Saiz. Already is known that they will be able to meet only with a family nucleus and they will be made PCR before returning, in addition to that the residents will have to keep isolation for several days. In addition, whoever wants to leave or enter Navarra at Christmas to meet with their family or relatives must sign a responsible declaration stating that they are traveling for this purpose, a document that can be downloaded on the pages of the Administrations.

Plans for residents of healthcare centers

In addition, in some autonomous communities these plans focused on the entry and exit of residents in care centers for the elderly and dependents have already been announced. So in Estremadura the residents they will be able to leave of their centers to celebrate the parties at the home of a relative, if possible in a single address, but this output may not be less than 24 hours.

Specifically, the Board "recommends" that the stay outside the residence be "at least four days", since it is the period in which, according to the Board, they have verified that there is "a recovery from cognitive impairment" caused by isolation most of these users have suffered since the start of the pandemic.On their return to the center, they will undergo a diagnostic test to rule out COVID-19 infection and, even if this is negative, the resident will have to live a quarantine period of "a few days with protective material."

For its part, Cantabria will require residents that they go home at Christmas, that they are out of the center for a minimum of seven days, and that a PCR test is carried out upon their return.