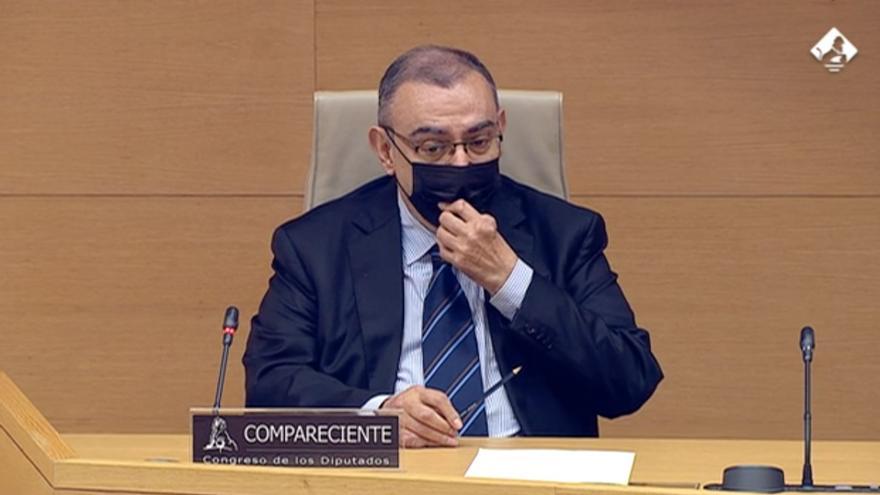 Commissioner Enrique García Castaño has said in Congress that Commissioner Villarejo entered to participate in the espionage operation against Bárcenas by order of Interior Minister Jorge Fernández Díaz and his deputy, Francisco Martínez. “Of course the secretary of state and the minister were aware of the operation,” said the commissioner, former head of the Central Unit for Operational Support (UCAO).

García Castaño has spoken before the Kitchen committee about an “Operation Bárcenas” because, according to him, there was never a Kitchen operation ‘simply an order from the deputy operational director, Eugenio Pino, to recover the money hidden by the treasurer. On this he has said that he reported weekly to the then head of the UDEF, the now retired commissioner Manuel Vázquez; to the DAO Pino and sometimes to the Secretary of State for Security Francisco Martínez. These last two are accused in piece 7 of the Villarejo case, but not the commissioner Vázquez. Fernández Díaz also remains under investigation.

Commissioner Enrique García Castaño confirmed in Congress this afternoon his statements in court about the dumping of three mobile phones of Luis Bárcenas that his driver gave him and that he acted without a court order because “an opportunity like that cannot be lost: thus you work in the Police ”.

The socialist spokesman, Felipe Sicilia, has asked him with what judicial order he acted and García Castaño, now retired, has answered: “It’s called opportunity. If a person tells you that they have electronic devices and that the next day they can leave them for half an hour… that immediacy, that opportunity cannot be lost, that is how the police work ”.

Before the incredulity of the socialist spokesman who asked, Felipe Sicilia, García Castaño, now retired, has clarified that they were terminals without battery, in disuse, and that his obligation was to check what was in them. As he has declared before the Kitchen chaos judge, his subordinates copied the contents of those terminals in a cafeteria in a few minutes and returned them to the driver who had infiltrated the family.