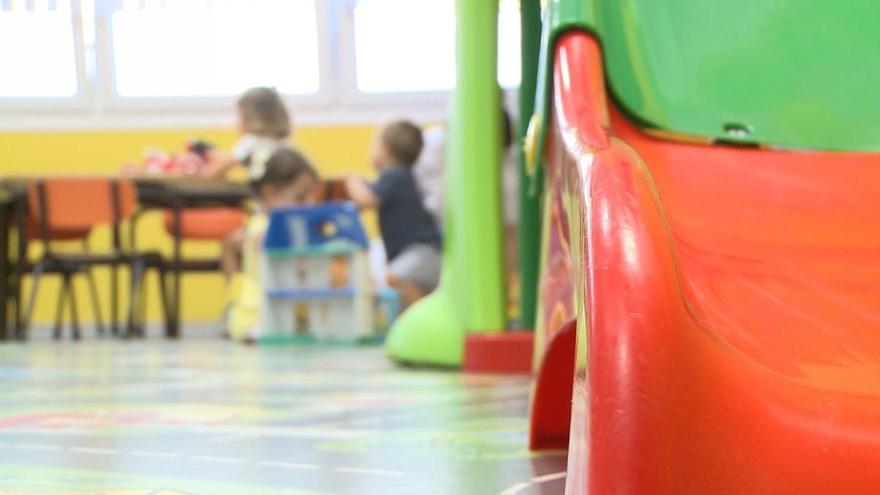 The 0-6 model is dying. The intention of the Community of Madrid to close the second stage of most of the last public centers in the region that cover the complete cycle of Early Childhood Education leaves Granada as the last stronghold for this type of center, a system that enjoyed popularity in its day, but very minority today despite the fact that “families who try it do not want to leave it” and in its day it was a benchmark for other countries, as explained by María López, from the Board of Spokespersons 0-6 of the Community of Madrid.

Despite being recognized as a unitary stage, Early Childhood Education is the only one of the entire compulsory cycle that is divided into two. For many years now, in the middle of the journey, when they are barely three years old, the little ones change centers and go from a nursery school to a college. The change for many is remarkable at various levels and, in the opinion of many educators and families, premature.

“These projects are wonderful because they respect the evolutionary milestones of each child”, explains Isabel Romero, president of the Granada platform Sí06 in defense of this model and a user of these centers through her four children since 2014. “Each child, for example , leave the diaper at a different age. I have my three-year-old who, if he had entered the second cycle in any school, public or concerted, he would already have to arrive with toilet training. In this school, when he is ready he Each child has their own times, but certain milestones are forced on them so that they all go at the same time to enter a school where there are not enough staff to change diapers, you cannot leave a class alone to care for a child. .. “, illustrates.

The public network of Granada, municipal, for the moment survives. With four schools, it is the last project supported (partially) by the administration that will remain in Spain when the one in Madrid completes the announced closure. The man from Granada currently has the backing of the local socialist administration, but “the sword of Damocles is always there,” says Romero. Other municipal governments have been less favorable to this model, he explains.

López, from the Board of Spokespersons of Madrid, does not understand the administrative aversion to these schools, which are specifically contemplated in the law and which, he says, were a reference at the time. “People came from outside to see how this stage was worked here. These schools are designed to cover all the needs that children have, not only for food, cleaning, cleaning. Also for learning, their needs are taken into account to prepare projects with families and with them, so that they discover the world around them and acquire knowledge that will allow them to develop another series of skills “.

In the 80s and 90s, schools 0-6 were much more widespread, says López. But the end of the century came with a drop in the birth rate, “which had a great impact on schools,” which at that time only took in five-year-olds. To compensate for the loss of customers, it was decided to open three and four-year lines at the expense of nursery schools, which lost the second cycle, configuring the current model.

The problem that families and teachers detect with this system of transferring children to a three-year-old school is that these centers change the educational approach when the children are still too young. “In most schools there is a primarization, the children are prepared for Primary “, explains this professional.” But it should not be about this. Children have their moment now, with 3, 4 or 5 years. You have that respect. But in schools this is not the case, they have a very strong pressure in the face of reading-writing and mathematics, now also for a few years with English, “he argues.

It is not that schools 0-6 do not work on this, it is that, the professionals explain, it is done from another approach. “Children of this age have learning related to exploration, manipulation, psychomotor skills … Our teaching is more within their daily life. Mathematics is worked in a different way than the traditional one of the cards”, illustrates López.

Other reasons that are not so purely educational also have an influence, more related to the natural development of the child or the supports between families, according to Blasi. “A 0-6 school helps families in parenting. Families often do not have an extensive network to help them parent at those ages, and they find these networks in schools,” he explains. “The experience of a 0-6 school is not only for boys and girls, it is for the entire family network that works in the upbringing process. For professionals it is not only a teaching job, but also support”.

Patricia is a user of one of these centers in Madrid, and confirms Blasi’s opinion point by point. “I wanted to feel part of my son’s educational process, in which, for example, the child’s times to remove the diaper are respected. A friend recommended school to me and it is the best thing that has happened to me in life,” he explains. Patricia did not know about this model until she fell into it almost by chance, and now she is its maximum defender. “I do not understand why there are not more schools like this, I feel privileged and I would like them for everyone. My son entered 3-6 and I have only seen him grow up and mature wrapped up by the tribe that we are, you can always count with someone, “he argues.

Something similar happens to children. “It allows them to be in a nearby school, of human dimensions (120 children maximum), which allows them to know the territory and experience the place as a nearby place. For the little ones this provides them with reference to growth and for the older ones, the responsibility of take care of the little ones, “says López. However, in schools these relationships do not occur from the law itself. In Andalusia, for example, the regulations require that Infant students enter through one door and Primary students through another precisely to prevent them from getting together.

The combination of these elements “makes families a fan” of schools 0-6 once they try them out. But it is not so much the administration. In fact, the trend is increasingly to put children earlier in schools and remove them from nursery schools. In communities such as Cantabria or La Rioja they are already enrolling two-year-olds in the CEIP (College of Infant and Primary Education), according to the UGT, and in Extremadura they are evaluating it.

The effect that these movements have, the defenders of 0-6 denounce, is that the first cycle of Early Childhood Education is emptied of content, which was established as an “educational” stage after LOGSE, in 1990. “Since then all the Laws of different governments have contemplated the stage of Early Childhood Education 0-6 years equally educational, nothing is modified in the laws, but in some autonomous communities such as Madrid they clearly try to make the educational character of the 0-3 cycle disappear, intensifying the closure of cycle 3-6 in schools and passing it to the CEIPs, in many cases primarizing it“, explains the Board of Spokespersons.

“They are simply loading the model,” laments López. “Nothing is solved with this. The Nordic countries, so much that we praise them, work like that. Also, at least in the case of Madrid as a result of the closure, where is the much vaunted freedom of choice of center?” .