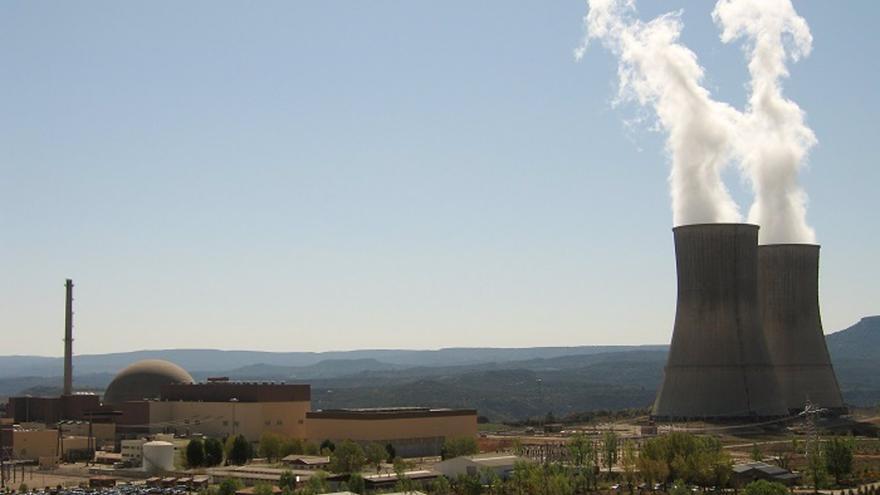 The Government shock plan to lower electricity prices it has put nuclear power plants in the spotlight. The lobby of this industry, Foro Nuclear, has put on the table a “messy closure“of the reactors before the package of measures approved by the Executive on Tuesday to mitigate the unprecedented escalation that is shaking Europe, which in the United Kingdom is already forcing the temporary closure of energy-intensive factories due to the shortage of natural gas .

Foro Nuclear has ensured that the Royal Decree-Law approved this week and, especially, the bill presented months ago to drain its income (in this case, permanently) due to the rising cost of CO2, currently in parliamentary proceedings, can lead the nuclear park to “economic-financial unfeasibility” and the consequent “early cessation of activity.” “With the current tax level” it would be “impossible for the Spanish nuclear power plants to continue,” they say.

A speech that Endesa and Iberdrola’s Nuclear Energy managers made this Thursday in their appearance behind closed doors in Congress, in the Presentation of the Commission for Ecological Transition and Demographic Challenge in charge of relations with the Nuclear Safety Council (CSN) .

Both denied, as the president of the Nuclear Forum did in June, that this possible closure is a threat, and the director of Iberdrola Generación Nuclear, Francisco López García, dated 2024 as the year from which the plants would cease to be profitable, based on the price expectations of the wholesale electricity market for that year.

This has reached over 188 euros per megawatt hour (MWh) on a daily average this week. According to Foro Nuclear, the real sale price of nuclear power generation, once the price of CO2 has been reduced, “should not be less than € 57-60 / MWh with the current tax level. Otherwise, continuity would be impossible. of the Spanish nuclear power plants “.

According to parliamentary sources, both directors heard reproaches from the left about “blackmailing” the government with this threat of closures. They were also exposed that part of what they call “taxes” on nuclear power plants are nothing more than the internalization of the costs of radioactive waste management and decommissioning.

This theoretical blackout that the power companies cannot decide unilaterally (they need a favorable report from Red Eléctrica) would make electricity even more expensive, by forcing an increase in the use of combined cycle plants, which burn natural gas, to fill the gap in the seven reactors operating today. These represent 6.3% of the installed power in Spain and produce around 20% of electricity. They are the first generation source.

This hypothetical closure would also compromise the emission reduction objectives and would entail, if it materialized, another additional problem, the dismantling of the facilities, which the State has entrusted through Enresa.

To finance waste management and the dismantling of power plants, this public company charges electricity companies a rate of 0.798 euro cents for each kilowatt hour (kWh), for which Enresa charged about 480 million in 2020. But without production , there would be no more money for that fund, which at the end of 2020 accumulated 6,596 million, 500 million more than a year earlier, after approving at the end of 2019 the Government a 19% increase in that rate. This had not been reviewed since 2010.

In any case, it is the State “that finally assumes the existing uncertainties in relation to the final cost of the final management of this waste”, as the Government recalls in a recent parliamentary response in which it argues its refusal to authorize new reactors. After the Fukushima catastrophe, this idea was banished in Spain and today only Vox defends it in Congress.

This Thursday, the president of Enresa, José Luis Navarro, also appeared in that parliamentary session, which was vetoed to the public, and presented the status of the dismantling of the facilities already closed (the Zorita and Santa María de Garoña power plants), in addition to issues related to the waste management and on the individual temporary warehouses (ATIs) that have had to be built to store them, in the absence of a centralized temporary warehouse (ATC).

One issue, that of the ATC, which, in the current context of the energy crisis is not among the priorities of the Government, which suspended the processing of this facility due to doubts about the Villar de Cañas (Cuenca) site chosen by the PP. However, the future of ATC should be clarified in the 7th General Radioactive Waste Plan (PGRR), which the Executive has pending approval for years.

While waiting to know the final version, Enresa is clear that its bet continues to be to build that permanent silo, which in the best of cases it expects for 2028.

In a document that it has recently published, it indicates that its plan “continues to be to have an ATC that allows storing not only the spent fuel but also part of the waste generated in the dismantling tasks of the power plants until they completely free their sites, in accordance with the schedule for the orderly closure of nuclear power plants set out in the protocol signed in March 2019 by Enresa and the companies that own the power plants “.

That calendar, which contemplated a gradual blackout from 2027 to 2035, was signed with a ton of CO2 at 20 euros (compared to 60 euros today). In the aforementioned bill that according to the Nuclear Forum leads them to closure, those 20 euros are set as the level from which the cut in income to nuclear and hydroelectric plants would be activated due to the increase in emission rights, which these plants do not either they support, and that also raises the prices of the electricity pool.

The Government defends that this land does not imply any detraction from the income that the companies received when they signed that protocol. “What’s more, it contemplates their expectations of higher income due to the rise in CO2 by granting them 10% of the income that arises when CO2 is above those 20 euros per ton,” recalls the Ministry for Ecological Transition.

In the documentation that has been published on the occasion of the tender for a contract for the supply, for about 220 million, of a waste storage system for the Ascó I, Ascó II, Almaraz, Vandellós II and Cofrentes nuclear power plants authorized in July By the Council of Ministers, Enresa also stresses the need to have these facilities in 2026 and refers to the possible “loss of profit” for electricity companies.

“A delay would compromise the capacity of the power plants to continue operating, generating serious and unwanted consequences, putting the affected facilities at risk, with the consequent consequences on electricity production and would also cause lost profit costs” of millions of euros per day that , he affirms, it would be necessary to recognize the electrical ones.

The Government has encrypted in 2,600 million the temporary cut (until March) to the extra remuneration that, through the shock plan approved this week, the plants that do not use gas receive due to the increase in the price of this raw material, which has led to the succession of records of the so-called electricity pool. The Government’s plan has caused a frontal rejection of the electrical companies and sharp falls in their prices on the stock market. There is also a stir in the renewables sector, due to doubts about the effect that the reduction of the effect of the rise in gas in the wholesale market will have on older facilities, which no longer charge premiums and will be affected.

On Wednesday, the renewable (APPA) and wind (AEE) employers assured that the cut will also affect those plants if they have signed long-term supply contracts with a third party (known as PPA), which would lead them to have to pay to produce for having signed these agreements at prices much lower than the current ones. But, according to sources from the photovoltaic union Unef, it is due to an interpretive error that the Ministry for the Ecological Transition has promised to clarify.