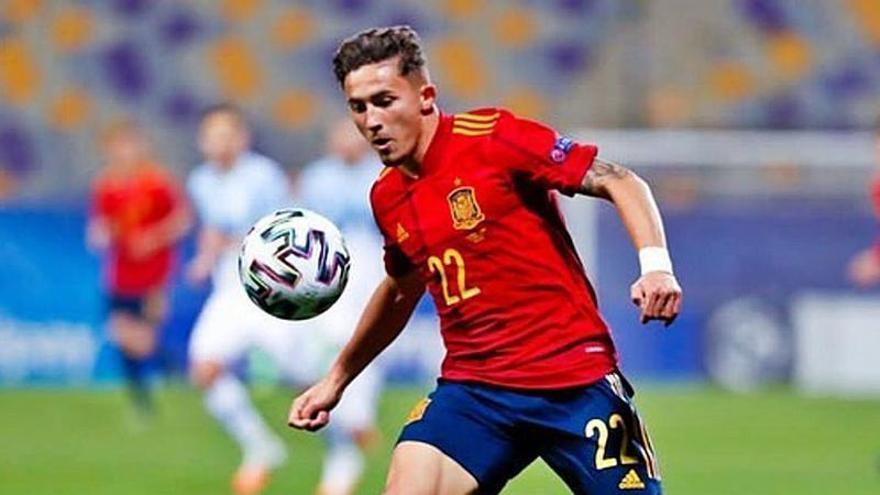 Meanwhile, in UD Las Palmas code, the goalkeeper Álex Domínguez, present in the last call-up of the U21, although he did not debut in an official match with the Spanish team, was not called for the continental tournament. The return of Álvaro Valles to the starting position in the yellow goal after his stint with La Rojita has cost him his position and the consequent lack of confidence from the coach.

The one who will be there is once again Josep Martínez, former goalkeeper of the Sports Union and who this season has defended the ranks of Red Bull Leipzig after the German team paid 2.5 million euros for his transfer. Even so, the Valencian goalkeeper has not made his debut in an official match, without being able to take away the position of the Hungarian Peter Gulacsi.

Luis de la Fuente announced yesterday the list for the second part of the European Under-21 that will be played from next May 31 in Hungary and Slovenia, in which the return of Bryan Gil stands out, after having participated with the absolute in the previous call, and the appearance of another six new faces in a call in which the sportinguista Manu García remains.

Spain will play against Croatia in the quarterfinals in Maribor (Slovenia) and, if they win, they will face the winner of the tie between Italy and Portugal in the semifinals.

Of the U21 players who have already participated with the absolute, the Riojan coach once again has Bryan Gil in an attack that in which two Villarreal footballers appear as novelties with respect to the initial list of the first phase such as Fer Niño and Yeremy Pino himself. The two will join after playing the Europa League final against Manchester United next Wednesday.

In the center of the field, the novelty is the presence of Oihan Sancet (Athletic Club) for Riqui Puig (Barcelona), keeping the rest of the block from the last phase. In defense Óscar Gil (Espanyol) returns to reinforce the right side and Zaragoza’s central defender Alejandro Francés makes his debut.

Álvaro Fernández (Huesca) is the starting goalkeeper of this selection, but Luis de la Fuente once again has Iñaki Peña (Barcelona) to the detriment of Álex Domínguez (UD Las Palmas), who appeared as a surprise in the previous call.