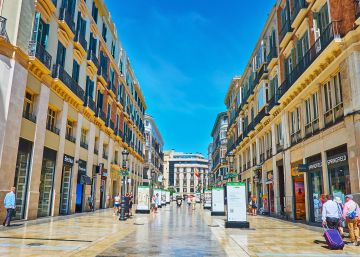 The confinement caused by the coronavirus (covid-19) has turned the economy around and, of course, the property market. Big brands like H&M and Primark have announced that they will renegotiate the rentals of their premises in the United Kingdom. Kiko Milano and Rituals are asking for a moratorium on the payment of their rents in Spain. Also two Spanish hotel chains, NH Hoteles and Meliá Hotels, with 230 and 116 hotels in rental buildings, respectively.

Recently, seven employers in the sector (the Spanish Federation of Home Appliance Merchants FECE, the Spanish Confederation of Commerce CEC, the Spanish Association of Central Purchases ANCECO and the associations of chains of retail, services and restaurants (AMICCA, ACOTEX, COMERTIA and EURELIA) have sent a manifesto to the Government in which they accuse their inability to face expenses such as the payment of rents for commercial premises and demand actions to alleviate the effects of the halt on their businesses. The pandemic means the practical disappearance of their income, while rent is presented as a high fixed cost that is impossible to face.

But in addition to large companies, the cessation of activity is a big problem for small businesses that have to face their rents without supporting income. Restaurants, cafes, hardware stores, greengrocers, etc. Businesses at street level that do not have a great endurance capacity if the confinement is maintained. If there is no delay in payments, downward renegotiation of their rents, or forgiveness of payments during closing, many will be forced to permanently close their doors.

What do the government rescue actions contemplate for the ‘retail’ sector?

In the measures adopted by the Government of Pedro Sánchez, tenants, whether large companies or small self-employed, who make up the bulk of the rental of commercial premises, have been left out.

Yes, the landlords will have advantages since they will be able to request andl deferment of mortgage payments of their businesses as long as they have suffered a substantial loss of income or a drop in their turnover of at least 40%.

Luis Corral, CEO of Foros Consultores Inmobiliarios, explains that in these complicated circumstances, the ideal would be a pact between tenant and landlord. “The advisable thing is a distribution of losses in function of the fall of income. If there is some activity, distribute those expenses and defer the rest of the rent for the next few months or reduce the monthly payment. Once past, it is advisable to gradually incorporate the payment of the rent. And if there is not, exempt at least the rent for the duration of the alarm, ”he explains.

Some jurists believe that those affected could have recourse to an article in the Civil Code, specifically 1,105, where they are exempt from paying the rents in a situation of force majeure. Obviously, for the duration of the alarm state. Verbatim, the article says: “Outside of the cases expressly mentioned in the law, and those in which the obligation so declares, no one will be responsible for those events that could not have been foreseen, or that, foreseen, were inevitable.”

The lawyer Pilar del Olmo explains that this article would be valid for seasonal rentals (for example, premises rented in summer) that are governed by the Civil Code, while it would be highly debatable in contracts exceeding one year since the Urban lease law.

Luis Corral is opposed to using the judicial route. Negotiation between the tenant and the lessor is much more agile than facing lengthy legal proceedings and, in addition, it will prevent many companies from being forced to close. The decision should rest with the affected parties.

How should I proceed in case of negotiation with my landlord?

Corral gives some very useful advice for negotiation: “The reason for this exception must be documented and explained. It is very important to avoid later claims of non-payment and also for the declaration of the Income. For example, the landlord is required to declare the rents. However, if it has been postponed or reduced, only what is reflected in the pact is declared. ”

Other important fixed expenses that businesses face depend on the Public Administrations: Real Estate Tax (IBI), taxes for terraces in cafeterias, garbage taxes, vehicle taxes, etc. What about these types of expenses?

The Barcelona City Council, for example, has decided to delay the payment of the IBI until July. Normally, this tribute has the deadline of May 4. This corporation has also announced that it is studying ways to discount months of inactivity from the terrace tax. Of course, the owner should request a refund of part of the fee afterwards.

There are numerous towns of different sizes in which a delay in the payment of taxes is being announced or, definitely, to be abolished during the state of alarm. Guadalajara, Valdemoro and Pinto (Madrid), Ávila, León and Logroño, among others, have decided to postpone taxes. Altea (Alicante) or Lanjarón (Granada) suspend the payment of taxes while the confinement of the population lasts.

For its part, the Madrid City Council has decided to subsidize 25% of the full IBI fee for properties dedicated to commercial, leisure and hospitality uses, provided they maintain the average workforce during the tax payment period. The Tax on Economic Activities (IAE) will also be entitled to a 25% discount for taxpayers who pay taxes for leisure and restaurants, travel agencies, shopping centers and department stores. Finally, the voluntary payment period for the Tax on Mechanical Traction Vehicles (IVTM), the Vehicle Passage Rate (POS) and the ATM rate, which began on April 1, has been postponed for one month.

Initiatives are being known to achieve a standardized market for the rental of premises. Pablo Beltrán, CEO of Truebroker, a real estate company specialized in retail In Madrid, it has announced a plan for the rentals of its clients in the capital of Spain that starts from an extensive study of the main shopping areas by its potential consumers. The aim is to put the tenant and the lessor in agreement on the rental price on the most objective basis possible, that is, their own study to know at what price a local should be rented according to the area and the new reality of the economy. .

Thus, the company has created a mathematical model, obtained from measuring the real estate commercial value of Madrid’s main shopping streets for 12 hours a day since 2013, to know exactly the behavior of consumers and differentiate them from passers-by. “With this information applied to a specific rental, it will be possible to know what compensation would be fair with the rent at the closing time and also on what will happen to the rents after reopening to the public if consumption falls and how to avoid a market breakdown generalized ”, he explains.

“By being able to measure, month by month after the reopening, how the reality and the market value of each location evolves, we will be able to adjust rent payments as much as possible to it, avoiding market breaks that harm both parties, and it will allow us to make decisions with confidence about the best scenario for them, “says Beltrán.