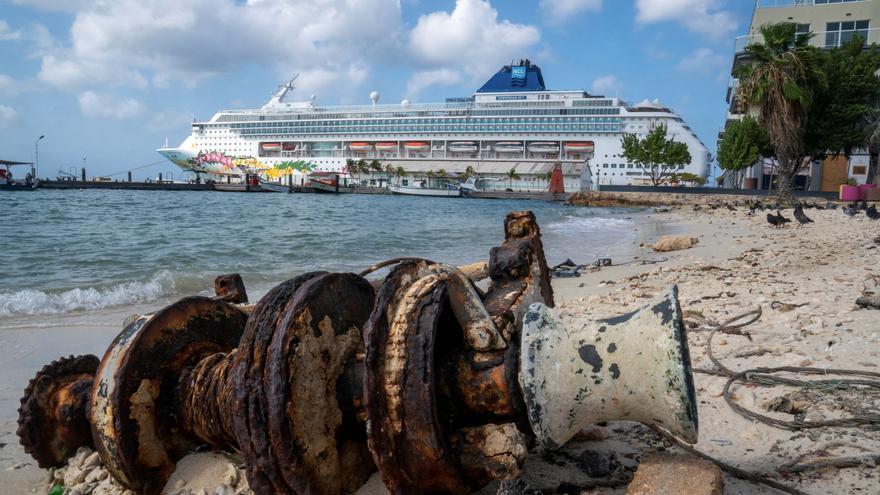 Miami, May 6 (EFE) .- The Norwegian company indicated that the Caribbean could be an option for its operations in the event that they must comply with a Florida law that refuses the mandatory nature of vaccines. A measure contrary to a federal directive that conditions the reactivation of cruise ships in US ports to the vaccination of crew and passengers.

Frank Del Río, president and CEO of Norwegian Cruise Line Holdings, said Thursday that they could move their operations to other states or countries, including those in the Caribbean.

"We hope this does not turn into legal or political football," Del Rio told Wall Street analysts during a conference call to discuss the company's quarterly earnings, according to specialized media.

Del Rio stressed that the lawyers believe that federal law applies, in this case directives from the federal Centers for Disease Control to return to sailing in the United States (CDC, in English), and not the state one.

The director of the shipping company, based in Florida, a state that is home to three of the largest cruise ports in the world -Miami, Cañaveral and Everglades- also said that he does not see possible to sail from next July, given the time it takes a ready boat.

The CDC announced Wednesday that it will allow cruise ships to take test trips with volunteer passengers, in an update to the Conditions of Navigation Ordinance (CSO).

The industry, paralyzed for more than a year by the pandemic, expects the resumption of cruises from next July. This requires the vaccination of 98% of the crew and 95% of the passengers.

According to the executive, Norwegian plans to start with a 100% vaccination mandate for cruise passengers.

In the event that Florida is prevented from meeting this requirement, Del Río said that "cruise ships have engines, propellers and rudders" and there are other states where they can operate or "we can operate from the Caribbean ... to that ".

On the other hand, the Government of Florida did authorize since last week to vaccinate people who are not residents of the state, but who are "providing goods and services that benefit Floridians or benefit the many visitors to the state" such as crew members. of boats.

In Miami-Dade County alone, cruise activity produces about $ 7 billion a year and employs, directly and indirectly, about 40,000 people, in addition to supporting other sectors of the economy.