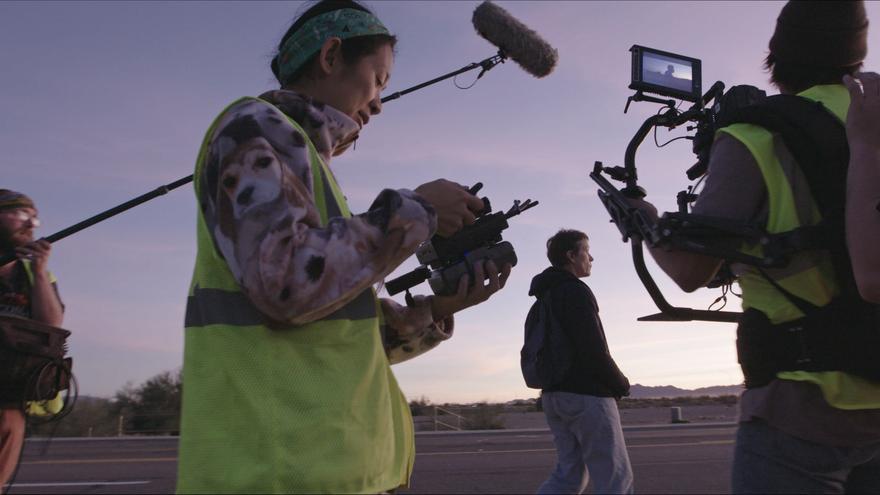 The American film ‘Nomadland’ has won the Golden Lion in one of the most unusual editions of the Venice Film Festival. The film, directed by Chloé Zhao, a Chinese-born filmmaker, tells the story of a woman who has to face the consequences of the 2008 economic crisis. After losing everything, she decides to ride in a caravan and become a nomad.

The film stars Frances McDormand, in which for some critics it is “the interpretation of its race”, and it returns to place it in the pools for the Oscar, after winning its second statuette in 2017 for ‘Three commercials in the outskirts’ .

This ‘road movie’ to which he plays music by the pianist Ludovico Einaudi, is on its way to becoming one of the most important premieres of the season. In the United States, we will have to wait until December to see the film in theaters and in Spain there is still no release date. The film, which was in all pools to win the Golden Lion, will be part of the Perlak section of the San Sebastián Festival that starts on September 18.

By winning this award, Chloé Zhao becomes the fifth woman to achieve it throughout the 77 editions of the Mostra.

The jury, chaired by actress Cate Blanchett, has decided to award the Silver Lion to the film ‘Nueva Orden’, by the Mexican Michel Franco. It tells of a dystopia that takes place in the distant future and this Friday it was also awarded the Leoncino de Oro, a prize awarded by a jury made up of 20 young movie lovers.

Also, the special prize of the jury went to the Russian Andréi Konchalovsky for ‘Dear Comrades!’, A film that narrates the repression that the Russian army exercised in 1962 on a Caucasian city. It is not the first time that the Russian leaves with the Venice award, since in 2002 he won the Silver Lion for his vision of a psychiatric asylum in Chechnya in ‘Dom durakov’.

In terms of performance categories, the Volpi Cup for best female performance went to British Vanessa Kirby for her role in ‘Pieces of a woman’. The role of Italian Pierfrancesco Favino in ‘Padrenostro’ has earned him the award in the men’s category.

The delivery of these awards puts an end to the 77th edition of the oldest film festival in the world in what is undoubtedly one of its most atypical editions. Marked by the coronavirus, which has forced to reduce the red carpets, the capacity and the typical images of the stars navigating the Venetian canals, it lays the basis for the festivals that will continue to be celebrated and that are forced to coexist with the pandemic. The next one, that of San Sebastián, in just one week.