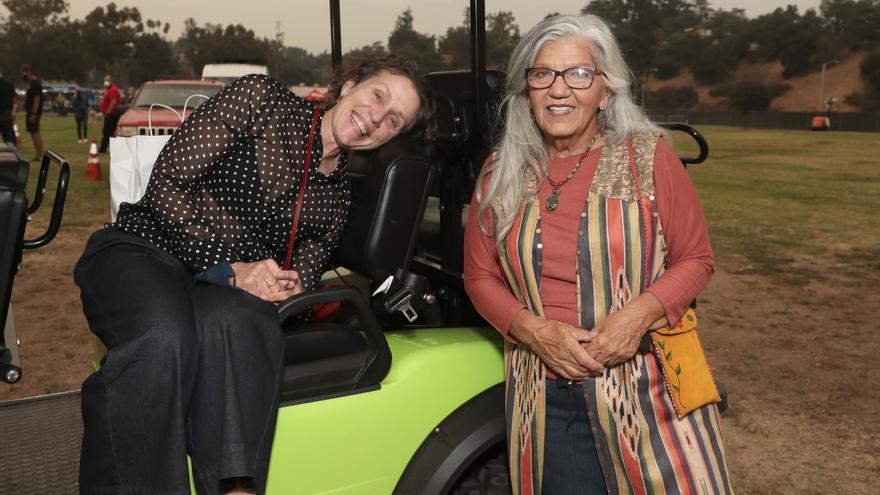 Madrid, Mar 1 (EFE) .- “Nomadland”, Chloé Zhao’s film that won last night at the Golden Globes and favorite for the Oscars, is based on a multi-year investigation that the journalist Jessica Bruder captured in the book “País nomad “, edited in Spain by Capitan Swing.

Bruder hit the road to uncover the penultimate “scam of the American dream” and denounce the dark side of the American economy while dignifying and celebrating the reinvention capacity of the new disinherited in the system.

In the aftermath of the 2008 crises, tens of thousands of Americans found themselves broke and unable to pay their mortgages or rising rents, after lifetimes chaining low-wage jobs and unable to collect a retirement.

Nomadic life presented itself to them as the only possibility of getting out, of course, working hard to fill the stomach and the gas tank, according to Bruder.

Temp workers in North Dakota beet fields, multitasking workers (from toilet cleaning to camper registration and information) in California National Forest summer camps or warehouse “waiters” sorting produce at full speed for Amazon in the Christmas campaign on his ship from Texas.

For employers, it’s low-cost labor, few hassles, and easy to do without. Especially contradictory is the image that Bruder describes of a multitude of workers of retirement age at the limit of their strength so that the rest of Americans receive their Christmas gifts on time at home.

Amazon’s treatment of warehouse personnel has made headlines several times in the United States since 2011, when the Allentown Morning Call newspaper revealed operating conditions similar to sweatshops.

Most of these people never imagined that they could end up like this, they believed they were more or less safe in their middle class condition. For example, the book talks about a 67-year-old former San Francisco taxi driver, a 62-year-old former artistic director of an advertising agency, or a 77-year-old former radio journalist.

The character played by Frances McDormand in the film is inspired by Linda May, a 64-year-old woman who from one day to the next found herself sleeping on a couch at the entrance to her daughter’s house, with her son-in-law and their three grandchildren.

The oldest of three siblings, with an alcoholic father and a chronically depressed mother, May dropped out of high school to start work, but over the years she returned to it, graduated and earned a college degree, as well as raising two daughters virtually alone.

On the brink of despair, he discovered online tutorials by a man named Bob Wells who offered all kinds of useful advice to escape the consumer society and live a nomadic life with the essentials.

“We are people who are tired of living the rat race and a life full of hyper-consumerism, always buying things for satisfaction, but never finding. Instead, we are returning to our original and truly human roots of tribal nomadism,” writes Wells. on his YouTube channel, which today has almost half a million subscribers.

Both Linda May and Bob Wells and other royal nomads whom Bruder met over three years of living with them, have participated in Zhao’s film, as mentors and companions of the protagonist on this journey across the world. American West.

The film, winner of the Golden Lion at the last Venice Film Festival, has its scheduled release date in Spain on April 2.