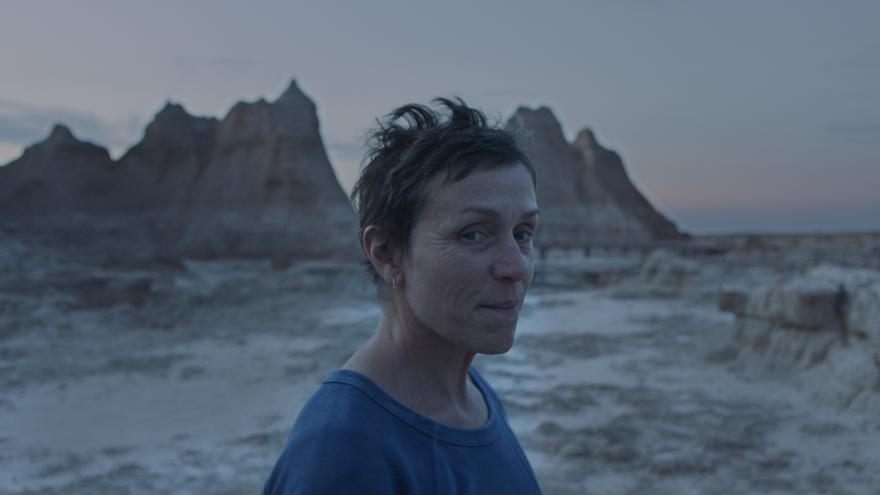 Los Angeles (USA), March 15 (EFE) .- No detours, missteps or stops along the way. This is how he addresses the Oscars “Nomadland”, the brilliant film by Chloé Zhao that has dominated this strange season of Hollywood awards and that today was consolidated as a favorite with the announcement of the nominations for the great cinema gala.

With six nominations, “Nomadland” was not the film with the most Oscar nominations of the pandemic, since “Mank”, David Fincher’s epic in black and white on Netflix, will be up for ten awards.

But no one is aware that, regardless of the numbers and certain misleading impressions (“Mank” accumulates many nominations in the technical sections), “Nomadland” is the rival to beat in the most sought-after categories of the Oscars, thanks to his poetic look at extreme job insecurity and the ruins of capitalism in the United States.

After its triumph at the Golden Globes for best dramatic film, “Nomadland” will now try to take the Oscar for best film.

To do this he will have to defeat “The Chicago 7 trial”, “The father”, “Judas and the Black Messiah”, “Mank”, “Minari. My family’s story”, “A promising young woman” and “Sound of Metal “.

In addition, Chloé Zhao will compete for the Oscars for Best Direction, Best Adapted Screenplay and Best Editing (the first woman to achieve four nominations at the same gala), while Frances McDormand, the heart of “Nomadland”, could win the award for the third time for best actress after “Fargo” (1996) and “Three commercials in the outskirts” (2017).

McDormand will face Carey Mulligan (“A promising young woman”), Viola Davis (“The mother of the blues”), Andra Day (“The United States against Billie Holiday”) and Vanessa Kirby (“Fragments of a woman”).

On the other hand, best actor recognition could go to the late Chadwick Boseman, who received a nomination for “The Mother of the Blues.”

The posthumous statuette for the star of “Black Panther” (2018) will not be easy, since Riz Ahmed (“Sound of Metal”), Anthony Hopkins (“The father”), Gary Oldman ( “Mank”) and Steven Yeun (“Minari. History of my family”).

Nor will there be a lack of glamor or quality in the aspiring best actress and supporting actor.

The Oscar for best director, a category marked historically and unfortunately for the very low presence of women, will have two nominees for the first time: Chloé Zhao (“Nomadland”) and Emerald Fennell (“A promising young woman”).

The Chilean sensation of “The mole agent”, the fabulous film by Maite Alberdi that has amazed the world, today won an Oscar nomination for best documentary.

The candidacy in that category partially compensated for the absence of Latin nominees in the section for best international film, where the Mexican “I’m not here”, the Guatemalan “La llorona” and the aforementioned “The mole agent” could not be found. .

Another very striking disappointment was starred by the Spanish Pedro Almodóvar, who did not get the nomination for best short film for “Human Voice”, despite the fact that he appeared in all the previous pools.

In any case, this award will be of interest to Hispanics thanks to “The Letter Room”, the short starring the Guatemalan Oscar Isaac and directed and written by his wife, the Danish Elvira Lind.

In addition, Mexicans Jaime Baksht and Carlos Cortés will try to win the Oscar for best sound for “Sound of Metal”.

And without Almodóvar present, Spain will trust all its bets in these Oscars to Sergio López-Rivera, candidate for the award for best makeup and hairdressing for “The mother of the blues”, and to Santiago Colomo, nominated for the distinction for best special effects for “El magnificent Ivan “.

Finally, the Italian Laura Pausini will try to win the Oscar for best song for “Io Si”, the theme of the film “La vita davanti a Sé” (“Life ahead”).

The Oscars of the pandemic were delayed two months with the intention of avoiding the impact of the coronavirus and will be held on April 25 (February 28 was the original date).

The Academy announced today that the gala, whose format is still a mystery due to coronavirus restrictions, will be held from the Dolby Theater in Los Angeles, the usual home of the Oscars, and from Union Station, the central station of the Californian city and a novelty this time.