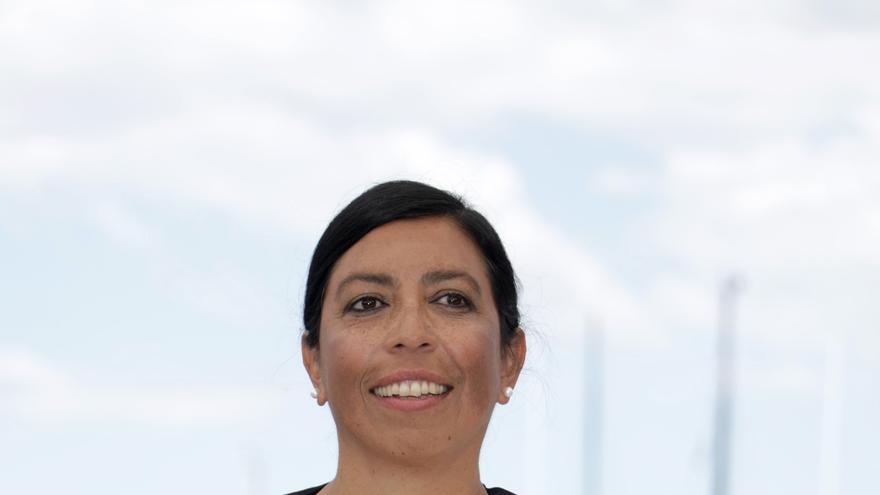 Mexico City, Sep 14 (EFE) .- Childhood and motherhood in a violent context applicable to many Mexican towns are the themes highlighted in Tatiana Huezo’s film “Noche de fuego”, which is ready to reach the Mexican public after his triumph at Cannes.

“It is a tribute to thousands of mothers in this country who are raising our daughters and who in a vast majority of cases are single mothers who are raising their children with an absent father,” said Huezo, its director, in a press conference virtual from Mexico City.

The film is the director’s first fiction in which she exposes strong connections with the reality of the country and is based on the book “Prayers of the stolen” (2012), by the writer Jennifer Clement.

The story follows the lives of women who, being victims of the effects of drug trafficking in their town, seek to be invisible in order to survive the tangible violence of the place they inhabit.

In this walk, the director shows the violence from the innocent gaze of three girls who go through facets of their growth in this violent context, and the relationship with their mothers who try to protect them from the evil that surrounds them.

“For me, the film talks about those women who are there, those in the real and everyday world who solve problems, those who bring their children forward and I wanted to honor that, present a character with a lot of dignity and with many layers”, says Mayra Batalla, who plays Rita, the protagonist and mother of Ana (Marya Membreño).

Around 800 girls went to auditions to be part of the film and, according to Huezo, his approach to fiction did not have a radical change in his work when making documentary films.

In that sense, the investigation and the proximity when studying who her characters would be was lived in a particular way, which helped her draw larger conclusions about current social problems.

“The casting became a study of childhood. In this there was a very important interview for me and with that I was able to realize that there are a significant number of families with an absent father and that slipped into history,” he said. Huezo.

This topic deeply touched the protagonist Marya Membreño, who had already had the opportunity to work with Tatiana for the documentary “La tempestad” in 2016 and who in this film became a girl who has to become masculine to survive.

“It stirred many things in me, I have many similarities with the character of Ana, my father is not with me and his father’s name coincides with my father’s. It was difficult to remember all that and I think it was easy in that regard to know how he feels. “, assured Membreño.

The production was carried out by the award-winning producer of films such as Alfonso Cuarón’s “Roma” (2018), Nicolás Celis, who has tirelessly believed in Tatiana’s work, to whom he gave absolute freedom to write fiction.

“I could not impose anything until Tatiana found the heart of the film. It is so difficult to write a script that if you are thinking about the budget you start to get confused in the process. The result is a large, competitive, rich film,” he considered Celis.

The film will hit Mexican theaters on September 16 and this Tuesday it will have its premiere at the Los Pinos Cultural Complex, after having received a special mention for competing in the Una Cierta Mirada section of the Cannes Film Festival.