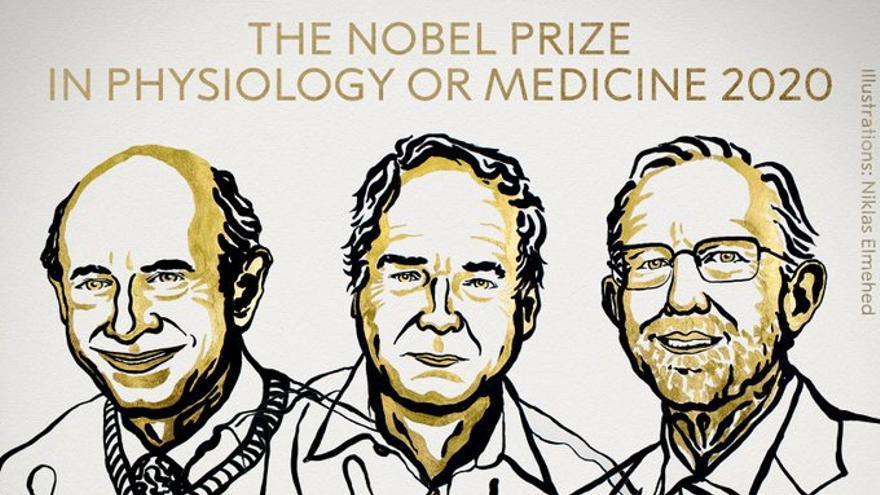 According to the Academy, the award is given to three scientists “who have made a decisive contribution to the fight against blood-borne hepatitis, a major global health problem that causes cirrhosis and liver cancer in people around the world.”

The Nobel Prize in Medicine is the first in the round of these prestigious awards, which will be followed by announcements on successive days for those for Physics, Chemistry, Literature, Peace and finally the one for Economics, next Monday.

Harvey J. Alter, Michael Houghton, and Charles M. Rice made fundamental discoveries that led to the identification of a new virus, the hepatitis C virus. Before their work, the discovery of the hepatitis A and B viruses had been a fundamental step forward, but the majority of blood-borne hepatitis cases remained unexplained.

The discovery of the hepatitis C virus revealed the cause of the remaining cases of chronic hepatitis and enabled blood tests and new drugs that have saved millions of lives, states the press release accompanying the award announcement.

Specifically, studies of transfusion-associated hepatitis by the American virologist and physician Harvey J. Alter demonstrated that an unknown virus was a common cause of chronic hepatitis.

For his part, British virologist Michael Houghton used an innovative strategy to isolate the genome of the new virus, which was called the hepatitis C virus.

And finally, the American virologist Charles M. Rice provided the final proof that the hepatitis C virus alone can cause hepatitis.

Madí, Vendrell and Soler, the strategists in the shadow of the pro-independence engine room