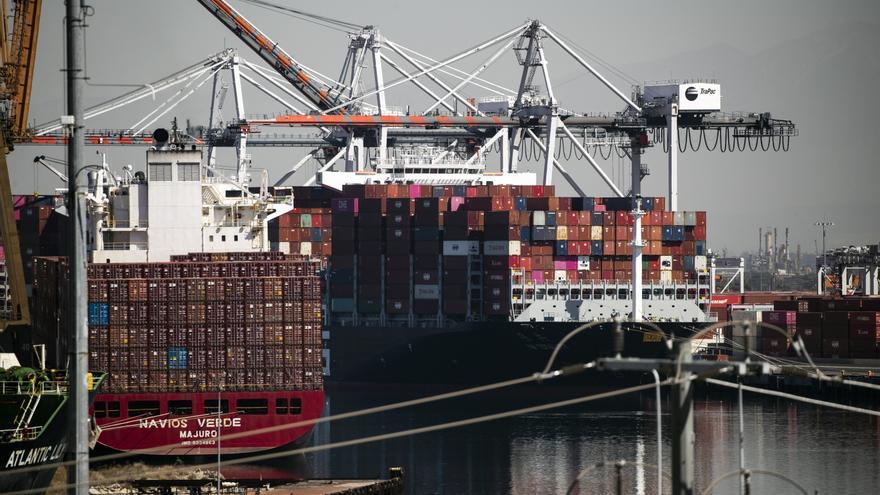 Stagflation is, for the moment, an optical illusion. This seems to be the verdict that the market consensus is leaning towards after an early autumn in which the specter of the economic slowdown with high doses of inflation has suddenly appeared in the global situation. This is the vision with which the main central banks of the industrialized orbit, the Federal Reserve and the ECB agree. In the last meetings of its executive committees, it has been recorded that the price increases are “transitory”, caused by a energy crunch of high seismic intensity -with extraordinary upward projections-, but with a clear time limit -the winter months- and a notable exception -the greater contribution of renewable sources to the energy mix national-. The supervisory bodies ensure that the loss of dynamism will be corrected once the bottlenecks on global supply and logistics are cleared.

“Investors should dismiss the risks of stagflation from their analysis”, advise from Bank of America in a market note that Claudio Piron, its strategist for Asia, later qualified in the CNBC: “The recent spiral in energy prices and its transfer to CPIs have their origin in the disruption of trade and value chains”, which remain “in negative territory”. Inflation has become an obsession in October as a disproportionate risk factor, this analyst dares to warn, before specifying that the specter of the return of stagflation -was left in the memory of financial centers and Wall Street for the episodes of shocks of the seventies with the oil energy crisis – collide with the intense rhythms of job creation.

Among supporters that the rally of prices in the US “is not transitory” and that the Fed, with the wrong criteria, could lead the country into a new recession is Matt King, Markets strategist at Citigroup. On the other hand, Ben Laidler, an analyst at eToro, who considers it “exaggerated” to speak of global stagflation and describes the extrapolation of prices beyond a few months as too rigorous, because the demand for goods will slow down and supply chains and the workmanship will be adjusted.

Added to this opinion is the Natixis analysis, which calls investor fears “unfounded” and predicts that supply and inflation will tend to ease until they witness a healthy dynamism in 2022. In an intermediate position, Ariel Bezalel, from Jupiter AM, He says he distrusts growth because, in his opinion, “it has peaked” due to the logistics crisis, although not so much in prices, which will adapt to slower demand.

This picture of the situation also has a bearing on the Spanish situation. The BBVA research service focuses on this temporary parenthesis. This is reflected in its revision of GDP growth -from 6.5% and 7% to 5.2% and 5.5% in 2021 and 2022- which only delay, but not bury, the recovery of the activity levels prior to the Great Pandemic. This recovery remains largely based on the boost in private consumption, despite the fact that companies face a harsh winter of rising costs that will reduce margins, investment and employment or will be passed on to prices. The inflationary process will remain high for a few months, “until its correction during the second half of 2022”, according to Miguel Cardoso, Chief Economist for Spain at BBVA Research.

José Ramón Díaz Guijarro, CaixaBank’s Director of Economy and Markets, expresses himself in similar terms when he affirms that, “in a world of sophisticated value chains and just in time, production has been unable to respond to the sharp rise in demand and the changes in consumption habits caused by Covid-19 ”. Some obstructions that have generated imbalances added to the rise in energy prices, he clarifies, although “we are still very far from a stagflation scenario similar to that of the 1970s.”

The Caixa Bank machine room also emphasizes the “remarkable dynamism” of the labor market in Spain to rule out a serious paralysis of activity. Both in terms of employment and the unemployed, its reactivation has allowed the reestablishment of pre-pandemic levels, which means that it leaves an unusual fact, that the evolution of employment is being “faster and more intense than that of GDP”, with a an increase in Social Security affiliation of almost 160,000 people – the sixth consecutive monthly figure, at a seasonally adjusted average that exceeds 100,000 registrations per month – and which is close to 20 million employed persons. Data that offset the disappointing mark of GDP for the third quarter (2%).

Meanwhile, from BBVA they clarify that in 2022 “the maintenance of an expansive fiscal policy will be key, mainly due to the greater execution capacity of European resources”, which will reach between 20,000 and 25,000 million euros, and that could add up to two points to the GDP growth. With budgets, in parliamentary process, which, despite the optimism of their forecasts, trust the reduction of the deficit to the cyclical improvement of the economy due to the extension of fiscal rules in the European monetary zone.

The Spanish situation, however, is not far from the world situation, where the slowdown in economies such as the United States has also settled at a rate of 2% between July and September, six tenths below market forecasts and much lower to the 6.7% that compulsory in the spring quarter. The German GDP also showed anemia, with a rise of 1.8% in the summer period. Another thing is inflation, which in the euro area stood at rates of 4.1% in October, unknown since 2008, and in the US, where the September CPI climbed to 5.4%, but with an underlying index – excluding food and energy – with an almost simultaneous boost to that of the general barometer.

In this situation, central banks and economic authorities appeal to the caution that, little by little, seems to be establishing itself in the markets. The president of the Federal Reserve, Jerome Powell, has been the last to relegate increases in interest rates but maintains the gradual reduction of the plans to purchase financial assets at 15,000 million per month. “I do not think it is a good time to increase the price of money because we want to see first a sustained dynamism of the American labor market,” said Powell.

The ECB also seems to prefer, as tradition indicates, to follow in the wake of the Federal Reserve. Christine Lagarde has used a forceful tone to convince investors that interest rates close to zero will remain for some time more – all of 2022, according to the interpretation of analysts, at least – due to the “seasonal temporality” of the increases in prices. A reading similar to that of the IMF’s chief economist, Gita Gopinath, who doubts that a prediction of 5.9% global GDP growth like the one that her institution has just predicted could be synonymous with stagflation. In this context, only the Bank of England reveals a greater willingness to raise rates, albeit due to the high voltage in its boiling real estate sector and high mortgage applications.

But, perhaps, the most forceful response to this heated debate has been that of the US Secretary of Transportation, Pete Buttigieg, who affirms that the global logistics crisis responds to a range of factors derived from the Great Pandemic and that until “we see “In the rearview mirror, the elimination of bottlenecks” in trade flows and the rise in energy prices, which he attributed to the ecological transition, inflationary tensions will persist.

Tags: crisis, energetic, Logistics, no, Old, risk, stagflation, there are, they infuse, threat