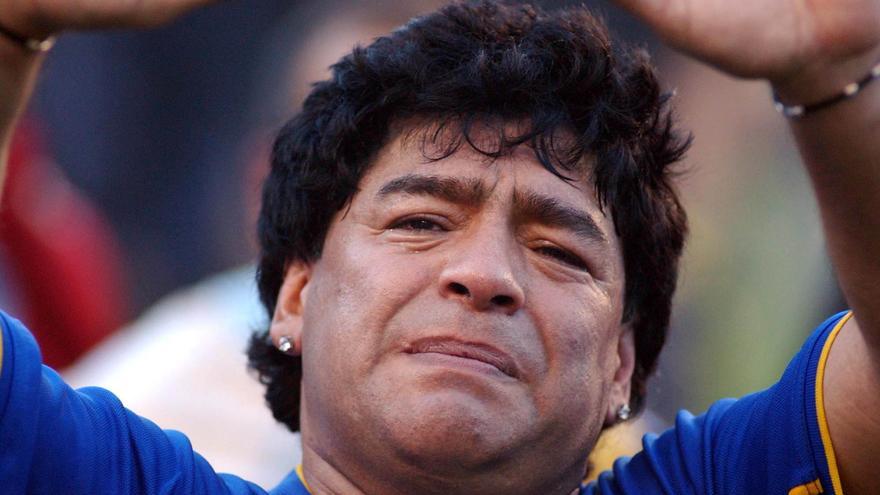 My friend, the one who lives in Seattle, says that she already knows how her next Uber trip will be: when the driver detects her Argentine accent, the usual conversation will swerve, and instead of asking her if she loves Maradona or Messi more as if they were his mom or dad and as if it were the sixties, he is going to ask him how much it hurts him that Maradona is dead.

He is going to ask the question that right now, all at the same time, millions of Argentines, Neapolitans, and people who love football are silently asking themselves whose name does not matter. People who just a few hours ago felt a unprecedented bewilderment Given the novelty that seeing the repetitions of Maradona’s goals are now conjugated in the past tense. Past.

An hour after starting to have to accept the news, business in Buenos Aires enters and leaves suppliers but not customers. In ten blocks there are four shirts of the National Team and two of Napoli. They all have the 10 on their back. One of Argentina’s is that dark blue and black -and beautiful- that Maradona had on the day he scored his last Argentine goal, in June 1994. That of running with an angry face to the television camera. That goal that if you close your eyes you see again right now, because you are sad and because it was a great goal. Putting on that shirt this Wednesday, six World Cups later, means getting uniform.

A plumber buys spare parts and cries, all at the same time, in the little window on the street of a Buenos Aires hardware store. He tells the employee that no other man made him so happy, who remembers when he took his eldest son to the Bombonera to see Diego and that something must have been left with his son that afternoon because he did a lot to convince the brothers and cousins ​​that he had to be from Boca. Yes, it is also a very sad day for her, says the woman. That for everyone is a very sad day, he says.

In a supermarket functional music suspended of common days and they put on the radio: “We never did. Until today, ”says the cashier. That is the difference between the too common days, the hectic days in which Argentina hits several shocks in less than 24 hours and on Twitter we do catharsis with that in this country it is impossible to get bored, and this day, which does not look like none of all those.

There are three repositors in the oil gondola: they are gathered around the cell phone of one of them to look at a compilation of those almost slogan phrases that Diego used to say with premeditation and treachery. “Drinking the cat’s milk is the best,” says one of them. The others laugh and on the radio they use “autopsy” and “Maradona” in the same sentence.

A tissue seller tells a woman who is having coffee on a corner that this time he is not going to offer her anything but that the phone ran out of battery and wants to know if Dalma or Gianinna have already said something. “And Claudia, did Claudia say something?” He asks. The woman says she looked a little while ago and still nothing, but let’s see, let’s look again.

A incense vendor explains to the vendor of baking dishes next to him on the sidewalk why Maradona is the best soccer player of all time. He asks him how old he is and if he saw the match against Belgium at the ’86 World Cup. “You have to watch that match, because we inflated our balls with the match against the English, but that’s it, we’ve already seen those two goals, a thousand times we’ve seen both goals, look at how Maradona played Belgium. You are very kid but look at it today, it’s whole on YouTube, look at it today, you don’t know how it played that day, ”he says.

Update my friend from Seattle: one of her scientific colleagues has already warned her that in her family’s WhatsApp group, a little in India and a little in New York, they only talk about Maradona. Who grew up idolizing Ten. Who saw all their games.

My friend is the Argentine antenna of a global confusion. It is that there is no resurrection left, and we just found out.