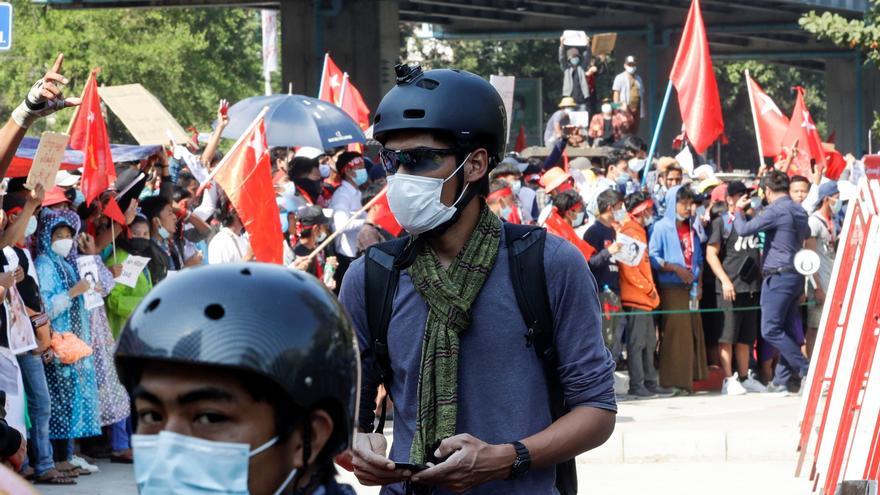 Bangkok, Jun 1 (EFE) .- The Frontier Myanmar news portal has denounced that it still does not know the charges and the whereabouts of American journalist Danny Fenster a week after his arrest in Burma and called for his "immediate release."

The 37-year-old American was arrested on May 24 at the airport in Rangoon, the former capital and most populous city, as he was about to take a flight to Kuala Lumpur.

Frontier, which believes that Fenster is being held in Insein prison, maintains that the publisher "has done nothing wrong" and demands "his immediate and unconditional release."

More than 80 journalists have been detained since the coup that ended the democratic government, led by Nobel Peace Prize Aung San Suu Kyi, of which about 45 remain in prison, according to data from the Association for the Assistance of Prisoners. Burmese Politicians (AAPP).

The military junta has also issued arrest warrants for 22 other reporters, including Efe collaborator Mratt Kyaw Thu, who will seek asylum in Spain after fleeing Burma.

The American is the third foreign reporter detained by the military junta since the February 1 coup.

On March 11, Polish photojournalist Robert Bociaga was beaten and arrested by security forces while covering a protest in the northeast of the country, but was deported after two weeks in detention.

Japanese reporter Yuki Kitazumi was arrested in Rangoon on April 18 and charged with spreading "false news", and was also deported almost a month after the Japanese authorities interceded.

The security forces have brutally suppressed any hint of dissent, including firing weapons of war at peaceful protesters, which has left at least 840 dead and more than 5,500 detained, according to the AAP record.

The Army justifies the coup by an alleged electoral fraud in the elections of last November, in which Suu Kyi's party was destroyed, as it did in 2015, with the endorsement of international observers.