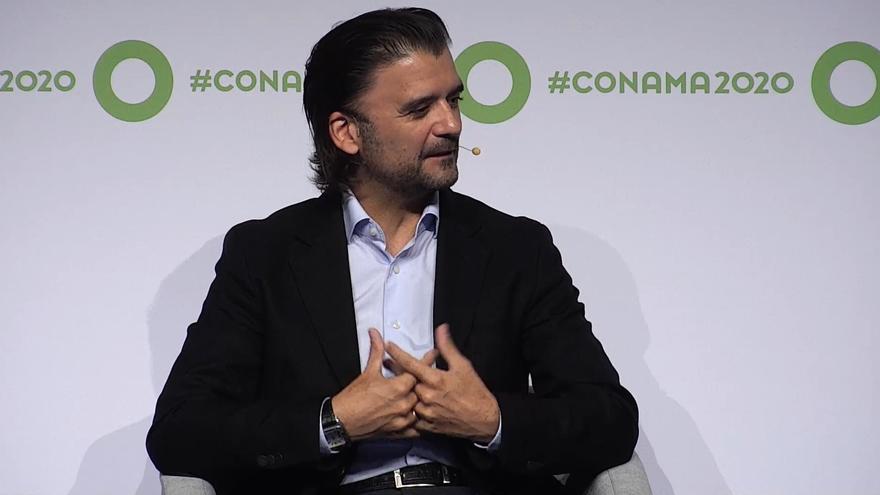 The director general of Energy Policy of the Ministry for the Ecological Transition, Manuel García Hernández, defended this Tuesday the new model of electricity bill that has just come into force and that has provoked harsh criticism from consumer associations such as Facua. "It is not necessary to put the alarm clock to iron", has defended, during its participation in a debate in the National Congress of the Environment (Conama).

“We cannot pretend that people have to reduce their level of well-being, be cold, not be able to cook or iron, which seems to be the fashionable activity”, but rather be efficient, understanding it as “preserving the levels of well-being that we have from a more sustainable way ”.

García Hernández recalled that "the whole weekend is going to be off-peak time", alluding to the three new time periods, peak (much more expensive), flat (intermediate) and valley (much cheaper) for which from this June 1 applies to all consumers price discrimination for the regulated part of the bill for the energy consumed.

"Beyond the debate on social networks" and that "many times there is a tendency to ridicule some situations" and take them "out of context", it is "good that the idea that consumers can and should displace their consumption comes to the public debate" at the cheapest hours of the day and that they "become more familiar with the rate structure", knowing "that it is not the same for the" electrical system to consume at certain times and that "it should not cost the same to use the networks ”When they are most congested.

The Government justifies this new bill as a measure to promote savings, efficiency, self-consumption, the deployment of electric vehicles and new uses such as heat pump heating systems.

Facua has asked Transición Ecológica to "reverse" this system, "denigrating the most vulnerable consumers": "The consumer cannot be held responsible for the fact that his electricity bill is expensive because he has not ironed or put the washing machines , dishwashers and dryers at the most economical hours, which precisely coincide with the moments that should be dedicated to rest ".

This association criticizes that the Government has included "in the most expensive hours, periods of the day in which the vast majority of families are at home and have to use air conditioning, criticizes the association. In addition, the average penalizes citizens especially who telework, as the peak period (the most expensive) is included in the section from 10 am to 2 pm on weekdays ".

The person in charge of Ecological Transition has indicated that his department is "trying to improve" the information on the new model, which has recalled that it will simplify the invoice. This will allow the user to “discern if there is sufficient or excessive power” to, where appropriate, adjust it, or be clear if it is in the regulated market of the Voluntary Price for Small Consumer (PVPC), the one recommended the most by the experts, or the so-called free market, majority and more expensive than the PVPC. The new system, he indicated, can also encourage the purchase of more efficient appliances.

The Director of Energy Policy has indicated that the Government will present "soon" the National Self-Consumption Strategy that contemplated the National Integrated Energy and Climate Plan (PNIEC) and has explained that the energy transition and the decarbonization of the economy is a process that does not it can be done "outside the consumers, which is how the sector has historically been regulated", nor "against" them, but at their side.

García Hernández stressed that his department is "very aware" that "all measures that will improve electricity prices are redistributive" because households with less income depend more on energy and within their energy consumption basket electricity has more weight.

The new bill has come into effect this Tuesday after several postponements, with the prices of the wholesale electricity market at its highest level since January due to rising CO2 prices. The Council of Ministers plans to approve a preliminary draft this Tuesday to act against the so-called "benefits fallen from the sky" of hydro and nuclear and, with it, lower the bill.

The blueprint, which has caused strong falls of Endesa and Iberdrola in the Stock Market, plans to use a part of the funds taken from the excess price charged for these technologies for the cost of carbon to defray the bill for vulnerable consumers at risk of social exclusion. But it will not be immediate and its entry into force will be delayed at least until 2022.

Nor will the application of the National Fund for the Sustainability of the Electricity System (FNSSE) be immediate, which the Government also plans to send to Congress this Tuesday and which plans to remove the cost of the oldest renewables from the electricity bill and lower it by 13% in five years .