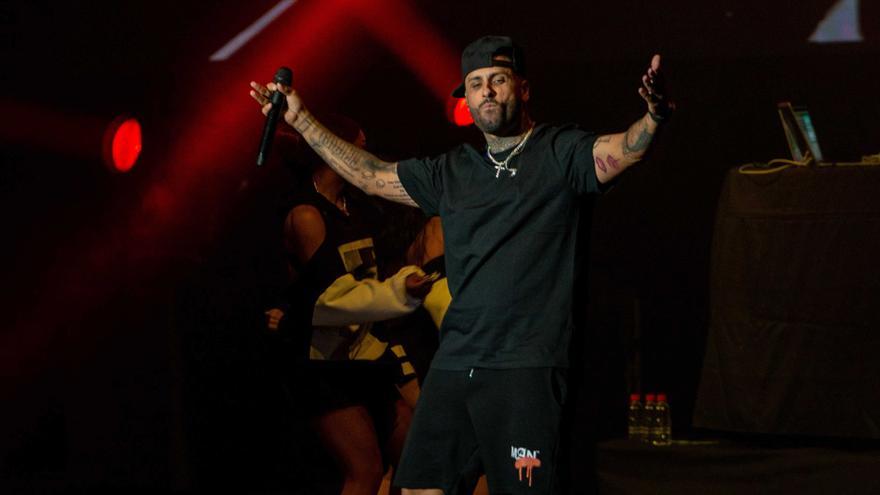 Miami (USA), Jul 30 (EFE) .- Singer Nicky Jam, one of the pioneers of the urban genre, released “Miami” on Friday, a new single with an official video that talks about the betrayal in the love and “third parties in discord”.

“I think they are going to love this song. It tells a very important reality of the society in which we live and, in addition, it gave us the opportunity to tell a story of heartbreak,” said the artist.

“Miami” talks about a man who is tempted to betray his partner with a girl who represents the new, the different and the forbidden.

Nicky Jam faces the challenge of overcoming his previous single, “Fan de tus Fotos” with “Miami”, along with Romeo Santos, which has accumulated 25 million views on YouTube one month after its release.

Born in the United States into a family of Puerto Rican origin, Nicky Jam counts in “Miami” with Dj Luian, Mambo Kingz and Neneto as producers, under the record label La Industria INC / Sony Music Latin.

The official music video is by Jessy Terrero, the favorite of the exponents of the urban genre, who has portrayed in “Miami” the city that gives it its name in all its splendor and was produced by Cinema Giants INC.

Nick Rivera Caminero, known as Nicky Jam, is recognized around the world as a pioneer of Latin urban music.

At the age of 11 he recorded his first album, “Different from others”, and immediately he was at the top of his genre with radio hits such as “I am not your husband”, “I’m going to party”, “Fiel a your skin “and” The complete combi “, among others.

He toured the world and became one of the first international stars of Latin urban music.

Just when he was enjoying success, his life took a 180 degree turn and he was forced to slow down his career for three years.

He managed to re-float his career in Medellín (Colombia) and came back stronger than ever, reaching five hits on the radio: “Think about me”, “Curiosity”, “Prohibited games”, “I’m going to drink” and the global hit “Mischief “.

In February 2015 he joined Enrique Iglesias to release “El perdón”, his most internationally acclaimed single to date.

In January 2016 he presented “Hasta el Amanecer”, a song that earned him the Latin hit of the year for the second time in a row, which was followed in 2017 by “El Amante” and his first solo album.

He received three Latin Grammy nominations in 2018 and collaborated on the hit “Te Boté Remix,” which featured the most viewed video of 2018 around the world on YouTube.

In 2018 Nicky Jam performed an official song for the FIFA World Cup, “Live It Up” alongside Will Smith and Era Istrefi.

His autobiographical series “El Ganador” premiered on Netflix in early 2019.