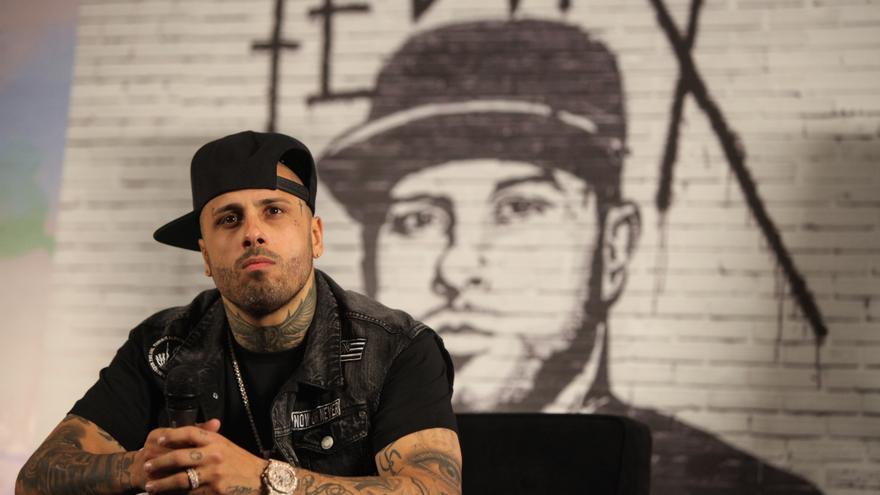 San Juan, May 8 (EFE) .- The veteran Puerto Rican reggaeton player Nicky Jam joined other local artists this Saturday who have expressed their solidarity for Colombia in the face of the violence that is experienced by demonstrations between citizens and the security forces and by the that at least 27 people have died.

“I was looking for what I could do to contribute a grain of sand to the situation in Colombia, the country that has given me so much, the country that gave me the second chance in my career and I liked it,” Nicky Jam started saying in a video of five minutes that he downloaded to his Instagram account.

“I think it is my duty to do the most that I can do for my country, Colombia, because it is my country too,” added the Puerto Rican artist, who was a permanent resident of the South American country for ten years and where his musical career revived.

Rejecting that his statements have “nothing to do with politics, neither the right nor the left,” the Puerto Rican artist emphasized that his position is to “be the voice of Colombia in the best way.

“My intention is not to offend anyone, but to try to give the best and most correct information and I hope it is taken with that intention,” he said.

“From starting as a peaceful protest and something that is being done to fight for the rights of the country and human rights, it has turned into a horrible catastrophe and I never thought I would see this in my ten years that I lived there,” explained Nicky Jam.

The demonstrations began on April 28, when thousands of Colombians took to the streets to protest a tax reform that the Government was planning to approve.

However, despite the fact that the government withdrew the tax reform that lit the fuse of indignation, this unleashed the worst social crisis in the recent history of the country, marked by police violence.

At least 27 people have died and there are still 359 cases reported as missing that are in the “process of verification and location,” the Prosecutor’s Office and the Ombudsman’s Office reported this Friday.

“There are no human rights, and the few that exist, have been attacked,” added Nicky Jam, while criticizing the vandals who have taken advantage of the protests to commit illegal acts, while other citizens demonstrate peacefully.

“All this is dividing the country and I am only calling for everyone to unite; the rich, the poor, the police, the non-police, the citizen, all in union,” he stressed.

In addition to Nicky Jam, other Puerto Rican artists have expressed themselves before the protests in Colombia, they are the rapper Residente, as well as the salseros Gilberto Santa Rosa, Marc Anthony, Víctor Manuelle, the orchestras El Gran Combo de Puerto Rico and La Sonora Ponceña, Roberto Roena, Charlie Aponte, Richie Ray and Wilie González.

“If I were Colombian, I would be against the tax reform and less at this time and when our governments do not know how to handle money, they steal everything and then the people have to pay with a reform like this,” said Residente in a video that He also posted on his Instagram account.

“As they say out there, if a people goes out to demonstrate in the middle of a pandemic, it is because their government is more dangerous than a virus,” added the rapper in said video, while on Twitter he added: “The rich man gives the order and the poor man shoots her “, lyrics that he includes in his song” La Bala “.

Meanwhile, most of the salseros asked for “peace” for Colombia, a country that for more than three decades has become one of its main squares and that even some of them have dedicated songs to them.

Cali, the third most important city in Colombia and where an annual salsa fair is held, remains the epicenter of social protests and police brutality on the 10th day of protests across the country, with blockades in the routes and the interruption of the arrival of merchandise.

“My beloved Republic of Colombia deserves peace and well-being. My family, friends and colleagues unite in prayer for peace and dialogue,” said Santa Rosa.

“My dear people of Colombia. In solidarity with you and wishing that peace, security and well-being reign for all. God bless you! I love you always,” added Marc Anthony.

“In the distance, but with the heart in this country that has given me so much and I consider it my home. Colombia, we are with you,” added Víctor Manuelle.