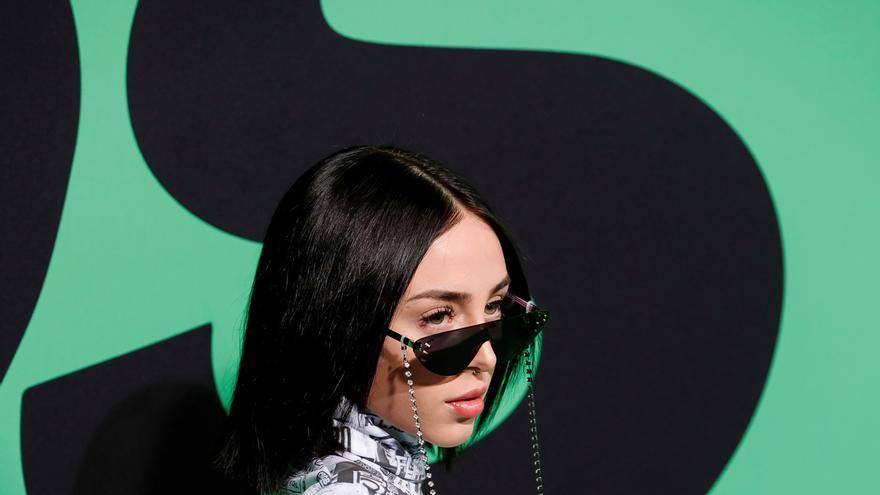 The record company reported in a statement that the song is also co-produced by Mauro DeTommaso and Facu Yalve (Evlay Beats), the producers of Nicki’s smash hit “Colocao.”

The video for “No Toque Mi Naik” was filmed in Puerto Rico by director Juanky Alvarez, a short film that captures scenes of Nicki and Lunay on motocross bikes in the company of friends.

“Shooting the song was an incredible experience,” noted Nicki Nicole.

“I got to know Puerto Rico, its people, its culture. We took a tour with Lunay and he showed me historical places from Old San Juan to La Perla,” the Argentine singer recalled.

Lunay said for her part that she felt artistic chemistry with the rapper and songwriter.

“We first met in Miami and worked on this song until late at night. Everything flowed naturally. I really admire Nicki and her ‘flow’, she gives herself completely. We clicked once and I’m excited to be able to release this song. finally, “said the Puerto Rican.

“No Toque Mi Naik” follows in the footsteps of their collaboration on Rochy RD’s recent “remix” “Ella No Es Tuya” with Myke Towers.

This song is a worldwide success with more than 200 million total downloads, and recently it was placed in Today’s Top Hits (27 million followers) the most important Spotify playlist.

She has also been cast on top charts like Billboard’s 21 Under 21 and Entertainment Tonight’s Latinx Artists on the Rise.

“Don’t Touch My Naik” is a preview of Nicki’s debut album that will be released in the coming months.

Lunay is also on Billboard’s 21 Under 21 chart, and his performance on “No Toque Mi Naik” positions him among the new generation of outstanding reggaeton artists.