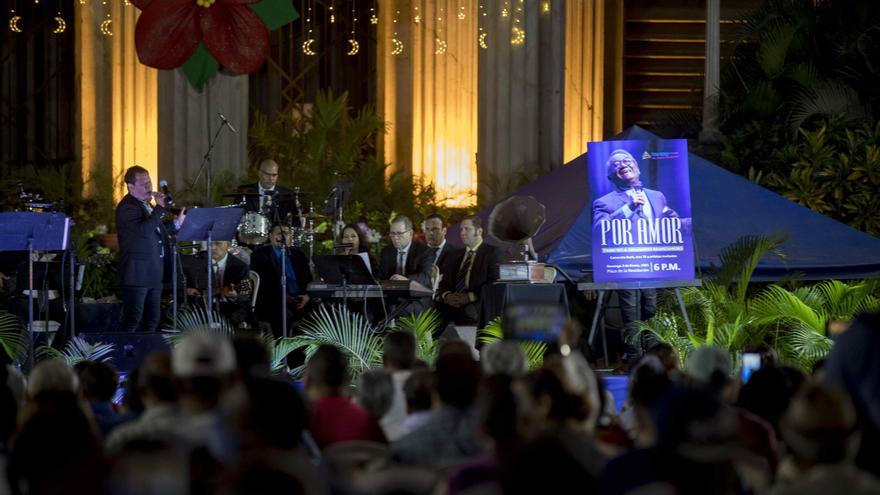 Managua, Jan 3 (EFE) .- Nicaragua paid tribute this Sunday to the recently deceased Mexican singer-songwriter Armando Manzanero, through an open-air concert in the Plaza de la Revolución, the most iconic in the Central American country.

The concert was in charge of the chamber music group Camerata Bach, and the Jazz Tá group, plus eight outstanding artists who were invited as guitarists and interpreters.

On an unusually cold night in Managua, Nicaraguan artists recalled some of Manzanero’s best-known songs, such as “I don’t know you,” “I miss you,” or “It seems like yesterday.”

Singer Álvaro Villagra, who also acted as master of ceremony, stressed that Nicaragua “is the first country in Latin America to pay a formal tribute (to Manzanero) after his death.”

During the concert, organized by the Government and attended by few people, most without masks, no reference was made to Manzanero’s life or the cause of his death.

“The best tribute to Manzanero and all the great romantic authors is to recite their work,” said the director of the Camerata Bach and the Rubén Darío National Theater, Ramón Rodríguez.

The interpreter Manuel Canales took the opportunity to send a “hello to heaven” to the “great of Latin American music.”

During a two-hour concert, and with the background of the old Managua cathedral, the artists performed well-known Mexican songs, such as “No”, “When I’m with you”, “I’m going to turn off the light”, or “It smells like danger” .

The evening concluded with all the musicians and vocalists performing “Somos novios”, in an illuminated square with the Christmas motifs that he inherited from last year.

Rodríguez said that the same concert will be taken to nine other cities in Nicaragua in the coming weeks, to extend the tribute to one of the greatest artists of Latin American romantic music.