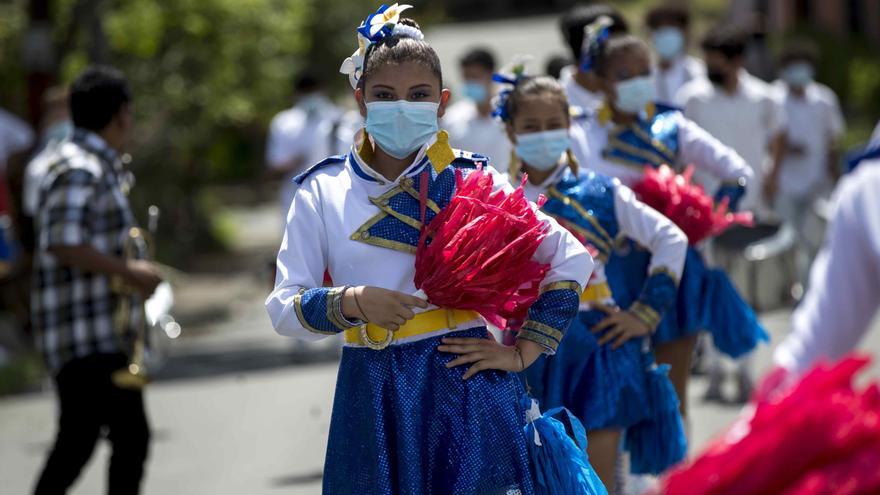 Managua, Sep 14 (EFE) .- With school parades, rhythmic bands and colorful uniforms, students from all over Nicaragua commemorated this Tuesday the 165th anniversary of the historic battle of San Jacinto, in which disadvantaged members of the Nicaraguan Army defeated the forces of the American filibuster William Walker, who wanted to take over Central America.

Students from primary and secondary schools in different municipalities paraded in the streets, in a national activity that is part of the national holidays of the Central American country, which gives the battle of San Jacinto a value almost equal to that of independence, which it is celebrated every September 15th.

Some of the student groups paraded or made their artistic presentations with masks as part of the actions to prevent contagion of covid-19, which according to data from the Ministry of Health, have shown a rebound in September.

The battle of San Jacinto took place on September 14, 1856 at the homonymous hacienda, located 42 kilometers northeast of Managua.

In this battle, one of the bloodiest recorded in Nicaragua, General José Dolores Estrada and his 180 men defeated some 300 Americans led by Walker, who sought to impose his dominance in Central America, according to historical records.

Sergeant Andrés Castro is known as the hero of the battle for his determination, since when he was disarmed, he took a stone and threw it at a filibuster, who died from the impact, which was supposedly a moral blow to the invaders, before to take flight.

Although Walker managed to proclaim himself president of Nicaragua, he failed to recover from defeat at the Battle of San Jacinto, a key transit point between the great lakes Cocibolca and Xolotlán in the 19th century.

Walker was executed in Honduras by a squad of the Honduran Army on September 12, 1860, after insisting on conquering Central America. EFE