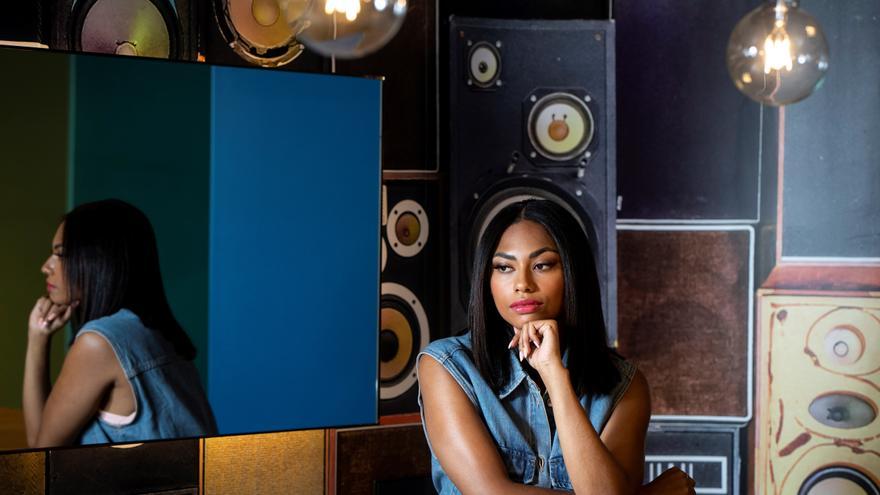 Madrid, Jul 10 (EFE) .- Since she took first place in the last edition of “Operación Triunfo” (OT 2020), Nia Correira has been working on the repertoire that is part of her debut album, a first EP physical titled “Cuídate” (Sony Music), with Latin rhythms that have put a soundtrack to the summer.

“I wanted to do something that I enjoyed and that I liked, I wanted to get out of that style that people were used to hearing from me in the academy, especially after singing ‘Run the world’ (Beyoncé). My thing is what is Latin “, she says proudly while laughing EFE in an interview.

And it is that for Nia (Las Palmas de Gran Canaria, 1994) there are basic principles that are non-negotiable: root, dance and classic Latin, evoking Cuban reminiscences. “This is the type of music that I have sucked since I was little, the one that I like and with which I enjoy. If they put me on reggaeton I dance the same,” he laughs, “but in classic Latin rhythms it is where I feel most comfortable. “, Add.

Almost since she left the music program, the young artist was very clear that she wanted to make an album, and that it be an EP format so that “nothing was left in the pipeline”. “Each song has a lot of work, its history and its why, it was all very well defined and I did not want anything to remain in the air,” he clarifies.

Likewise, he points out that this type of format “would help” people to get to know it, since “there are many people who have not followed the program and do not know who I am”, and thus “if your song plays on the radio or on Spotify they are already getting to know you “.

From her first musical project, Nia had already given some brushstrokes with the songs “Malayerba”, “Cúrame” -with Blas Cantó-, “Asumelo” -with Roy Borland-, “Arrebatao” and “My full moon” -with India Martínez -. But there was one more, “Maldito”, to put the finishing touch to his first album.

According to the artist, this last song was composed specifically for her by the singer Vanesa Martín: “It was super strong, the truth is that I am very happy that she has composed for me, because, in addition, I entered ‘OT’ thanks to a version that I made of one of his songs. So for me it is an honor, “she says excitedly.

Actually, there were two songs that the Malaga artist composed for the Canarian, but finally he opted for “Maldito” (also produced by Ismael Guijarro) to make it onto the album. “Whoever knows Vanesa Martín will notice her composition, obviously later I have made it mine, but it is fantastic,” he adds.

Nia arrived at OT 2020 with a training in vocal technique, modern music and with experience as a member of the Official Choir of the Gran Canaria Philharmonic Orchestra and as part of the cast of the musical “El Rey León”. He had also traveled to many countries and worked as a singer in “Lío”, one of the most recognized entertainment shows in Ibiza.

This is also why the doors were opened to him to co-star in Netflix’s first musical series in Spanish, “Érase una vez… pero ya no” directed by Manolo Caro and which has the Colombian singer Sebastián Yatra in the cast, in addition to Itziar Castro, Rossy de Palma or Asier Etxeandia.

“At first I had a bit of a bad time, well only the first day that I cried a lot -he remembers laughing-. Since I didn’t have feedback I didn’t know if I was doing well or not, but after that day, then I had to shoot with Asier. And it was all super. Hopefully more projects like this come out because I love acting, “he acknowledges.

Although nothing is known about her character yet, the series is an anti-fairy tale that tells the story of two tragically separated lovers who must meet again in another life to break the spell that has fallen on their people. “It is a very funny story, people will like it,” he advances.

While her followers wait for the series to be released, the singer has advanced some record signing date (July 12 at Fnac de San Agustín de Valencia, 13 at Fnac de Málaga and 14 at Fnac de Torres Sevilla), as well as that of the concerts in Barcelona on September 17 and in Madrid on September 19.