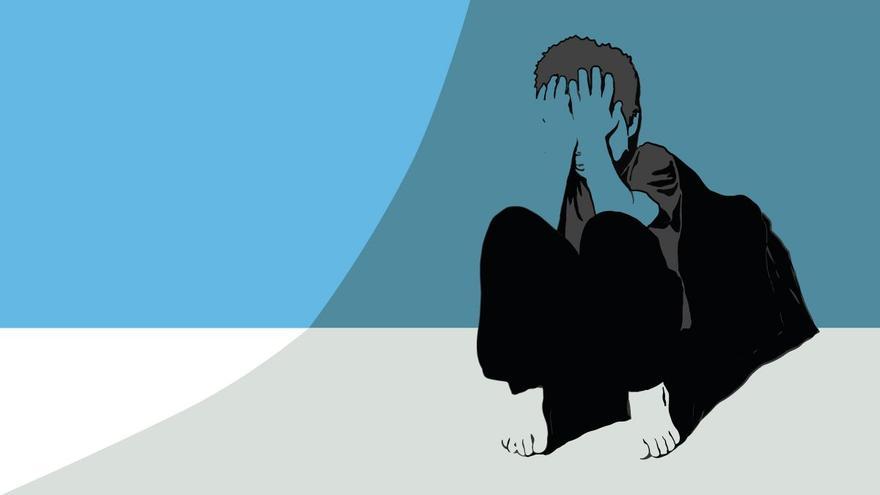 In March 2020, when the coronavirus pandemic broke out, the child and adolescent care teams (EAIA) in Catalonia were following 17,828 minors in a possible situation of risk or child abuse. In most cases, these are suspicions of neglect or negligence that warn social services, doctors or schools so that this specialized service that depends on the general direction of attention to childhood (DGAIA) clarifies what happens at home and manages to reverse the situation. In December 2020, and after several months of confinement, the number of minors being followed by the EAIA not only did it not increase but it fell by 7%.

“From March to July we find a total closure. Pediatricians, schools and drug addiction services were no longer present in the lives of these minors and their parents. We were the only ones who were connected with them. We lost many eyes to detect what was happening“, explains Gemma Martínez, president of the ASP EAIA association, which represents the professionals of this service. What they most detected was that many of the families saw each other no income, no access to supplies, unable to pay for food and living in overcrowded flats. It was the EAIAS, together with the social services, who were in charge of processing, electronically, all kinds of aid for these households.

“We close contact with family members, working to channel stress and frustration so that this does not affect the children,” adds Martínez. “In other cases, the situations of violence worsened. Images and videos came to us and we heard directly the fights that were taking place in the homes“says Martínez. In these scenarios the professionals activated the emergency teams of the Generalitat against child abuse (UDEPMI) so that the children left home urgently.

During the first semester of 2020, the UDEPMI assisted 989 minors in serious situations of child abuse. They are 50% less than the same period of the previous year. And if we take into account the global data for the whole year, attentions fell by 44%. “The problem is that no new cases could reach us. Schools, hospitals and centers for routine control of drug use for parents closed. In addition, the children could not leave the house or speak to a trusted environment to report the abuse they were suffering. And we were working overtime to closely follow the families that we already had assigned, “says Martínez. For decades ASP EAIA has been demanding an increase in resources for cases of child abuse.” Today more than ever. The cases are increasingly complex and we need more time to be able to assess the situation of the families we serve, “says Martínez.

Abuse detections were also overwhelmingly reduced made by hospitals or pediatricians. In the first half of 2020, cases of child abuse reported by health workers fell by 43%. In the total for the year, the reduction was 25% compared to 2019. “We have lost almost a year in being able to detect cases of child abuse due to the health emergency, although the risk factors have increased considerably. 80% of abused children have the aggressor at home. And who should protect them (the CAPs, the school or the Social Services) closed or was collapsed “, says the pediatrician of the Hospital Vall Hebrón, Anna Fábregas. This doctor has been coordinating the EMMA unit, specialized in the detection and recovery of child sexual abuse in the city of Barcelona.

In 2020 the hospital detected 134 cases of child abuse. “Right now we are overflowing. In the EMMA unit we expected an average of 10 cases a week and we have doubled it, “says the doctor. “We need resources and that childhood is at the forefront of the political agenda”, Fabregas points out. The doctor insists that it is very important that all professionals who care for minors can detect behaviors that can hide child abuse. Among them, he points out self-harm, the consumption of toxins, anxiety attacks or gastrointestinal ailments.

“It’s necessary that specific plans and programs are activated because we are not finding an increase in cases of child abuse, “says Beatriz Barrera, spokesperson for the NGO Vicky Bernadet.” It is true that school has returned, but it is not the same school as before, there are no spaces of trust and listening so that children can verbalize these situations of violence. There are also no extracurricular activities and the campaign that was carried out in the case of sexist violence has not been replicated for minors, “Barrera complains.

Save The Children also criticizes the lack of policies and public studies to reach abuse in childhood. “We are living an explosive cocktail. Han increased risk situations of minors but there has been no advertising campaign, no reinforcement to report it. The devices have not been adapted to the situation, “laments the entity’s head of Childhood Policies. Emilie rivas. A study by the entity revealed that 12% of parents had hit their children during confinement. But Rivas intuits that the figure is even higher. “Physical and corporal punishment is a very ingrained chakra in our society. There are many people who believe that hitting or humiliating a child is educating him. And no, it is mistreatment that only generates physical pain, but above all emotional pain, “insists Rivas.