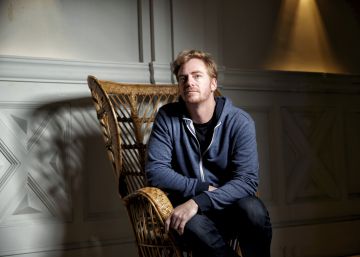 I wanted to talk about Next with Lautaro Perotti, who stars in it with Santi Marín, written and directed by Claudio Tolcachir, and I began by telling Perotti that the function made me think of a novel (or also a work) by Manuel Puig. Perotti stayed a few moments (few) in silence, and smiled, and said "it could be, yes, for that mixture of passion and rarity", and I said "and for that end, strange and yet touching", and we would have continued speaking of the Tolcachir-Puig relationship if I had not been asked several questions, and the first one almost seemed like a riddle ("how do you mount a play in which the actors cannot look or touch each other") from which we take to enter because Perotti left me progressively speechless as he told me about the tour, which is very amazing.