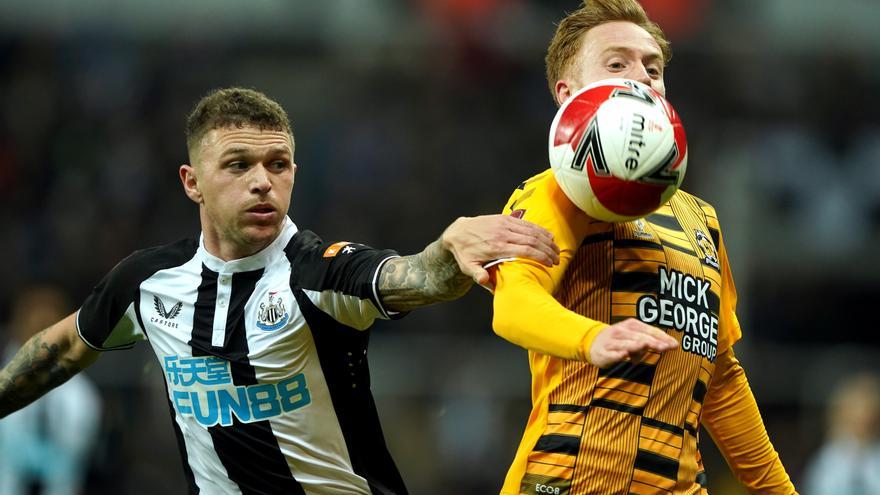 Last October, everywhere the Headlines who ensured that the newcastle United had just become the richest club in the world. And in a way it was true, because the sovereign fund of Saudi Arabia that acquired the historic English club has more capital than any other owner in the world, around €320 billion. With the backing of that fortune and the guarantee of enjoying the cover of an absolute monarchy, the world of football in general and Newcastle fans in particular believed that they were at the beginning of a megaproject that in a short time I could compete face to face with the big clubs of the premier league and ultimately all of Europe.

By the way, and that helped to bite the bullet before the reality of becoming indirect property of a misogynist, homophobic and fundamentalist dictatorshipthe Newcastle supporters got rid of Mike Ashleyowner since 2007, who for years has been leading the club to a drift of mediocrity, including the first two relegations (in 2008 and 2015) since 1989.

The first rumours, encouraged by the most tabloid press in the United Kingdom, drew pharaonic line-ups, speculating on the possibility that Kylian Mbappé, Erling Haaland, Paul Pogba, Raheem Sterling or Jules Koundé would end up in the short or medium term in St. James' Park and imagining a bench in which the orders were given by Zinedine Zidane, Antonio Conte or Diego Pablo Simeon.

The reality, however, is very different three months and a transfer market later. Despite Newcastle spending the most money in the world in January, they have been unable to attract top-tier talent. Not even of a second level, because from England there were reports of offers for players like diego charles, Alvaro Morata or Ousmane Dembele that were rejected.

The total investment made by the 'Magpies' in this market has been 102.1 million euros, according to the data collected by the Transfermarkt portal. The most expensive operation has been the signing of Bruno Guimarães (42 kilos), a Brazilian midfielder with a certain international cache from the French Olympique Lyonnais.

The most prominent name, however, is that of kieran tripper, for which they have paid around 15 million euros to Atlético. In this case, Newcastle took advantage of the winger's willingness to return to England as soon as possible and the lack of interest from the main Premier clubs to reinforce that part of the field right now.

Complete the list of acquisitions Chris Wooda 30-year-old New Zealand striker who has scored three goals with Burnley this season and for which Newcastle has paid 30 million; Dan Burn, a 29-year-old central defender who has been in the Premier for just two and a half in the ranks of Brighton, which has cost them 15 kilos; Y Matt Targett26-year-old left back who arrives on loan from Aston Villa, after the signing of Lucas Digne by the Birmingham team.

✍️ #NUFC are delighted to confirm the signing of Dan Burn from Brighton on a two-and-a-half year deal.

The clash between expectation and reality is more than evident, no matter how much these five signings are going to raise the level of the squad from the north of England with complete certainty. Something that they urgently need, given that they continue to be anchored in the positions relegation to Championshipof which they have practically not come out all season.

That inability of Newcastle to access contracts at the height of its real budget was already visible when they fired Steve Bruce, his former coach, at the end of October. Several names of first level technicians were considered and the chosen one was finally Unai Emerywith cache in the Premier after passing through Arsenal and with the rank of having led Villarreal to win the Europa League months ago.

The economic offer received by the San Sebastian coach was important and tempting, but he ended up rejecting it. After all, he meant leaving a Champions team halfway through the course to take command of one that was struggling in the final positions of the Premier table.

Newcastle ended up hiring then eddie howewho was unemployed after having descended with the Bournemouth the previous season. He is a coach with tradition in England, given that he took command of the modest team in 2012 in League One (the third category) and managed to raise it to the Premier for the first time in its history and add four stays in a rowbut he is far from being a technician of international prestige.

Football, in short, has brought him a bath of reality and humility to Saudi Arabia. The megalomaniac project It will come sooner or later, but at the moment Newcastle is a club without excessive power of attraction that is in the relegation zone with just 15 points (two wins and nine draws) in 21 games.

The players signed this month should be enough to get him out of the pot and start a new project in the summer, but the threat of relegation to the Championship is more than real. And there we would have to see what is the position adopted by a property run by a dictatorshipby definition little accustomed to external circumstances deciding for her.